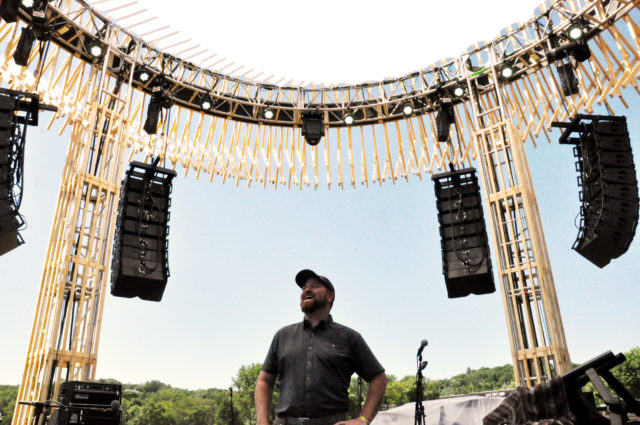 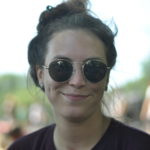 The stage-in-the-round, aka the “Flambeaux,” was used for the biggest projects and collaboration performances this weekend at Eaux Claires IV. It was designed by Erlend Neumann, a craftsman, sculptor and architect. Erlend previously designed the studio where The National recorded their latest album, “Sleep Well Beast,” and designed a partial stage-in-the-round for a one-time performance in Haven, Copenhagen. Since then, his idea for this stage has been growing. 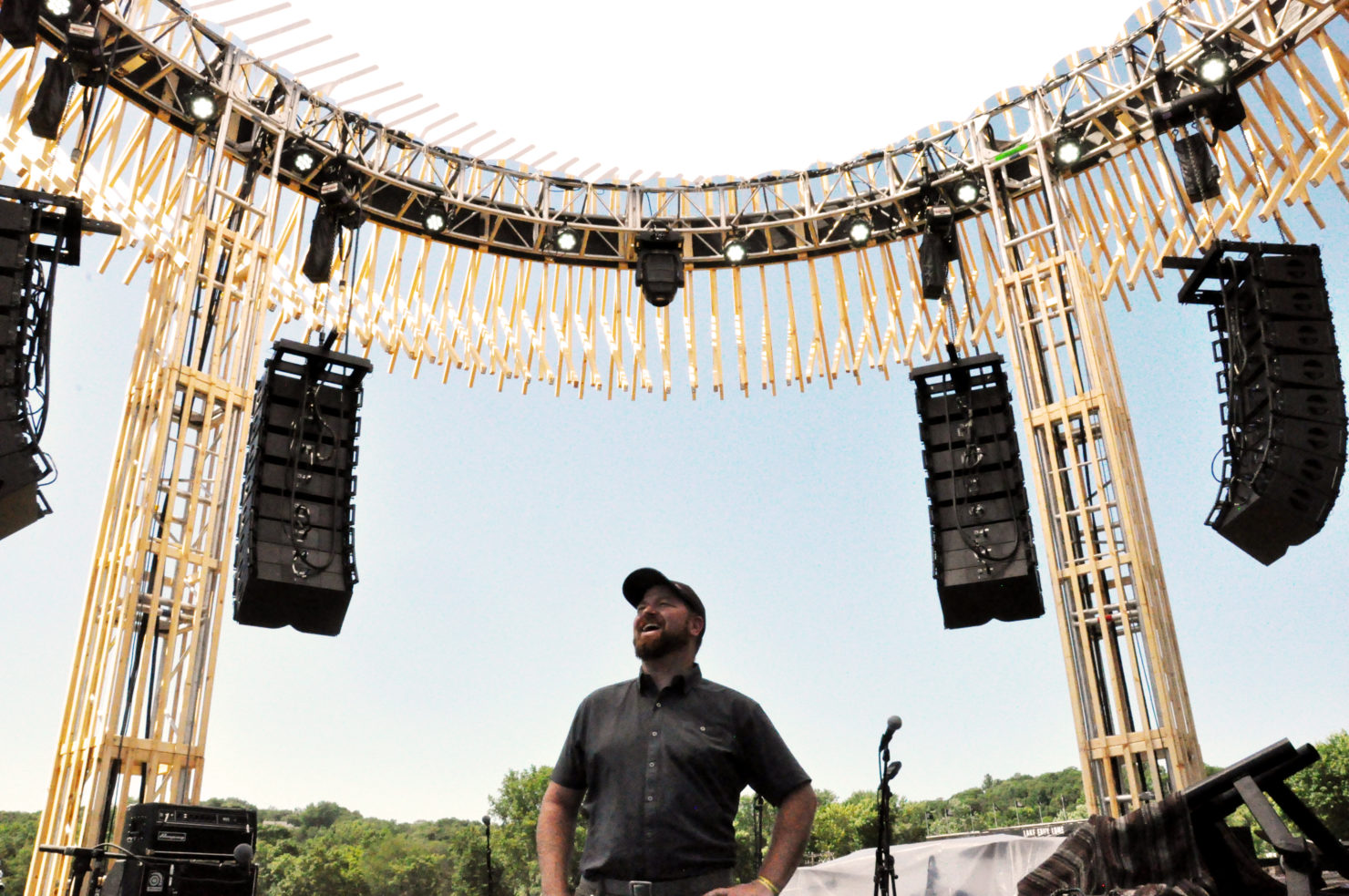 Erlend told me that he wanted to make it feel more inclusive, so that people didn’t feel like they were pushed farther and farther back. His inspiration partially came from the repetition in Justin Vernon’s lyrics in his Bon Iver and Big Red Machine projects.

“Repetition is very powerful on many levels,” he says. To him, that was a confirmation that he should also use it in his work. The set is made with 138 identical ribs where each piece is only one cut. It’s a two-dimensional form that creates a three-dimensional object. Erlend appreciates that it is something so simple, yet looks so complex. 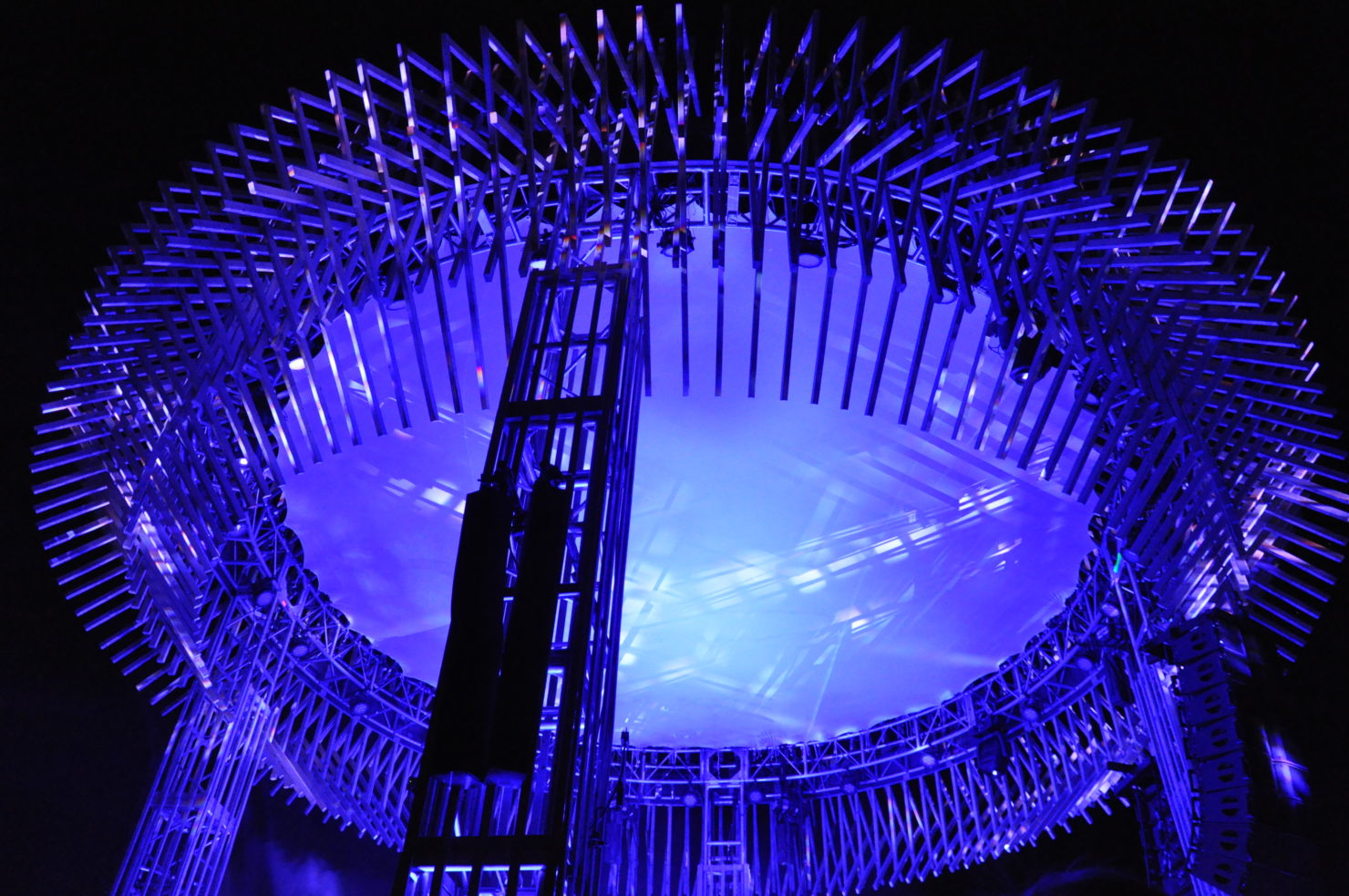 I thought I already liked the design when we saw it naked in the daylight for the opening ceremony, but then I fell in love with it once the sun went down. Justin Vernon and Aaron Dessner’s project Big Red Machine brought Friday night to an alluring end with their performance on the new stage. 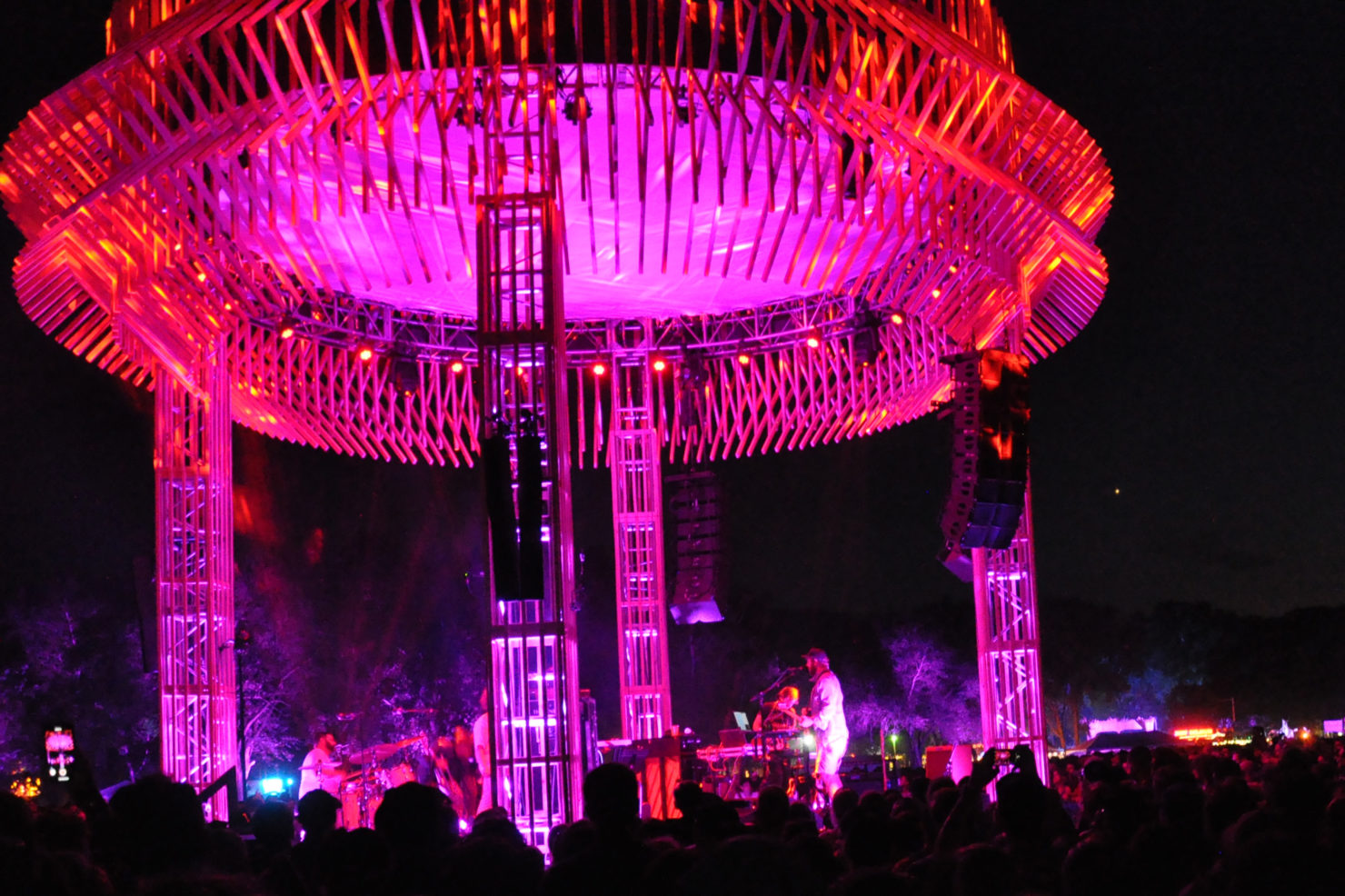 Then, on Saturday night, The National fully explored the stage, with Matt Berninger engaging the crowd along all edges of the ring and weaving through the center to interact with the other musicians.

The way the lights bounced off each detail enhanced the way I listened to the music. I was eager to feel the next beat because that meant the lights would bounce again. The instrumental moments where the colors would float around and trickle their way to the trees was captivating. The stage-in-the-round was one of the risks that paid off for Eaux Claires this year.

The Eaux Claires festival establishes an open-minded community among people who appreciate music and want to experience it in more ways than just the sound. Stage design is one element that can change and improve that experience for festival attendees.

This is the fourth Eaux Claires Music Festival and this time they tried something new, other than the secret lineup. In previous years, there have been two main stages, but they eliminated one of them to replace with this new concept: the stage-in-the-round. It’s a 360-degree layout which encourages the crowd to move completely around the stage. 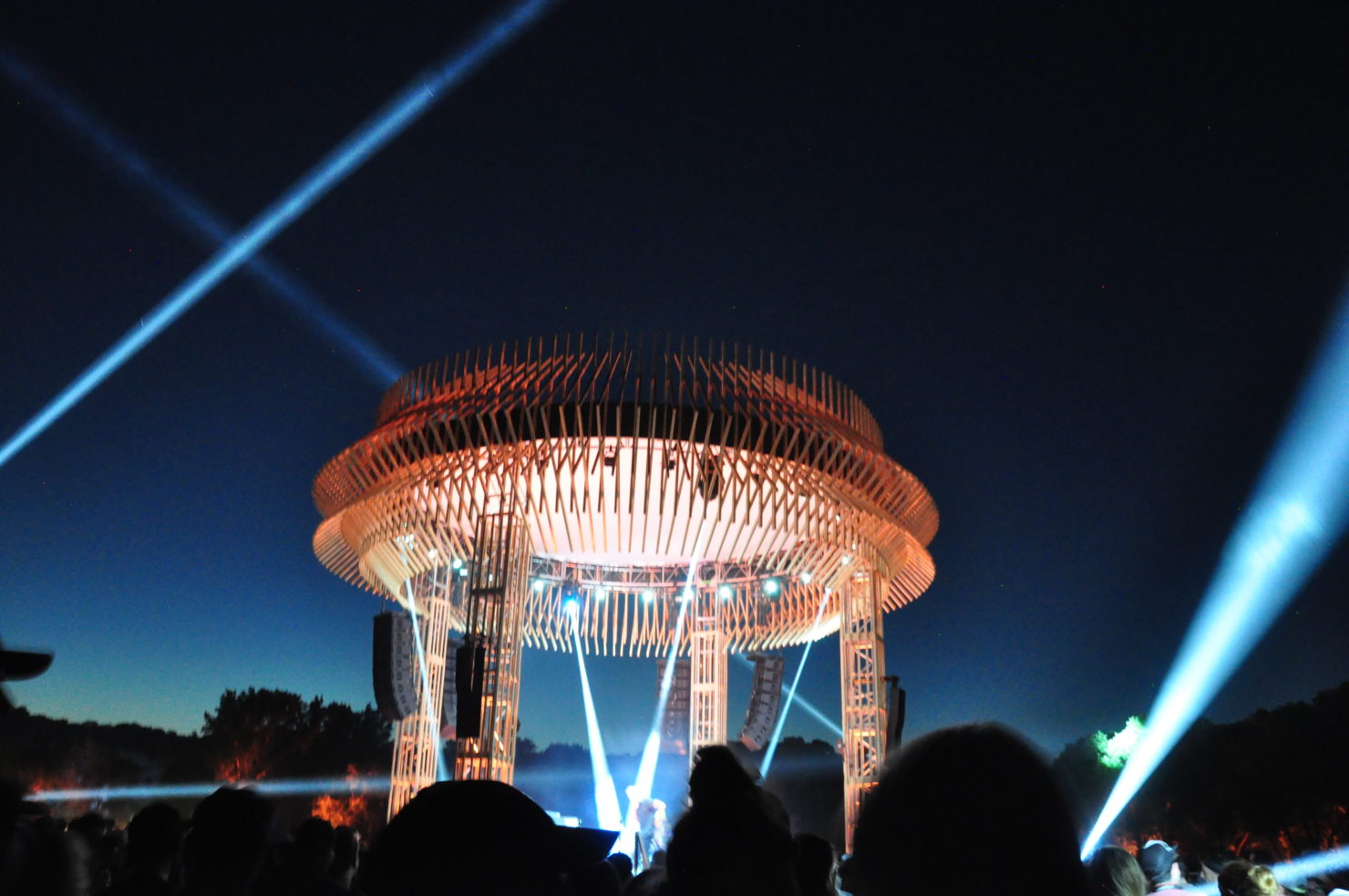 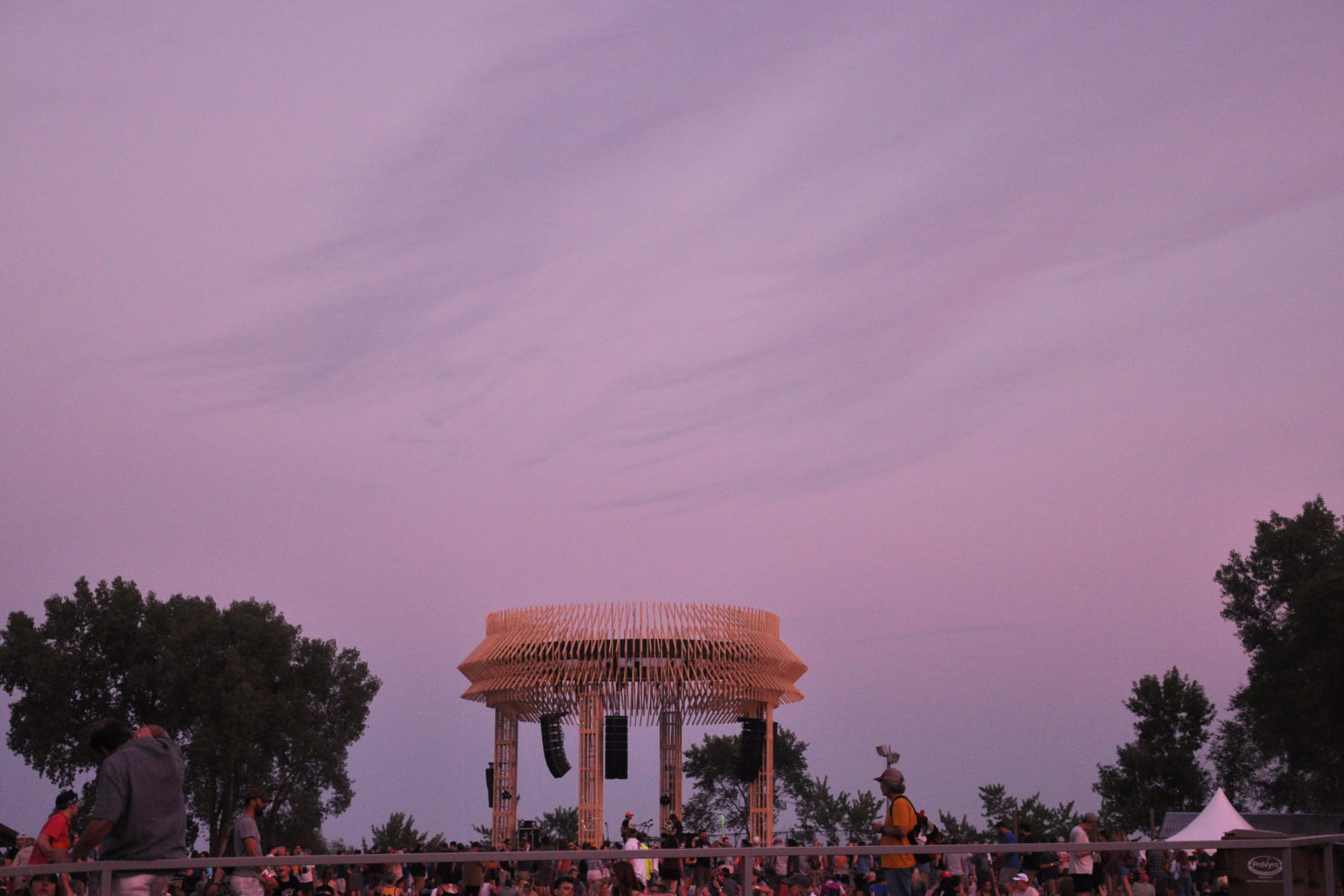 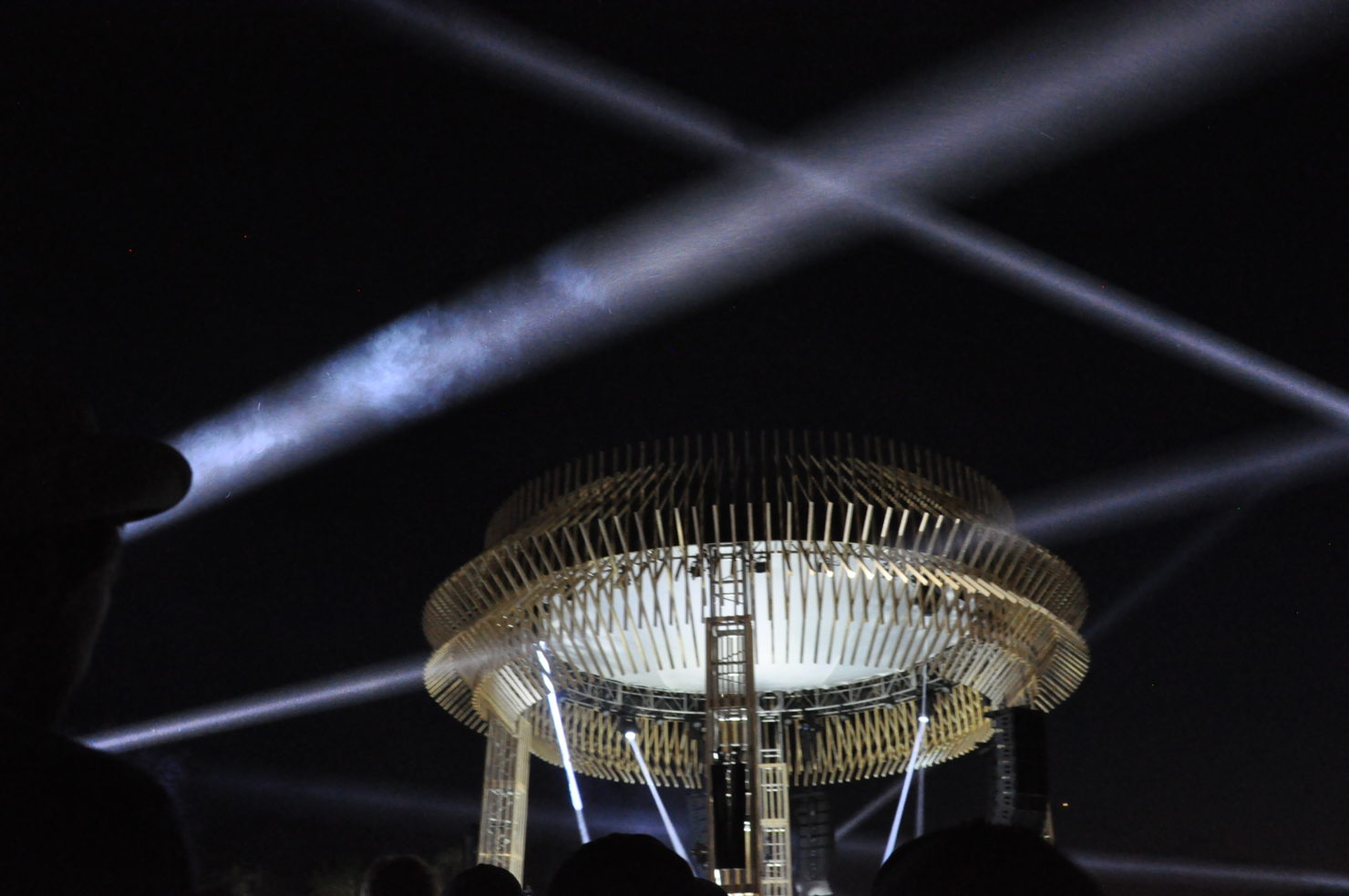 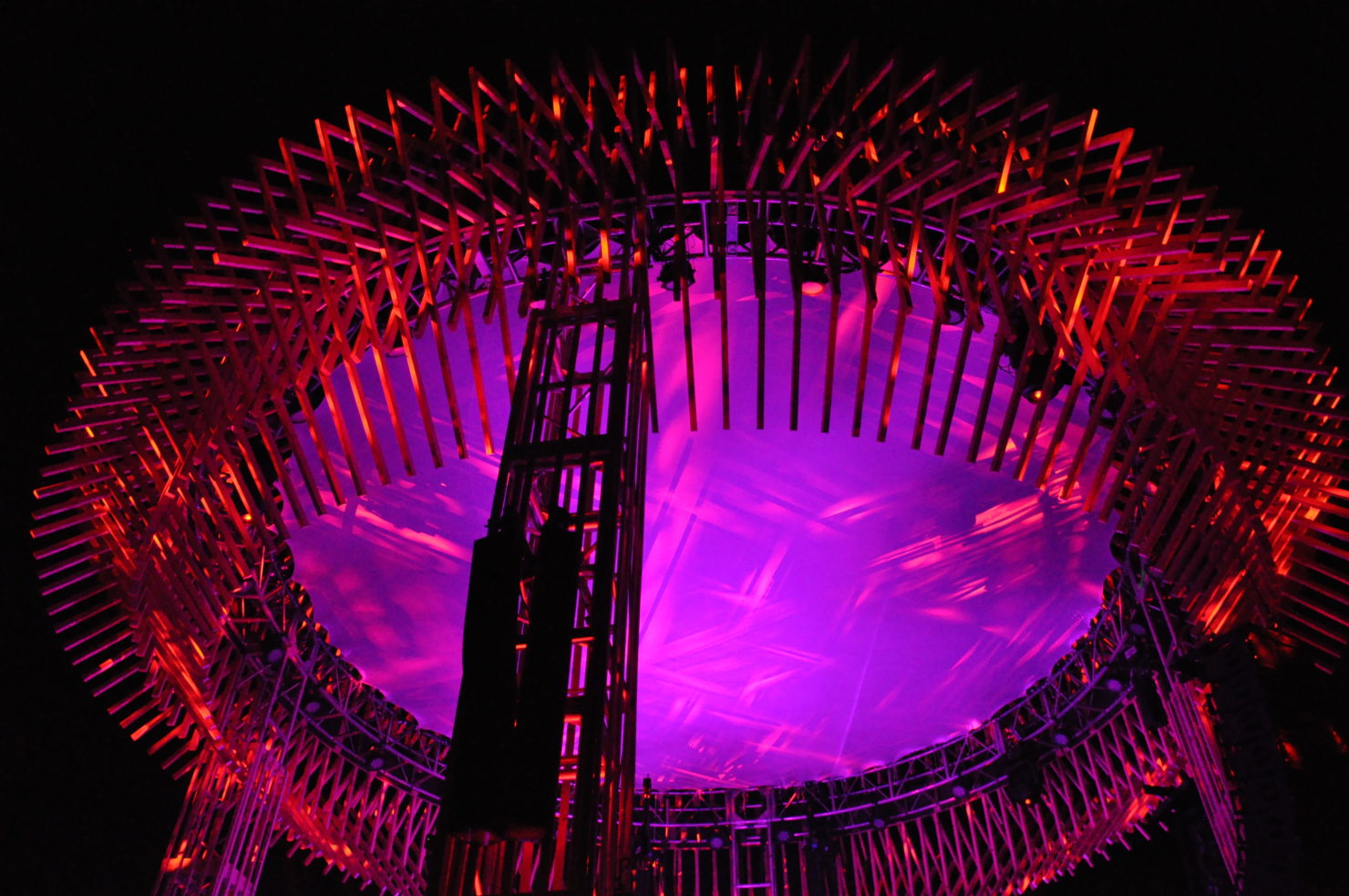 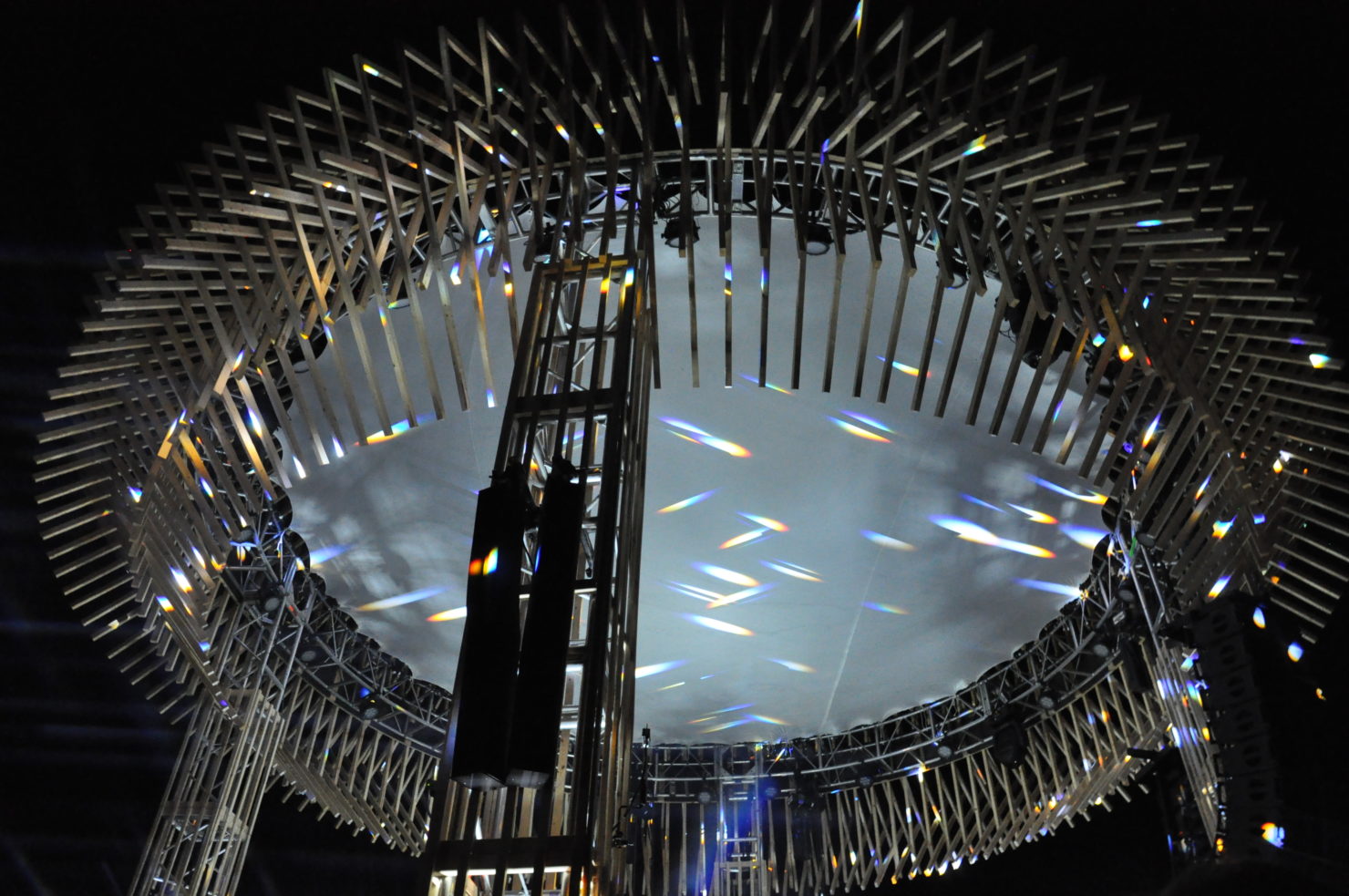 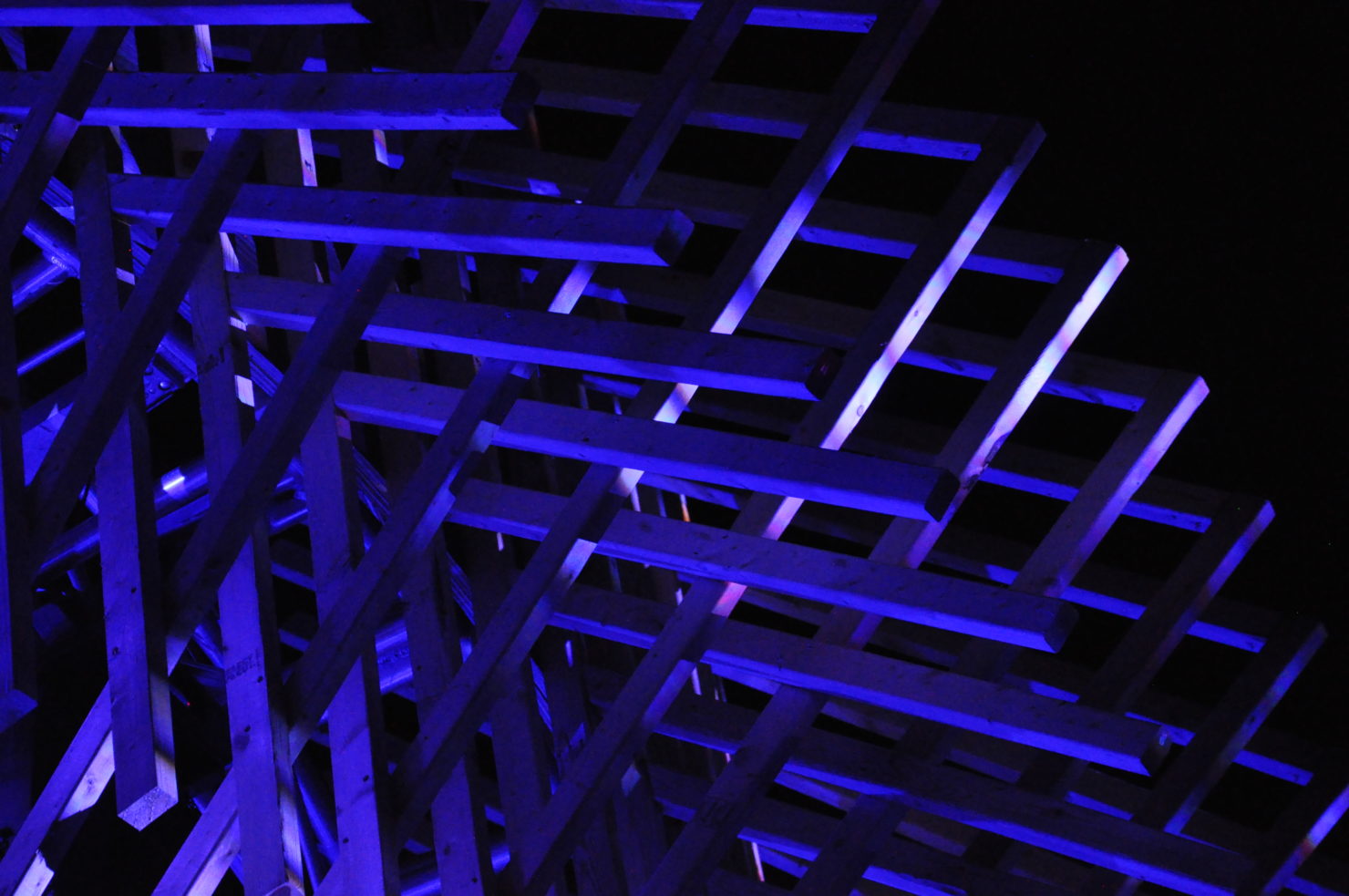 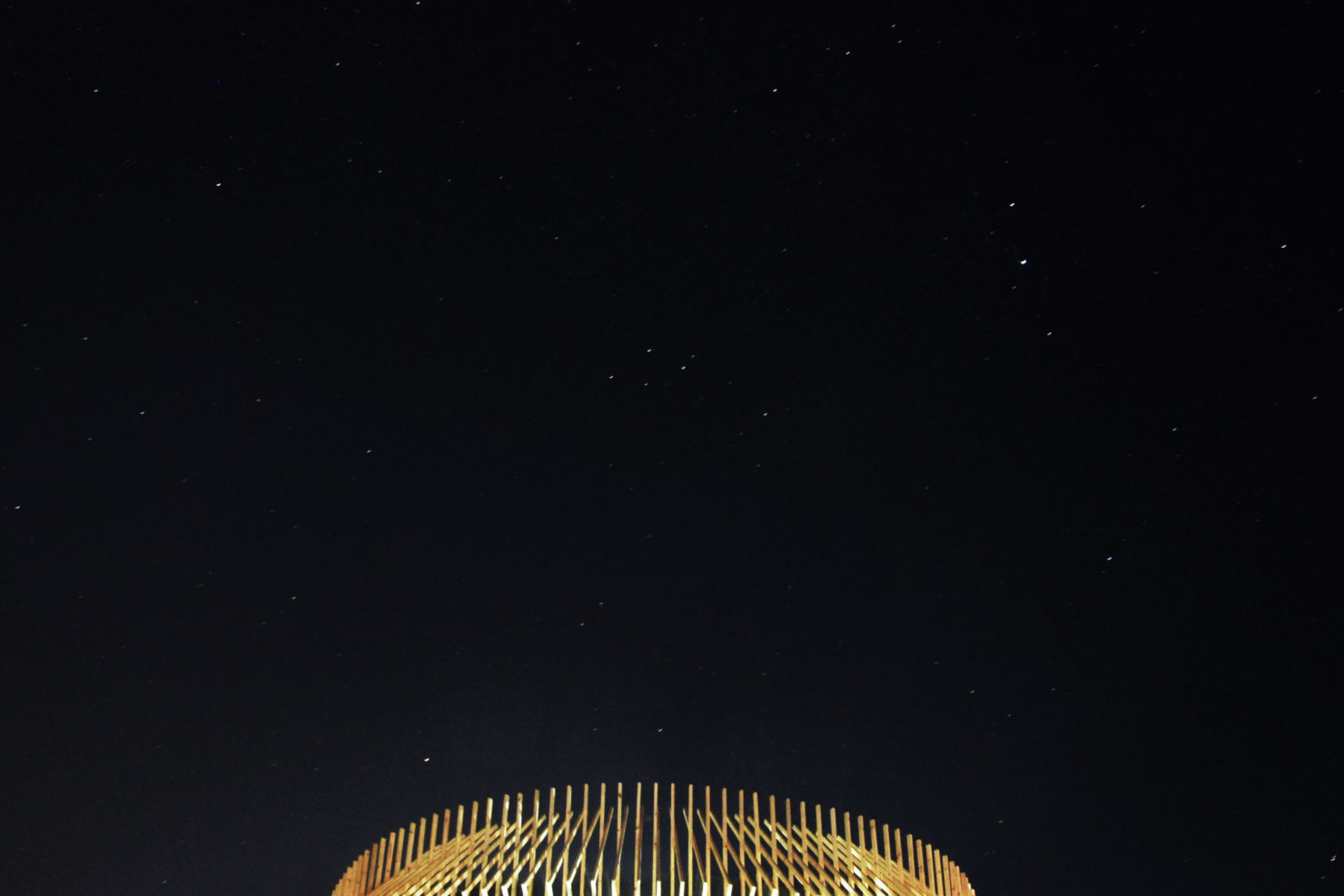 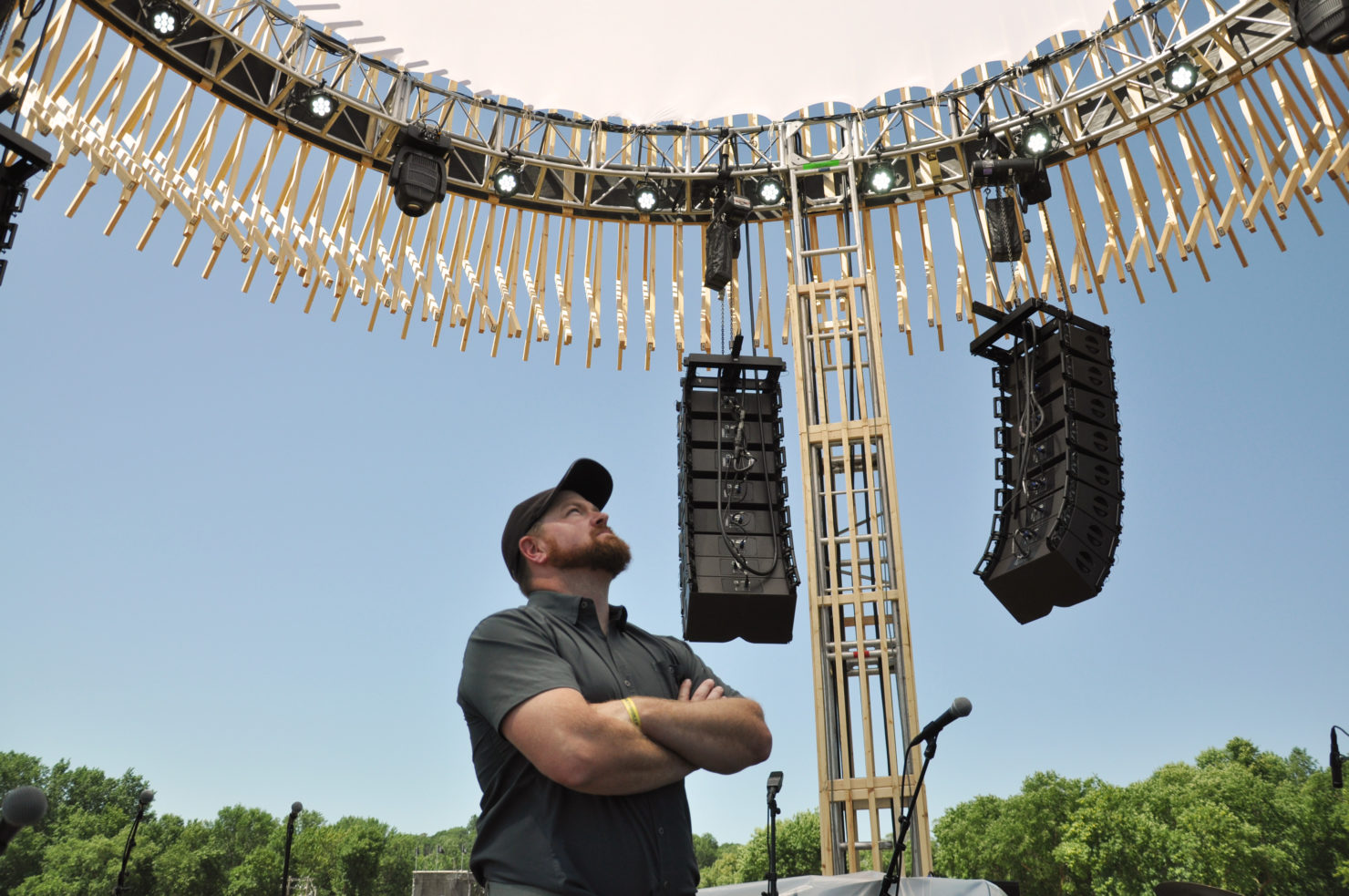 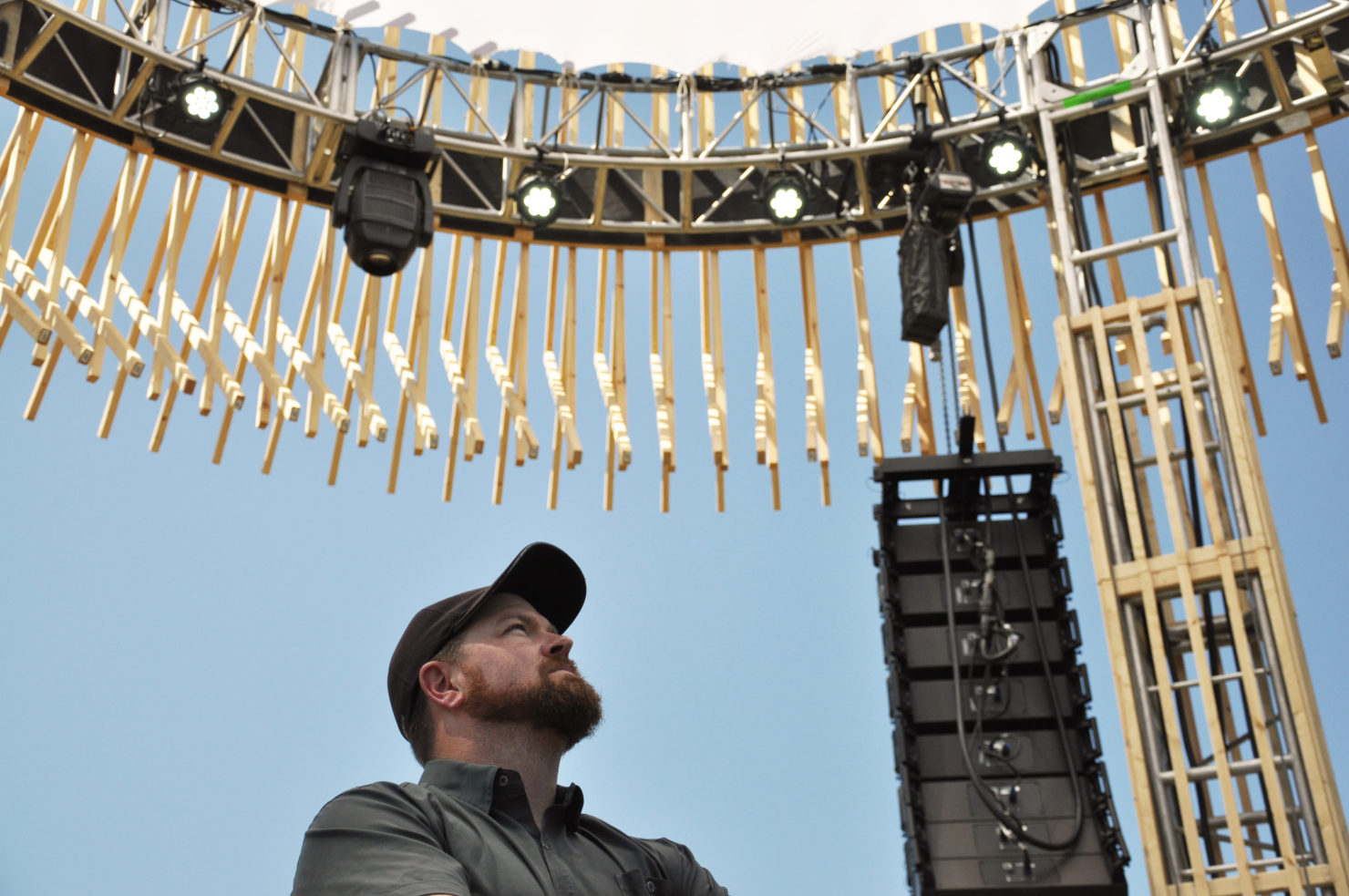