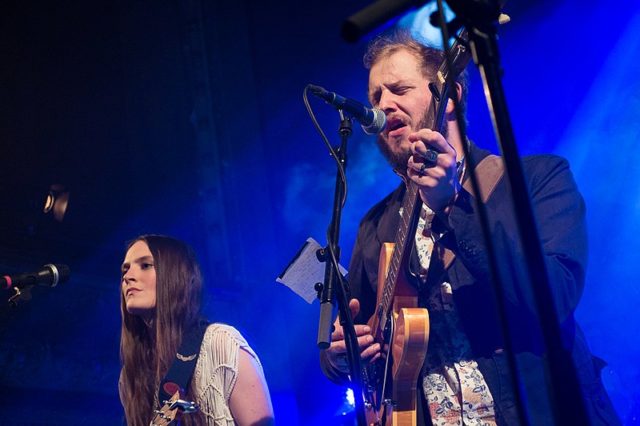 When Justin Vernon’s popular Eaux Claires festival announced that it was taking a year off this summer, organizers promised that it would look different when it returned. “We aren’t just changing locations, we’re bolstering our philosophies,” they wrote on the Eaux Claires website. “We want to celebrate EVEN MORE about this REAL TOWN we call home by extolling and imagining things we haven’t seen or experienced to date.”

Beyond that, the organizers have been tight-lipped about what form a future Eaux Claires festival might take, but on Sunday they teased a possible offshoot. A short video was posted on YouTube called “Eaux Claires Hiver” (“hiver” being French for winter) with the dates Nov. 21-24 teased in the description. The video was quickly pulled, but according to the Eau Claire publication Volume One, “it featured some wintry wooded visuals and, of course, a spoken word message from the festival’s official narrator Michael Perry.”

So does this mean there’s a winter installment of Eaux Claires coming up? We don’t know. But we do know that Bon Iver and the TU Dance company are staging a show called “Come Through” at the Pablo Center Nov. 22-24, so that could be part a festival.

Volume One’s post also speculates about another potential component of the festival, if indeed there is a festival. “We’d previously received reports of a festival across multiple spaces in the Pablo Center, with various collaborative performances from Eaux Claires familiars in the style of the PEOPLE festival, which started in Berlin in 2016,” the site’s Eric Christenson writes. “For that festival, all the artists meet one week prior to rehearse and write new ideas and perform them for the first time with the audience. Whether or not each musician is a part of a band, the festival’s lineup is made up of the given names of all the musicians involved rather than their affiliations. But it remains to be seen whether or not that will be the case here.”

The site also shares rumblings that this year’s festival may move to an a la carte ticket pricing system, but again, that’s all unconfirmed. We’ll have updates when and if Eaux Claires Hiver is officially announced.

Looks like it’s official. Today the festival shared this video.