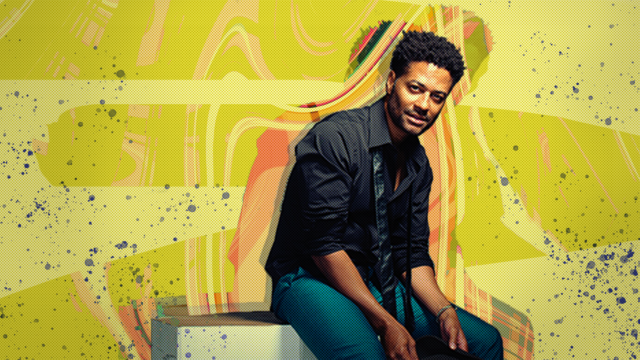 Every day during Black History Month, Radio Milwaukee is exploring a black Milwaukee artist who helped shape the music of this city. Today, I’m sharing the music of Eric Benet.

I personally have gotten to meet Eric Benet on multiple occasions since I lived in Milwaukee. In fact, the last time we met was at Y-Not III. I was outside the bar taking a smoke break and here comes Eric Benet walking down the street barefoot and then he sees me and calls out my name. The fact that he remembered my name blew me away. And at that moment, I started to sing one of my favorite Benet songs in my head, “Georgie Porgie” featuring Faith Evans.

That song happened to be featured on his platinum-selling, second album “A Day In The Life.” An album that helped to define the genre of neo-soul. And I didn’t even realize that he is a native of Milwaukee until I moved here over 13 years ago. Beyond his four Grammy nominations, Benet is a living legend in modern soul and R&B circles. Even on the aforementioned album, he collaborated with icons like Roy Ayers, Me’Shell Ndegeocello and a Tribe Called Quest’s Ali Shaheed Muhammad.

Even before his solo career, he was part of the Milwaukee music scene performing with his sister Lisa in a group called Benet then later joining the band Gerard during the ’80s. He also joins Bob Uecker as an alum of Bradley Tech.

Benet is a true Milwaukee treasure. Beyond his musical career, Benet works to fight human trafficking and sexual abuse of women and girls around the world with Mission Save Her, a charity he co-founded with actor/singer Reggie Benjamin.