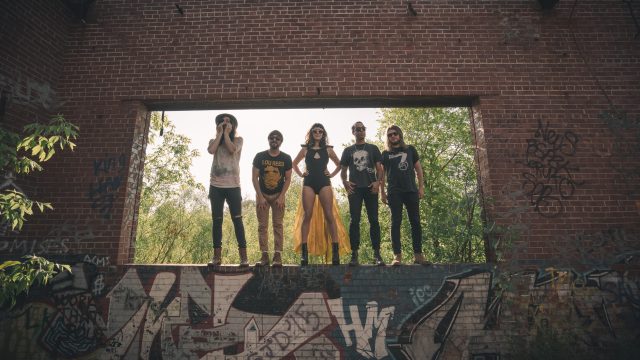 GGOOLLDD‘s front woman, Margaret Butler, talks with us about the band’s new single, their experience recording with a producer in Atlanta, and positive vibes for the future.

“Undercovers” is a breath of fresh air for GGOOLLDD. They had the opportunity to record with producer Ben H. Allen (Cee Lo Green, Deerhunter, Bombay Bicycle Club, Animal Collective) in Atlanta. And after some lineup changes, they had to ask themselves, “Who are we?” The five members of GGOOLLDD have re-united as a team and a band. This new single is proof that only great things will continue to come.

This was the first time the band produced music externally. They asked Ben H. Allen if he’d be interested in producing and were excited when he said, “Yeah, come to Atlanta.”

“It went really, really great,” said Butler. “Within [a week of asking Ben], a couple of us went down there and worked with him. We are music nerds — we know a lot about music, songs, instruments. But, Ben Allen is a music tech nerd. He knows a lot. It was like magic. It was really magical.”

“Undercovers” depicts Butler’s true passion and energy; it empowers her to express herself and encourage others to do the same.

“I get whiplash every time I play it live! I don’t mean to, it’s just that I get so excited,” she said. “We figured out a dynamic and a process that works really well for us. It means a lot to us and it’s a new birth for us. It’s a great testament to what is coming in the future.”