Guns N’ Roses are bringing their 2020 tour to Summerfest

Guns N’ Roses are bringing their 2020 tour to Summerfest 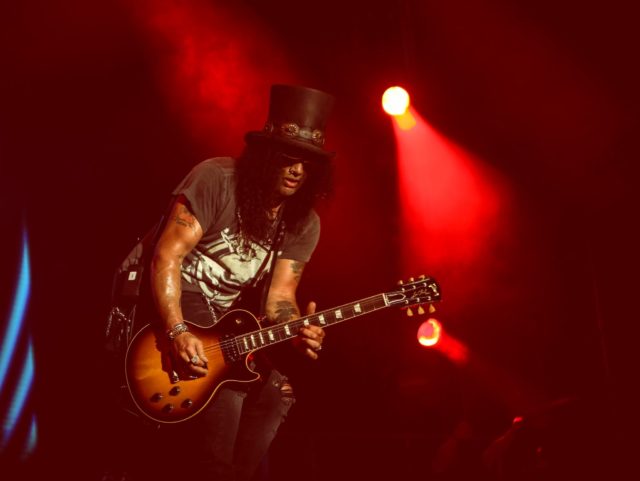 Guns N’ Roses will headline Summerfest’s American Family Insurance Amphitheater on July 4, the band announced today. The show will be part of the legendary hard-rock band’s huge 2020 world tour, which will take the band through huge chunks of North America and Europe.

The show will feature something resembling the band’s classic lineup. After years of touring with ringers, Axl Rose reunited with Slash and Duff McKagan for a huge and lucrative tour in 2016. Like those shows, this one promises to deliver all the expected hits, “Welcome to the Jungle,” “Paradise City,” “Sweet Child o’ Mine” and “November Rain” among them.

Tickets go on sale Friday at 10 a.m. Prices have not yet been announced. And, as is usually the case with big tours, there’s a pre-sale. “Citi cardmembers will have access to purchase pre-sale tickets beginning Tuesday, February 4 at 12pm local time until Thursday, February 6 at 10pm local time through Citi Entertainment®,” according to a press release. “For complete pre-sale details visit www.citientertainment.com.”

The American Family Insurance Amphitheater calendar for this year is starting to fill in. The other headliners announced during Summerfest include Justin Bieber, with Jaden Smith and Kehlani, on June 24; Luke Bryan with Morgan Wallen, on June 25; Chris Stapleton and Sheryl Crow, on June 30; Ozzy Osbourne with Marilyn Manson, on July 1; Dave Matthews Band, on July 2, and Halsey with Chvrches and Omar Apollo, on July 3.