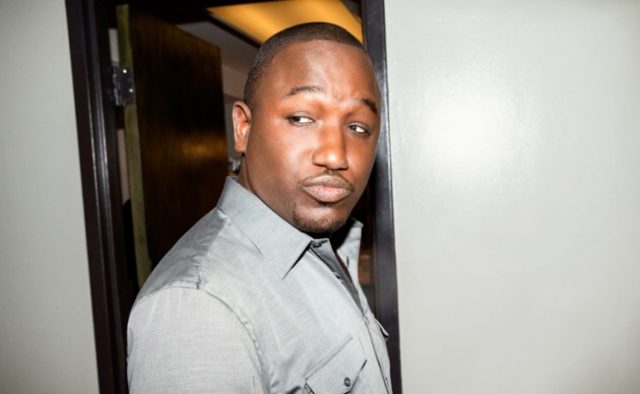 At just 32, Hannibal’s resume is impressive.  He is a cast member on Comedy Central’s hit series Broad City, as well as the co-host of Adult Swim’s The Eric Andre Show. This year, he starred in his own series, “Why? With Hannibal Buress,” which airs on Comedy Central. The series has become one of my favorites of 2015. He recently filmed his forthcoming Netflix stand-up special in Minneapolis.

Outside of his comedy, the one thing that I really like about him is his passion for music. From ‘playing’ drums with Speedy Ortiz at SXSW to hanging out with Chance The Rapper in a music video to recruiting Flying Lotus as his DJ for his Comedy Central series, Hannibal Buress’ taste in music is almost as impressive as his comedy.

When I got a chance to talk with Hannibal, I focused the interview on his love of music.  Read the entire interview below.

TM: What is your favorite drink or cocktail and do you have a genre of music you like to drink to?

HB: My favorite drink is whiskey on the rocks with a little ginger ale.  Music to drink to…it depends on the mood, but good trap rap is fun music to get a little bit faded to.  I listen to some of Future’s album. The album has got an energy to it that makes you want to get faded.

TM: I read somewhere that you wanted to put out a solo rap EP. Have you started to work on it?

HB:  I started some work on it. I started the A & R process a little bit. I got some beats from people to listen to and put out some feelers to see, you know, who maybe want to be down to do a verse or a song.

TM: Speaking of people to work with, who would you like to collaborate with on the E.P?

HB: Maybe something with Flying Lotus. We (Flying Lotus) recorded some stuff before, but never put it out. Maybe (get) Statik Selectah.  If I got a Pharrell beat, that would be crazy. But that won’t happen. Maybe get some Chicago flavor on the EP like Chance the Rapper or Vic Mensa.

TM:  You are a big fan of Jean Grae and you have called her one of hip hop’s best lyricists. What is your favorite track by Jean Grae?

HB: The one that jumps in my head is “Before The Summer Broke.” She is talking about some heavy stuff on that song. She also did a verse on one of Wale’s mixtapes that was nice.

Hannibal also talked about one of his favorite new artists of 2015 by the name of YC the Cynic out of Brooklyn.
Then we talked about Hannibal’s favorite track from Flying Lotus’ latest album, “You’re Dead!,” which is the track called “Fkn Dead.”

I have placed Hannibal Buress’ top 5 songs of 2015 into a Spotify playlist, so you can listen to it on the way to his show this Saturday at The Riverside Theater. Please note: Towkio & Chance the Rapper’s “Heaven Only Knows” is not available in Spotify.