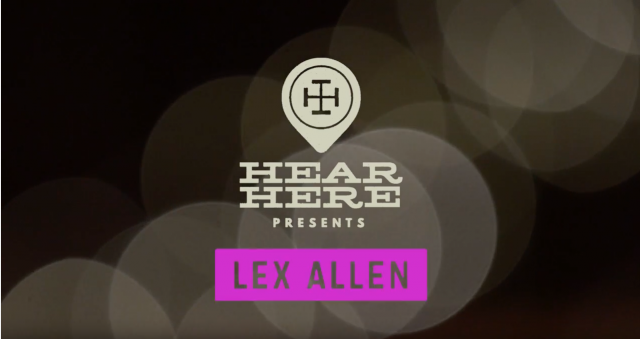 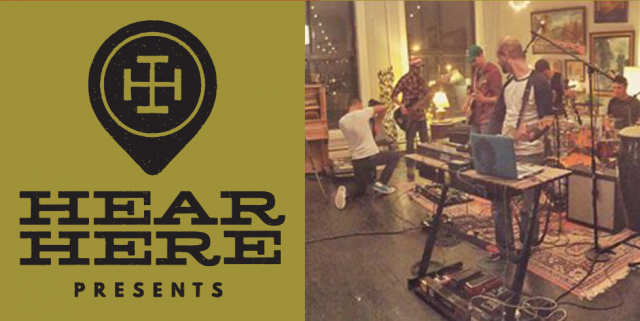 Local video series and blog Hear Here Presents celebrates it’s one year anniversary this week. Radio Milwaukee sat down with co-founder Ryan Holman to dig into how they got started, what they do, and what’s next:

What is Hear Here Presents?

Hear Here Presents is a local, live music video performance along the lines of KEXP Live, Audiotree Live and NPR’s Tiny Desk Concert all rolled into one.
We take local bands or touring bands and get them in our studio. We shoot three live songs, cut them, mix them as professionally as we can and put them out into the world through all our social media channels and YouTube.

What’s the percentage of local to national bands?

Right now probably 90% local, 10% national like Madison, Chicago or we caught a band as they were passing through.

How do you decide which bands to feature?

For the most part, it’s been bands I listen to and like or have seen and I reach out to them. Some people have reached out to us who’ve seen our videos, and we decide if we want to work with them or not.

We felt like there was a void of really good, artsy, live music video shoots in Milwaukee.

How long have you been doing this?

We just had our one-year anniversary of when we put out our first video, October 17th. We’ve been shooting for about a year and two months or so.

What is your background, how did you start the series?

Actually, I have been doing stand-up comedy in Milwaukee for about five years now. I started producing comedy shows, and those turned into comedy and music shows. My girlfriend Jenny and I had done those at multiple venues around the city and we just really love the local scene in general – both comedy and music.

We felt like there was a void of really good, artsy, live music video shoots in Milwaukee. It was something that, as we continued to put on these shows, we had this as a vision of someday ten years down the road we would own a bar/venue that we can set up cameras permanently, decorate it like our living room, have these bands come through; thinking like Terrapin Station out in California or something like that. Everything is set up and if someone comes through and wants to play, we can just record this and it will help the venue, help the band.

About a year and a half ago I was hanging with some buddies who are in Cavewives and they were showing me their practice space and when I saw it I thought, “Wow. We can do this here! Can we decorate?”

We pitched it, and we pitched it to our buddy Ryan Gardiner, he was into it. He became our audio engineer and one thing led to another.

I’m obsessed with music but I have zero musical talent. I like sharing it. I like what other people do, I’m good at finding it, hunting it down and listening to it.

You do have music discovery on your Hear Ye! Blog, which seems to be all about distributing music. Is that run by you?

Yep. Before we started Hear Here Presents, the music video series, I would make a playlist, my girlfriend would make the cover art and we’d put that together and give it out as a gift. When I shared a picture of it on Instagram, a bunch of friends were like, “Oh my gosh, we would love one of those.”

We started sending them out to friends around the country and around the city. That was “Hear Ye!” – that’s my DJ name. That turned into the website, because you can’t put all the music on an 80 minute CD. I could share a song every day, forever. So I started the website.

Where do you find music?

I follow a bunch of different music blogs, music sites, record labels, bands on Facebook. YouTube is pretty good about recommending music, same with SoundCloud, so really, everywhere. I could be out at a restaurant and hear a song I’ve never heard and I’ll Shazam it and go home and listen to that later, and that shows me something else. It’s great.

One very positive thing about the internet is the connectivity ad the predicting what you’re going to like. I like being able to share with friends, “I hope you like this more popular band, and you’re definitely going to like this smaller band.” I look at it like investing in penny stocks, that’s he way I’ve joked about it. There are bands I find that have like 100 or 200 likes on Facebook and I’m like, “this band is going to blow up. I can guarantee it right now.” And then a year later, they have 20,000 likes. I wish there was a way I could make a career out of that.

You started out in stand-up. Are you currently doing stand-up or is this taking up all your time?

Unfortunately I’m not doing stand-up at all. I got a back injury. Standing in one spot is the most uncomfortable and annoying thing I can do. So, unfortunately no stand-up right now.

Hear Here kind of grew out of my injury because most of my time prior to hurting my back was going to stand-up, producing stand-up shows. When I wasn’t able to focus on that as much, I have to be creative at all points. I’m curating more than I am creating. I’m not making the music, the art or making or mixing the sound, but bringing people together who are really good at things and letting them do what they are good at is still a lot of work.

Although it sucks that I can’t stand, it’s been a really rewarding and fun thing to help out different bands and to give the videographers and editors something to add to their resume, or just something fun if they work in commercial work. It’s been working well.

What are your goals going forward, do you have a mission?

The mission develops and changes little by little as we grow. Right now, we’ve had about 20-25 people work with us. That’s video, photographer, artists, this that and the other, not including bands – just on the Hear Here team. They are all putting in a lot of time, which is a lot of money to them. It would be nice to get some sponsorship down the road or team up with something bigger to help our reach.

I look at it like I see the music industry. A band can’t typically just write a couple good tunes and can’t get signed by a label. These days they have to prove they have some followers and have done work on their own. That’s kind of how I was looking at it this first year. I didn’t want to just go asking for money after we had an idea or after we had released one video. I wanted to prove, hey, we’ve around 25,000 views for our fifteen releases, which is not huge, but we’re growing. We’re growing subscribers, we’re growing likes on Facebook and followers on Instagram.

I was trying to build it and put together a really nice package to eventually go and team up with someone we could help and who could help us. That’s the ultimate goal. It was never for money, it was for fun, but to keep it sustainable and keep it growing, we’re going to have to involve money at some point. It was good to know we weren’t in a rush to do that, we want to do that the right way. We want to retain creative control, but we’re okay teaming with something bigger than ourselves.

We know we’re never going to have a shortage of music to shoot. My short list right now of people I’ve talked to that I want to shoot is 30 bands right now. And that’s double what we’ve released. So, we’re going to keep it going be hopefully we’re going to be supported.

For more info on Hear Here Presents, visit them at: http://hearyemusic.club/