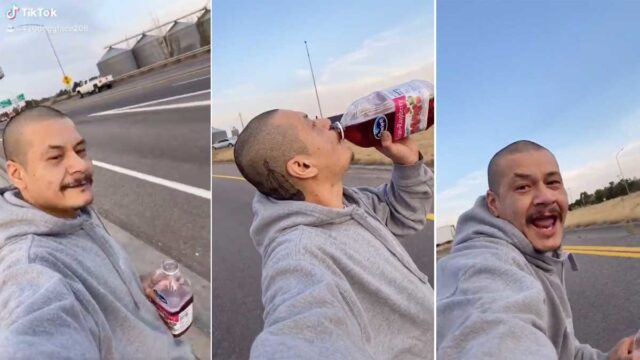 Let’s face it, this year is beyond awful. It is has been nothing less than a dumpster fire. I never felt so many highs and lows in my entire life. This pandemic made me realize how lonely I am, which didn’t help with my anxiety and depression. Even as an introvert, I miss human contact. Then there were the killings of George Floyd, Breonna Taylor and Ahmad Aubrey that added to my already tumultuous emotional state. Then I ended up in the hospital overnight with chest pains. I also had some highs like connecting Milwaukee’s The Tandem to Jose Andres World Central Kitchen, my radio show Rhythm Lab Radio expanding to Norfolk, and working on a podcast about systemic racism.

I tried many things to cope with my emotions from walking to cooking to playing video games, but most of the time I wasn’t in the mood to do any of it. On most weekends, I would just lie in bed most of the day. There was a point I didn’t even feel anything. I tried my best to put on a smile, but deep down it was exhausting. Then just to do something, I started to check out TikTok thanks to the news of its potential ban in the country. To be honest, I never took the app seriously. I never understood the fascination. I even joked about it.

Then just like that, I became engrossed by the dances, the lip syncs, the cute animals. It actually brought me a little joy in the world of uncertainty. I couldn’t even explain it. Up until now, I was embarrassed that this app was bringing me a little happiness in my life. I even started to walk a little bit and cook more. I’m not sure if there is any correlation between me indulging in videos on TikTok and the shift in my emotions, but hey, I’ll take it.

Then recently two videos that featured Fleetwood Mac’s classic song “Dreams” grabbed my attention. The first one came from @callmechoko, a content creator that makes interesting dance videos usually dressed in a cowboy hat and huge fake mustache. The video that made me stop and watch over and over featured a friendly dance-off between two trios of cowboys dancing or better yet thrusting to Fleetwood Mac’s “Dreams.”

My first impression, I didn’t expect to hear that particular song to the visuals. But something about the combination not only made laugh at loud, but I started to think about the good memories throughout my life. I sat there with my eyes watering and a smile on my face. I thought to myself, am I losing it. Then, I realized I wasn’t. I was dealing with my emotions and I realized everything is going to be alright.

The second video just gave me hope. It was one man (@420doggface208) skating down on a highway in Idaho also playing Fleetwood Mac’s “Dreams” while drinking some cranberry juice. Once again, I started tearing up, but this time the tears were about hope and taking time to enjoy the simple things. I began thinking about my parents and how they have been there for me during the good times and the bad times. Even though I was alone, I felt their love from all the way in Montgomery, Ala.

Besides craving cranberry juice, I have been playing Fleetwood Mac’s “Dreams” non-stop all this morning and I guess I’m not alone. Thanks to @420doggface208’s video, the sales of “Dreams” have tripled. Maybe, I’m not the only one that feels the way I do. Just remember, “Thunder only happens when it’s rainin’.”