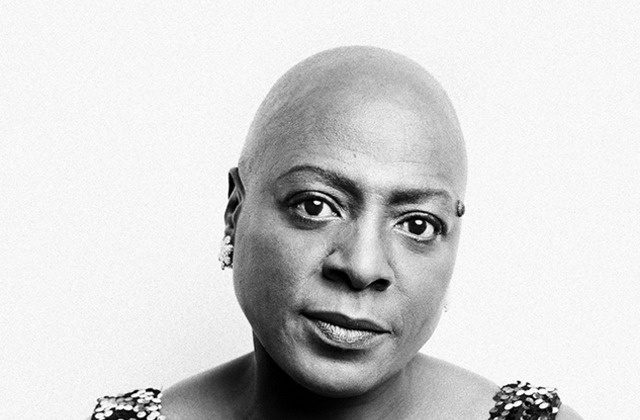 Sharon: It’s such a pleasure to be talking to you.

Justin: Thank you. So we have the Milwaukee Film Festival coming up, and Miss Sharon Jones will be playing three times during the festival, so we wanted to talk to her about the film a little bit. So was it your idea to do the film? Where did the idea come from?

Sharon: My manager Alex Kadvan, it was his idea, he went to VH1 and got it started.

Justin: What did you think when he came up with that idea?

Sharon: Well, of course, I was like what? I don’t have a story. (laughs) He was like, this will be good, you do have a story. He made me realize I had a story. Then VH1 got Barbara Kopple and then that was it.

Justin: How did you feel about having cameras around you?

Sharon: It was weird at first, I was going through a lot. You know, I didn’t feel too comfortable with the camera. I didn’t want it to be like a reality show or something. So one thing with the camera crew, I just told them certain things I didn’t want them to print or talk about. They respected that, and I’m amazed that they followed for me for at least 200 hours of taping and they broke it down into an hour and a half. They really captured my story.

Miss Sharon Jones!, a film showcasing the powerful singer Sharon Jones herself, will be playing at the Milwaukee Film Festival this Thursday at the Oriental Theatre and this Saturday at the Avalon. We had the honor of speaking to Ms. Jones and learned what it’s like for her to be portrayed on the big screen and how she keeps her music alive through life’s adversities.

Justin: So for a lot of people to go through what you went through, they would have taken a break and ease off the gas, but instead you decided to do the exact opposite and go on tour and really go for it. Why did you do that?

Sharon: It seems like this cancer is something I’m going to have to deal with, it’s not going to go anywhere. It’s just taking a while, I don’t want to wait at home for the cancer to take over and I die. So let me get out here and work. Let me get out and perform. If I can work, let me work. I want to be an inspiration to other cancer patients; people who are suffering. I’m just so glad I didn’t fight it and that I rolled with it, because it paid off in the end.

Justin: What was the role of your faith in your recovery?

Sharon: My faith is very strong. That’s what got me to where I’m at. It feels like every time I go to the doctor they tell me something new, and I’ll just cry. Then I say hey, and I go on and get back up. There’s hope. There’s faith. I’m gonna keep on fighting. Just cause I got cancer doesn’t mean I’m gonna die. Life is life and I’ve accepted that and being in church and my faith; I just believe it. My faith is enough, and I believe that when the time comes I’ll be ready for whenever.

I don’t want to wait at home for the cancer to take over and I die. So let me get out here and work. Let me get out and perform.

Justin: That’s wonderful. What is it like seeing yourself perform on screen? I feel like that’d be weird.

Sharon: No, no it’s not. When I had the red dress on at the end of the film, I was shoutin’ I amaze myself. I was like wow, that’s incredible. That’s when I knew it was a gift. I knew it was a blessing. That’s what I look at.

Justin: Where there any parts in the filming that didn’t make the movie that you wish did?

Sharon: I don’t even know what made it and what didn’t; there was so much that they took. What they put in actually told the story.

Justin: What keeps you going?

Sharon: My faith. My beliefs. And you know, I love what I’m doing. I have great fans behind me and a great record label. You just get out and do what you gotta do. Life is just what it is, and it’s working well. I feel like God blessed me to do this and I want people to hear good soul music.

Justin: And we love it and we want to hear it too. Thanks for talking to me Sharon Jones.

Sharon: Thank you so much, Justin, for doing what you’re doing and making people aware of what we’re doing.