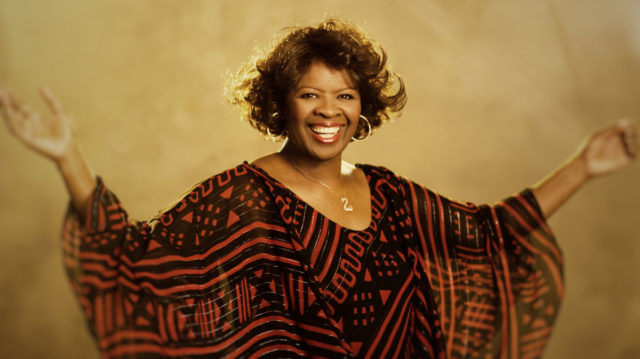 On October 22,  “The Soul Queen of New Orleans” Irma Thomas along with Blind Boys of Alabama and Preservation Hall Jazz Band will perform at the Miller High Life Theatre (formerly the Milwaukee Theatre).  All that is missing is New Orleans feast of crawfish and creole food.

If the French Quarter is the musical heart of New Orleans, then Preservation Hall is its heartbeat. Take a group of long-time performers from the venerable concert hall, combine them with the Crescent City’s “Soul Queen,” Irma Thomas, throw in the spiritual authority of The Blind Boys of Alabama, and you get a very special evening of music that showcases “The Heart and Soul Queen of New Orleans.”

As part of New Orleans’s musical royalty, Irma Thomas is a Grammy Award-winning singer with her own rich musical history. Her first single in 1960 reached the Billboard R&B charts and from there she recorded for many labels, including Chess and Rounder Records. Her soul-drenched voice can be heard on the Allen Toussaint-produced track “It’s Raining,” which was featured in Jim Jarmusch’s cult classic, Down By Law; in 2007, she was inducted into the Louisiana Music Hall of Fame; and in 2008, she was featured on the poster of the world-famous New Orleans Jazz and Heritage Festival.

The Blind Boys of Alabama have the rare distinction of being recognized around the world as both living legends and modern-day innovators. These Six-time Grammy Award-winners are not just gospel singers borrowing from old traditions; the group helped to define those traditions in the 20th century, and almost single-handedly created a new gospel sound for the 21st. Since the original members first sang together as kids in the late 1930s (including Jimmy Carter, who leads the group today), the band has persevered through seven decades to become one of the most recognized and decorated roots music groups in the world. In 2005, they released Down in New Orleans, a Grammy Award-winner for Best Traditional Soul Gospel Album.

Touring together for the first time as “The Heart and Soul Queen of New Orleans,” Irma Thomas, The Blind Boys of Alabama, and The Preservation Legacy Quintet, will treat audiences to a special evening filled with musical collaborations and traditional standards.

Tickets for this show start at $10.