Jack White is impressive, even when you’re hard to impress

Jack White is impressive, even when you’re hard to impress 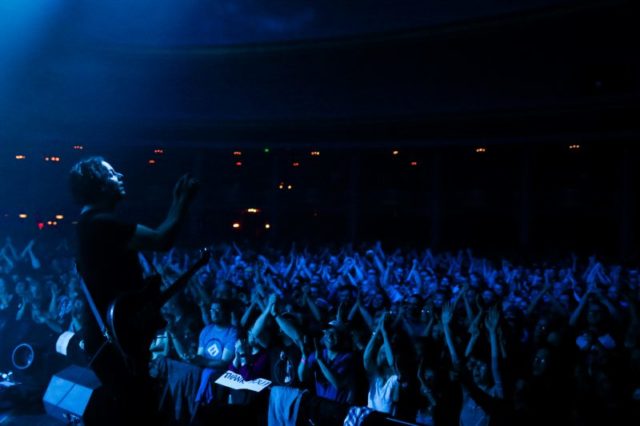 I came in on Friday, fresh from getting chicken mole from Conejitos. Right away, I had to put my phone in a bag. Everyone has a different opinion on this, but I think Jack had it right the last time he came to Milwaukee. I was at that show at The Rave. He was firm but fair in asking people not to use their phones during the concert, and we listened. Sure, a couple people snapped some photos, but for the most part everyone was polite and respectful to the rules. The bag is a bit heavy handed to me. But, whatever, I put my phone in the bag.

I give him respect for showing up for Milwaukee. Earlier in the day, Jack went to Rush Mor Records and Acme. That’s not a thing that most artists would do. At this point, the show hasn’t even started and he’s winning me over.

When he came out, he was rocking the St. Vincent guitar and his band was really diverse. For being rock ‘n’ roll’s cross bearer, it felt surprisingly “woke” to be walking the walk of social progression—mad respect for that too. 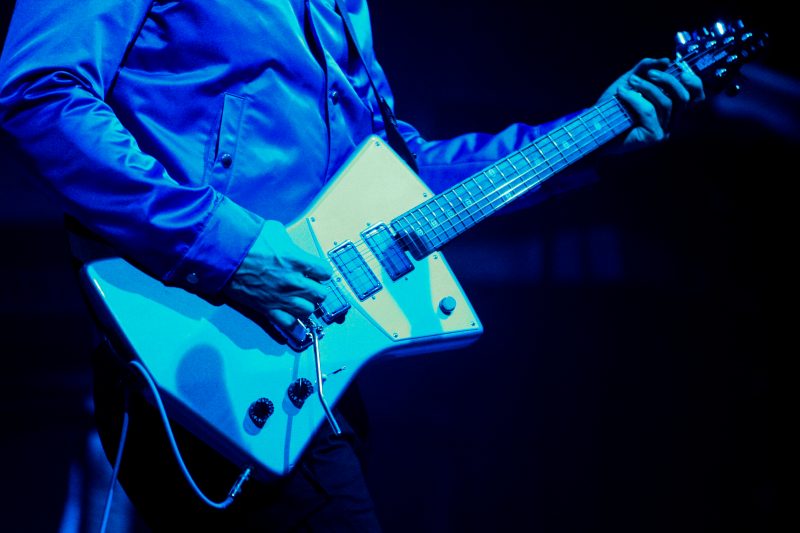 He starts with “Sixteen Saltines.” Earlier, I had looked over the set-list from his previous stop in Detroit. (A controversial move, but I like knowing.) Last night, he encored with that song instead. So, on literally the first note of the show, Jack White had torn up the set list.

Song three was “Corporation.” Imagine yelling out to 3,000 people, “Are you with me?” and 3,000 people wholeheartedly yelling back that they support you. 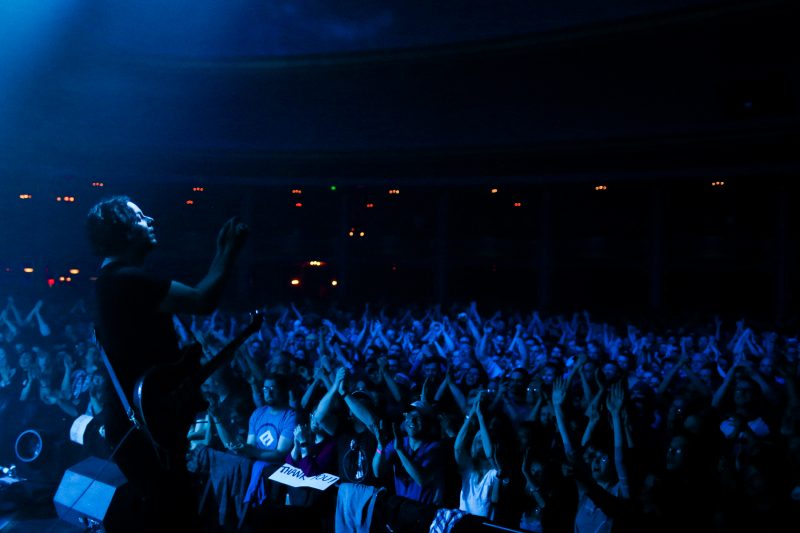 That’s the power that let Jack White release “Boarding House Reach,” an album that jumps from genre to genre in the middle of a song, an album that should not exist by a commercial artist and an album that, if released by almost anyone else, would be virtually unlistened to due it’s sheer weirdness. But, Jack White releases it, knowing that he has an audience that trusts him so much that they will take the mental concentration it takes to get through that album, and they will love it. The album shows the trust that he has with his audience.

Moments of trust lead to Jack White rapping in the middle of song five.

And then he unveiled the zebra.

He had a full-sized taxidermied zebra on the stage. What? At this point he’s got everyone with him and he is ripping through new material. It’s heavy, it’s loud, there is a zebra on-stage. It is wonderful. 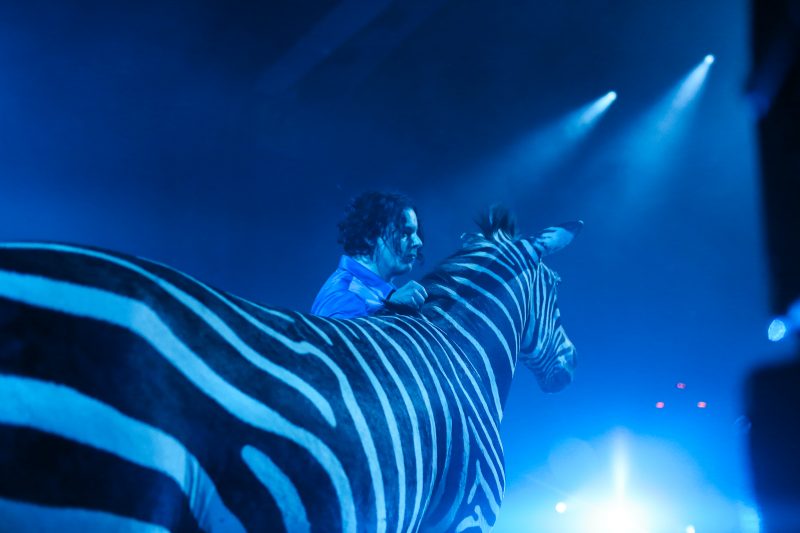 Then, he goes into The White Stripes catalogue and hits us with “Cannon.” The dude in front of me is singing very enthusiastically. Looking around the crowd there are a lot of older people, who, I’m guessing (and I’m sorry for this) don’t look like they get out to a lot of shows. But this is actually really heartening to me that they are choosing to go out and see this show. It’s my third show of the week. I’m like a hardened criminal at this point. Nothing can impress me, and here they are, just out to have fun. It seems so innocent and nice.

They go into “I Cut Like a Buffalo.” The chorus of this song is “Yeah, I look like a woman/ But I cut like a buffalo.” See what I’m saying with Jack White’s lyrics? 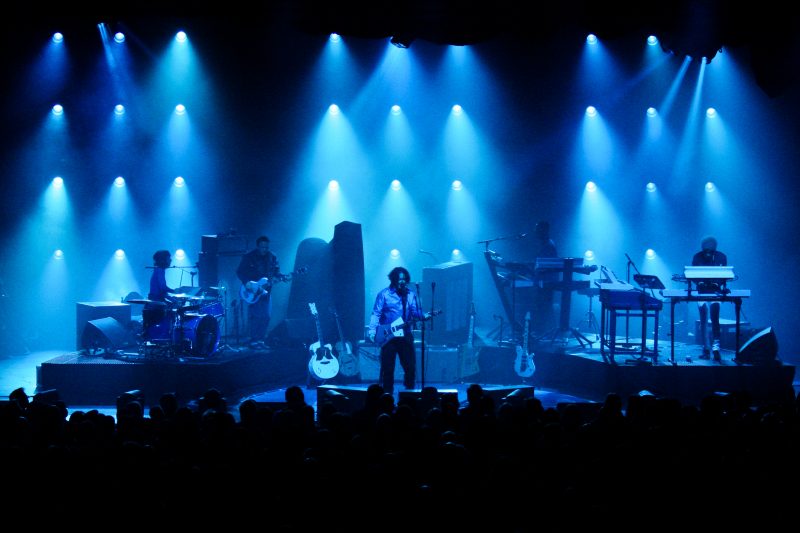 He goes on to play a couple more White Stripes songs: “Fell In Love With a Girl” and “Hotel Yorba.” And, he finishes spectacularly with “Ball and Biscuit,” letting it all hang out and rocking out with a capitol R. They’ve been on stage for an hour. They wave at the crowd, we all cheer for them to come back…you’ve been to a show. You know how this works.

Then, they come back for the encore. They play the hits, but for some reason I liked when they were shredding through new stuff, it sounded so fresh and filled me with energy. It’s great to hear the old songs, but how many times have I heard “Steady As She Goes?”

Look at me complaining about hearing songs that I love. What am I, some kind of monster? Do I hate fun?

The whole time I’m awestruck by Jack White. He’s an excellent musician, he can obviously shred. But, he’s also great at everything else on stage. His banter is well thought-out. The first time he gets to the mic, he says everything really fast and with rhythm. It sounds poetic and cool. The next time he tells a story about cutting up chairs and sofas as a kid to get the change people dropped in the cushions. He ran an operation with the kids on his block and they would get the cash for candy and toys. He finishes with, “That was the best job I ever had.” His banter is never personable, but rather heavily stylized. It lends a sense of mystery that really works for him. Makes you wonder, who is this guy? 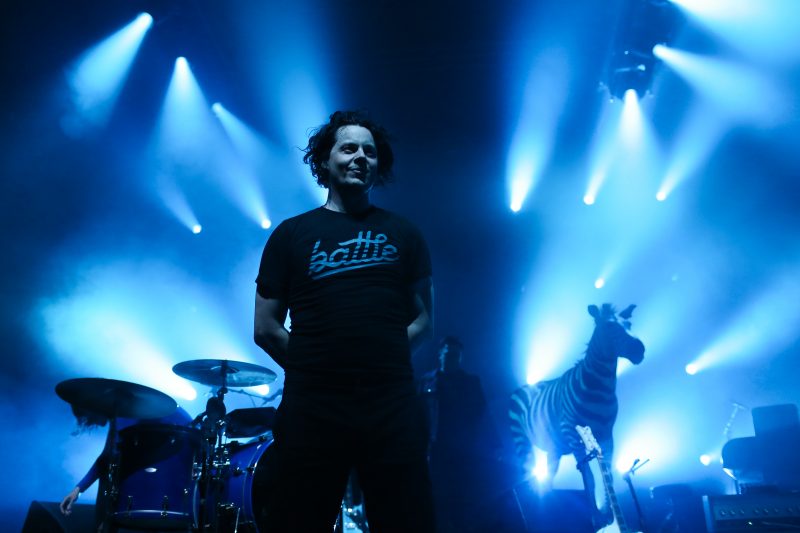 At the end, I love that he ended with “I’m Slowly Turning Into You.” He never even played “Seven Nation Army.” As the houselights come on and the crew comes out for breakdown, people around me look at the stage, in disappointment that he didn’t play it. I think it’s pretty punk rock. People stay behind, hoping that he will come out for a second encore, but was on stage for an hour and a half and the house lights are up. I walk over to the doors I think, “You rubes, he already did an encore. He’s not going to do a second.”

Then he did a second encore.

He did a second encore. I don’t know if this was planned or if it was an honest-to-god-these-people-won’t-leave-unless-I-do-another-song encore. But I don’t care. The houselights were on. The band was breaking down equipment. Louis Armstrong’s “What a Wonderful World” was playing. And then Jack White came out with a second encore. I was literally looking around with my jaw hanging open. I could not believe it. At that point, I was so into it that I shouted and stomped and I sang “Seven Nation Army” along with the whole crowd. I was in it. 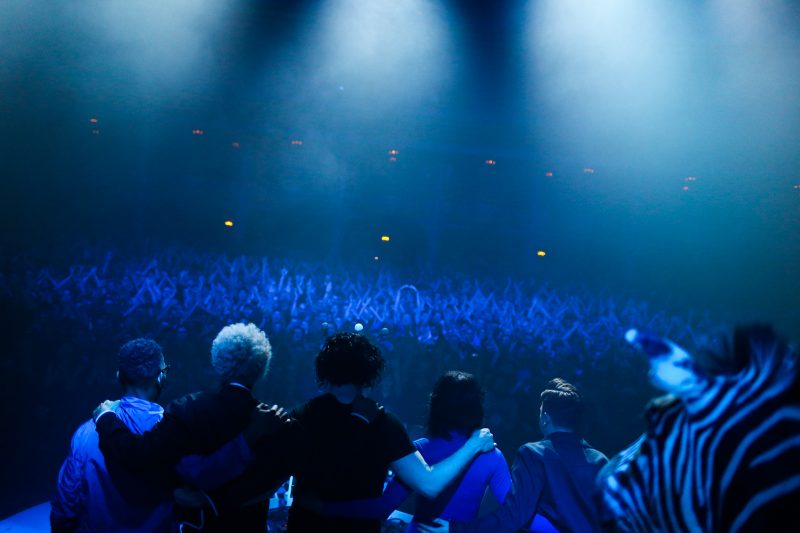 I came in with no expectations at all and I came out with a lifelong respect for Jack White. You win, Jack.

No phones, a taxidermied zebra and a new respect for Jack White

Going into this weekend’s Jack White concert in Milwaukee, I had zero expectations. I enjoy Jack White. I do. I’ve been to Third Man Records, I own a special white-and red edition of “Elephant” and all that jazz, but I have never been a Jack White fan. I think his lyrics are a little thin. Like, “Love Interruption,” a song about how annoying love is, was the lead single on his last album. The first single on this new album is, “Connected By Love,” a song about the healing power of the connection of love. What is that? Where does he stand here? Whatever. This is all neither here nor there, his show isn’t about me, this is a Jack White show. I’m just letting you know where I’m coming from with this concert review, a place of zero expectations.