Janis Joplin gave us more than a piece of her heart

Janis Joplin gave us more than a piece of her heart 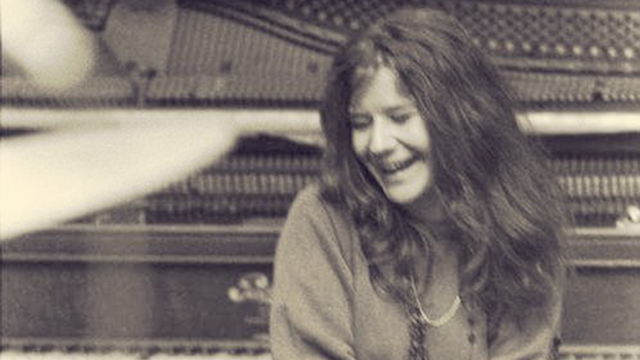 Sarah Mac here, Marketing Director at 88Nine. I’ve been part of the crew for almost five years and my job in a nutshell is to grow brand awareness and our audiences on-air, online and on-site. So if you’re reading this, I’ve done my job!

For me, Janis Joplin started as a way to show off at karaoke, but the more I learned about her, the more obsessed I became.

Janis Joplin is from Port Arthur, Texas, a small industrial town right between New Orleans and Austin. The daughter of a religious mother and an atheist father, her path in life represents the dichotomy of her parents views.

She wove her way from New Orleans to Austin to San Francisco, eventually settling there and becoming a founding member of the burgeoning Haight-Ashbury counterculture scene.

Janis got her proverbial start singing for Big Brother and Holding Company, and went from an skeptically recruited vocalist to the band’s leader and reason for fame.

This three-paragraph simplification of her biography does no justice to the amount of personal and professional turmoil Janis faced on her rise to the top.

And it’s hard, I’d imagine, in a moment where you are trailblazing to have the wherewithal to know that you’re trailblazing. But it kind of seems like Janis did. The songs I selected tell a story of Janis’ recognition of the inequality between men and women, and her subsequent action after recognizing that fact.

I could gush about her vocal prowess, the honesty you hear in her voice, the rawness, but it’s better if I let her tell you herself.

And we are so much better for it