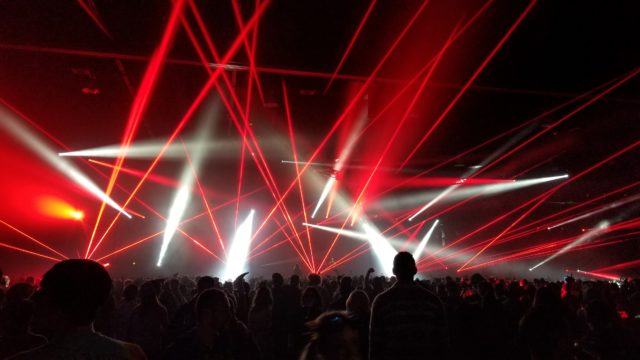 Let me start by saying that the fine security at the Wisconsin Center meant business (as they should’ve been). After going through the security checkpoint in the first-floor ball room, I was ushered immediately to the third floor, where I could hear the beating of dubstep. The pre-function wing was my first look into what this event was going to be about. There were live art pieces being created, hired entertainers in scary clown costumes, vendors and a small stage dedicated to new musical talent. The main action was to take place in the massive exhibit hall. The venue was lined with sponsored beverage booths, small kiosks with tie-dyed apparel and jewelry, food from the Wisconsin Center’s café and free water. The massive stage spanned the entire width exhibit hall, with an elevated VIP area with seating. The colossal stage had more LED walls then I could count that lit everything up beautifully. You could feel it was about to go down proper in Milwaukee. 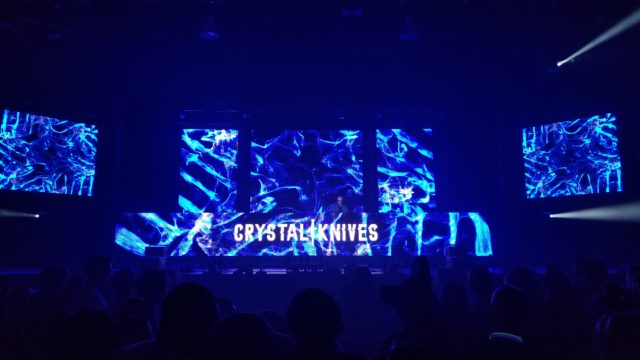 The first set of the evening began with Backline’s very own Crystal Knives. The crowd slowly started to trickle in, but Crystal Knives was amped and ready to go. He properly grabbed the microphone and incited the entering crowd to get hyped. Musically, he went from melodic trap sounds to remixes that festivals goers could relate to. He also made sure he sprayed the crowd with original content, custom visuals and raw energy. It took a few moments for the crowd to buy in, but when they did, Crystal knives took advantage and capitalized on the moment. The crowd started to fill the front of the stage just in time for the duo that is, RCKT PWR. 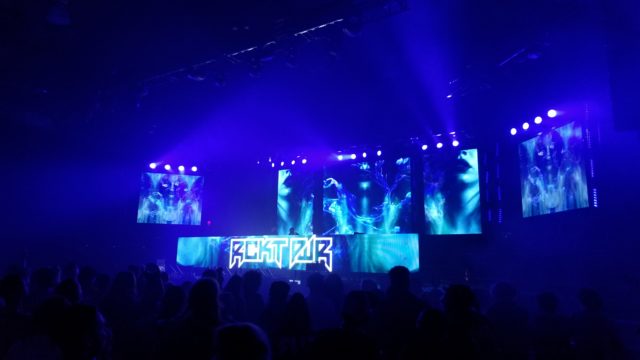 The duo, RCKT PWR, has played The Miramar, Site 1A, Summerfest and has now ventured out to Los Angeles to continue to grow their sound and build an even bigger fan base. The two took the stage for the evening’s second set of the festival. These guys did not shy away from bringing raw energy and hard beats to the crowd that Crystal Knives had set up for them. It was bass heavy, it was loud, but it was them. Regardless of who they opened for, they wanted us to understand that Milwaukee is not playing around. There was original content, unreleased remixes, drum and bass and a taste of happy hardcore. I admire the “We don’t give a f%&k” attitude, it reeked of youth, recklessness and realness.

Of course, day one didn’t stop there. I could go on to say so many great things about the headliners, the rest of the evening, and the awesome thousands that showed show up to support, but I want to keep the spotlight on our local acts. 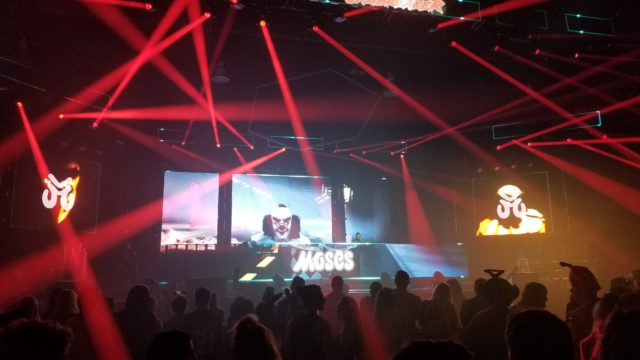 I was excited for day two because I knew RL Grime and Odesza were about to blow the roof of the Wisconsin Center, and they did. But I was especially excited because I also knew that Oct 28 marked two years to the day that Moses began his chemotherapy for leukemia. Moses is a producer, a turntablist and label owner of Higher Education Records. With a really good crowd front and center, Moses showcased his diverse musical talent, shared original music—and may I add, the only DJ to bust a scratch in a set all weekend. All the Milwaukee acts were given 30 minutes to do what they do best and Moses took advantage. The vibes were just right for Plaid Hawaii to hit the stage. 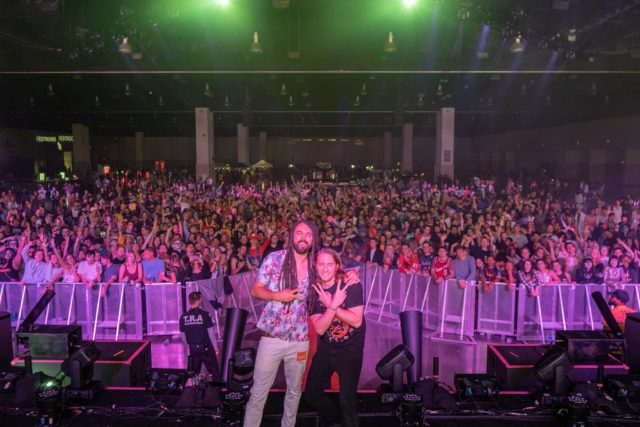 Plaid Hawaii gave an inspiring set filled with tropical progressive indie vibes, a live bass and a fresh guitarist for support. It was my first time witnessing Plaid Hawaii from start to finish. I stood there and wondered how he could handle a bass guitar, manage to transition in to new funky grooves all while talking on the mic to hype the crowd. He rocked the spot all while doing it with style and in a floral Hawaiian button up. The versatility showed throughout the whole set and their Backstreet Boys remix for Halloween celebrators was the icing on the cake for a fabulous weekend. 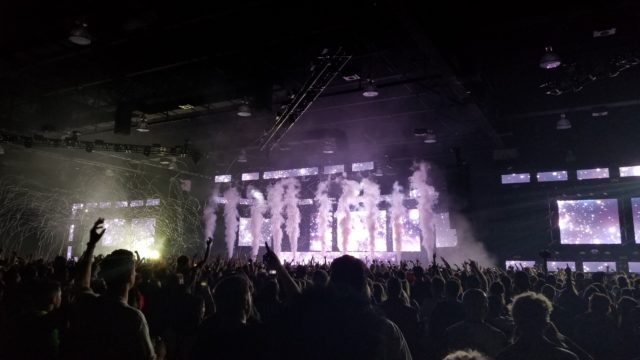 Overall, the weekend was absolutely amazing. A Jawbreaker part two event for next year’s Halloween weekend seems like it will be a no-brainer event for the Wisconsin Center to bring back—let’s hope it keeps the local flavor too.

This past weekend the Wisconsin Center played host to a two-day event called the Jawbreaker Festival. The lineup was filled with Grammy award-winning and nominated talent like Zedd, RL Grime, Odesza, GriZ and Louis the Child. Thanks to some local love from Aaron Ohlsson and others, four Milwaukee up-and-coming artists got to share the stage with such power houses. Crystal Knives, Moses, RCKT PWR and Plaid Hawaii all got their moments to shine. Let’s dive into to what I witnessed.