A jazz standard is transformed to address racial unrest in Milwaukee

A jazz standard is transformed to address racial unrest in Milwaukee 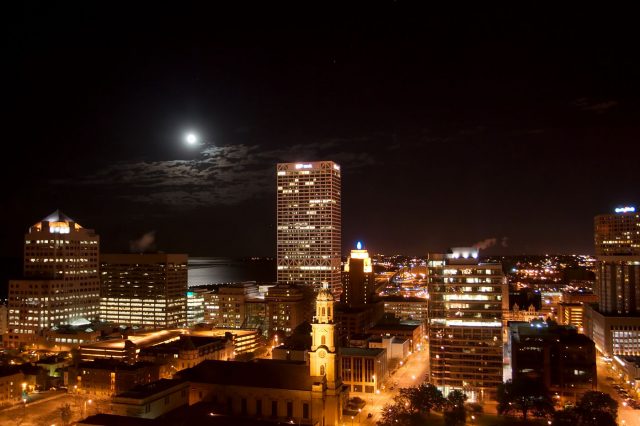 A few weeks ago, the Strange Fruit Festival took place in Milwaukee. The festival addressed the racial unrest in Milwaukee and around the country and featured performances from Milwaukee artists in three venues.

On the last day of the festival, Milwaukee’s Stomata took the  jazz standard, “A Night In Tunisia” which was written by Dizzy Gillespie and flipped it into a song called “A Night In Milwaukee.” The new version featured DJ Jordan “Madhatter” Lee scratching and incorporating samples from news coverage of the unrest in Sherman Park.

Today, Stomata released a recorded and mastered version of “A Night in Milwaukee.”

Jordan “Madhatter” Lee explains the inspiration for the samples:

“The night of the unrest in Sherman Park, I found myself practicing in my home studio for my performance at Strange Fruit with Jay and Stomata, completely unaware of what was unfolding just miles away.  I could hear the sounds of the news briefs coming from Sheri’s phone screen in the other room.  The next morning, all I could hear were those sound bites over and over in my head.  So on Sunday evening, when I arrived at Cactus Club, I told Jay I’d be scratching videos from the news and Facebook coverage of the night’s violence.

It was my way to artistically exercise these demons, and the therapy of that performance was so powerful, we got into the studio less than a week later, to record this.”

Stomata is Jay Anderson – Woodwinds, Dave Schoepke – Drumset, and John Simmons – Upright Bass. You can listen to Stomata’s “A Night in Milwaukee” below.