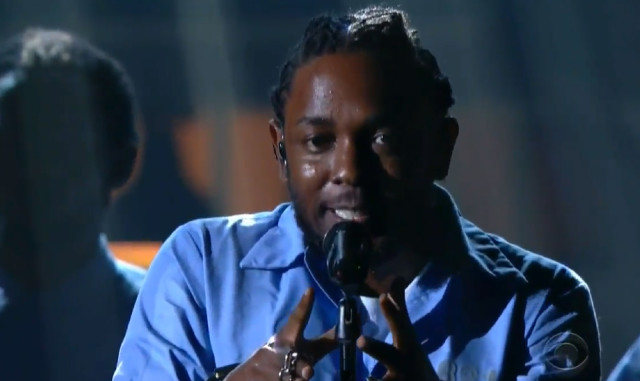 Could Kendrick Lamar drop a new album on April 7?

First, it was the Gorillaz who dropped new music and now Kendrick Lamar surprised the world with new a song titled “The Heart Part 4.” Lamar teased new music via his Instagram the other day.

“The Heart Part 4” begins with the lines, “Don’t tell a lie on me. I won’t tell the truth about you.” Then the song seems to become three chapters that become more aggressive lyrically and sonically as the song progresses.  He also get political when he refers to the recent presidential election and Russia’s possible interference. In the last line, Lamar seems to hint at a possible album released date:

Will Kendrick Lamar release is fourth album on April 7?  It definitely looks that way.  In a recent interview with the New York Times Style Magazine, Lamar shares details about his next album.

In the interview, Lamar said, “We’re in a time where we exclude one major component out of this whole thing called life: God. Nobody speaks on it because it’s almost in conflict with what’s going on in the world when you talk about politics and government and the system.”

Based off of this statement, the new album may focus on a higher power, only time will tell.  We will see what happens on April 7. In the meantime take a listen to “The Heart Part 4.” via Apple Music.