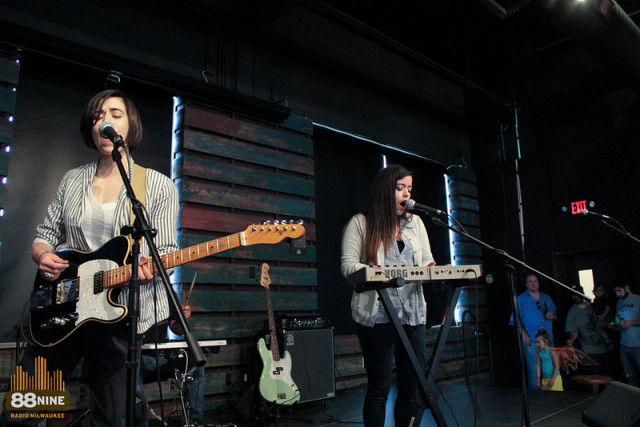 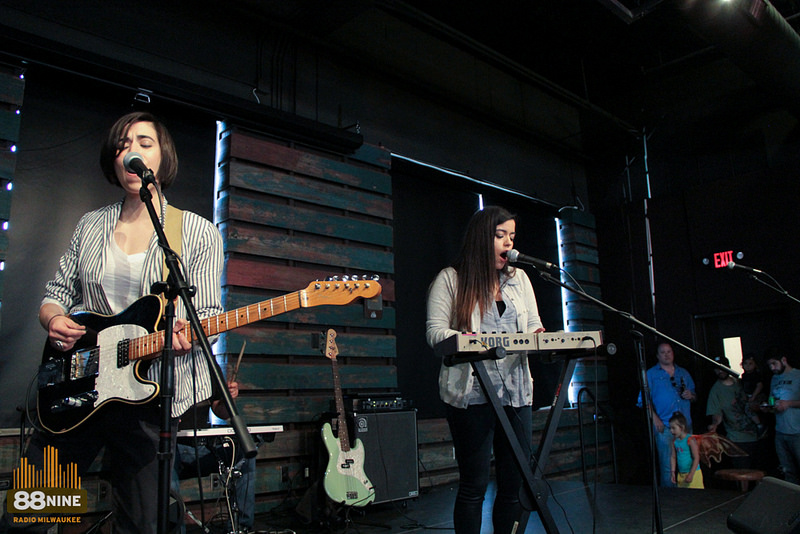 Victoriah and Hannah Gabriela Bañuelos, the sisters and musical partners known as “Vic & Gab,” will put their old moniker to rest at the end of this month.

With a new name, a new album almost complete, and a fresh sound, they say good-bye to their soon-to-be-former musical selves with a “Save the Last Dance For Me” farewell performance at the historic Pabst Theater Oct. 31, and an intimate 414Music Live session right here in our studio on Thursday, Oct. 29.

The Milwaukee siblings have been working hard on their catchy brand of pop-rock since 2012 — so hard, they admit to being known as the band that plays “every Tuesday, Thursday, Friday…” and at any venue.

According to the Bañuelos, this was all part of their craft. “We said ‘yes’ to everything. We played a lot of random shows, we weren’t afraid to play Kenosha. You never know who you’ll be in front of. Whether it’s a crowd of thousands, or just one, we always try to play a good show.”

Their hard work paid off during a low-attended, final performance at the SXSW Festival in Austin, TX. They were discovered by an A&R rep who connected them with Saiko Management. The New Zealand/NYC agency has been credited for breaking pop star Lorde, and began their working relationship with Vic & Gab a year ago.

The new management has led them to L.A. for recording, less fly-by-night than their previous releases. They recorded 2013’s “Love of Mine” over just five days. “We spent less money in the studio, but we didn’t spend time ‘crafting.’ The sound we have now is more polished. We took our time and got it right — hopefully!”

When asked how the process differed this time around, Vic explained, “It’s been a whole year since we’ve been recording in L.A. We’re still tweaking. It’s something we’ve never really had. Recording quickly can be good, too, but this time it’s good for us to do it this way. You can hear ‘Vic & Gab,’ but it’s different, more polished.” Hannah adds, “We sound like Vic & Gab grew up, went to college and know what we are doing now. We are more dynamic, and we needed a new identity to go with it.”

They won’t be premiering any new songs just yet. They want to release their new name and music as one complete package. They are making good on their farewell. You won’t hear more than a song or two of their current oeuvre after the change. “While we are practicing for our upcoming performances. It’s been so sad for us thinking it’s the last time we’ll be playing some of these songs. The are such a huge part of us.”

We shouldn’t have to wait to long for the new moniker and debut. The Bañuelos hope to release a single before the end of the year. They are in the final stages of mixing and mastering, with the whole package expected for early 2016.