Latin superstar Ozuna to headline the Fiserv Forum in April

Latin superstar Ozuna to headline the Fiserv Forum in April 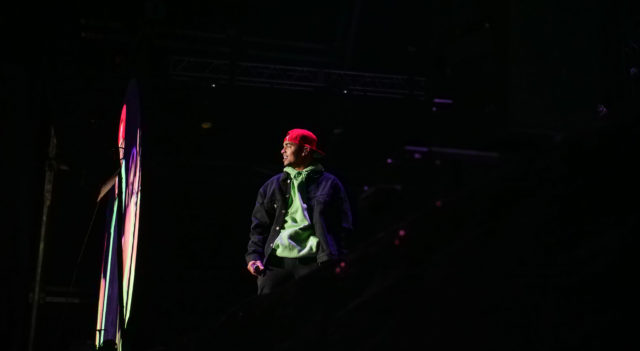 Ozuna, one of Latin music’s most recognizable superstars, will headline Milwaukee’s Fiserv Forum on Friday, April 17 for his upcoming Nibiru World Tour. Tickets will go on sale to the general public on Friday, Jan. 24 at 10 a.m., and can be purchased at FiservForum.com.

According to the press release, “With more than 69 titles on the Billboard Hot Latin Songs chart in the last three years, fans of the beloved superstar can expect a plethora of his song hits performed as he only can do in the genre: live with a full band and a state-of-the-art lights, sound and pyrotechnics in addition to new fan favorites from his recently released album NIBIRU.”

Believe it or not, Puerto Rican superstar Ozuna is no stranger to Wisconsin. In 2017, right when the reggaeton sound climbed to new heights with help from artists like Bad Bunny, J Balvin, Natti Natasha and more. Ozuna played his first show at the Riverside Theater for his Odisea World Tour. Fast forward, last Summer me and the 88Nine team got the opportunity to see Ozuna headline the Los Dells festival in Mauston, Wis.