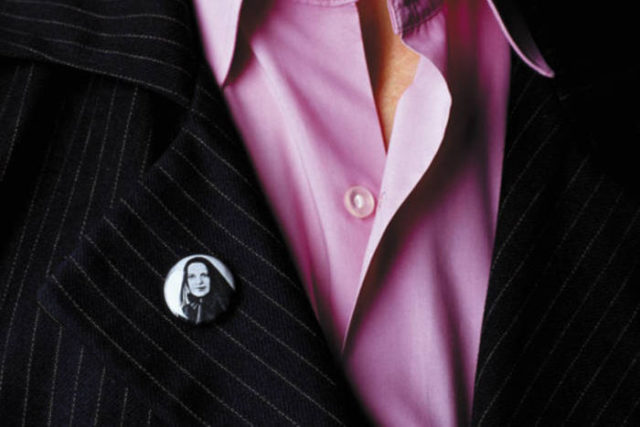 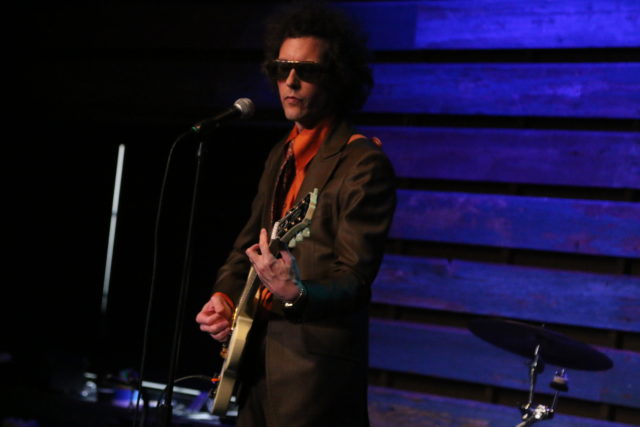 It seems unconventional these days to correspond without email, but it’s a welcome change of pace. Radio Milwaukee recently sat down to tea and conversation with pop auteur Liam Hayes, organized through a chain of phone calls and a chance meeting over sausages at Vanguard with collaborator and co-producer, Pat Sansone (The Autumn Defense, Wilco).

Impeccably dressed in late 60’s fashion, Hayes is soft-spoken but warm and genuine. The Chicago ex-pat relocated to Milwaukee six years ago. In his previous life he was a bit of a cult figure, even appearing as himself in the film High Fidelity.

Liam Hayes, under the moniker Plush, is quietly celebrating the long-awaited proper release of his opus “Fed” with a very limited run for Record Store Day this Saturday, April 21. Nearly two decades since recording the album, the epic and expansive pop Rolling Stone described as “a soulful symphonic masterpiece” will be rendered as a double LP, cut at 45rpm and re-mastered.

We talked to Hayes about life in Milwaukee, the road to the re-release of “Fed” and about who “Plush” is.

When asked about his new home of Milwaukee, Hayes says, “I’ve lived in Chicago my whole life and was ready for something different. I feel like there is a lot going on here. So much, in fact, I don’t have the time to take it all in. I think people would be surprised, there are places that are bigger that would be more understandable if you were talking about a larger place, but the amount of art and music happening here is very exciting. I wish I could take more of it in.”

It was something that I felt I really had to say, and had to do. When you feel like that, you find ways to dream it into reality.

The road to releasing “Fed”

“Fed” was recorded over a three-year period from ’99 to 2001, unfortunately during a particularly tumultuous time for record labels. The album is lush and full of horns, strings, five credited engineers, and many players. “I was making a pretty ambitious record and doing it without the appropriate backing an endeavor like that would normally require or have. It was something that I felt I really had to say, and had to do. When you feel like that, you find ways to dream it into reality. The circumstances surrounding it, the larger scene culturally and certainly the music industry, was just changing dramatically. I don’t think I, one, could have took on an undertaking like that at a worst time.”

Instead of hashing over the details of record label finances barring an earlier release, Hayes confides, “I feel like there has been so much focus on that, the music has kind of gotten lost. There’s been a story, but I think it’s less interesting than how the music was actually realized and the people I’ve worked with.”

The personnel are interesting. Collaborators include the legendary Tom Tom MMLXXXIV (arranger for Earth Wine & Fire and many others) 30 credited musicians, with engineering expertise from Chicago stalwarts including Steve Albini and John McEntire (also credited as a musician). 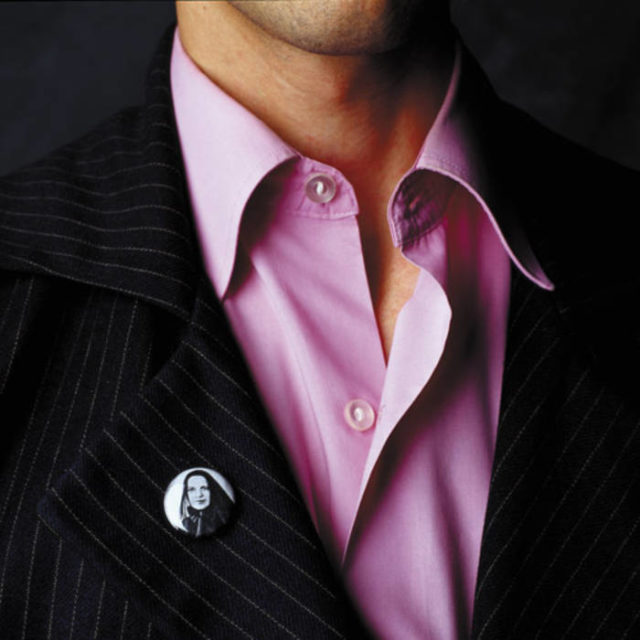 On “Plush” versus “Liam Hayes”

Although “Fed” is released under the moniker “Plush,” it’s not a band per se. According to Hayes, “It’s really not been what most people call a self-contained group. I’ve worked with other people for a time, there are people on my second record that are on my fourth record and it just comes down to the song. That’s where you start, and that’s where you end. What does the song need?”

When asked if it’s a moniker that’s interchangeable or chosen for a certain vision, he says, “I always liked the idea of a group, so much of the music I like was made by groups and originally I thought that’s what I was going to do. Have a group and sing and play and do all that… it made sense at that point. After it became clear to me that it was less about having a group of four or five distinct personalities or contributors, I wanted to focus on the songs. The best way to realize them didn’t necessarily mean doing that same way for every song or every record. It’s a discovery process, you don’t always know until you get in the process. I’ve been surprised when I think a song needs one thing, but then it needs something very different.”

What’s next for Liam Hayes and Plush?

Although he’s releasing works recorded years ago, Hayes hasn’t halted his songwriting. “I’m always working on stuff. I think if I really were to catch up with myself and record the things that have not been properly recorded, I would have enough work for myself for many years. I have two records. One is done and one that I’m continuing to work on. The first of these, we’ll see, but I’ll maybe look at making that available sometime in the fall and next year for the next one.”

While the proper release of “Fed” is finally seeing the light of day, “There’s a very limited number of copies, this is not about volume sales. It’s just about having the fullest representation of what was originally intended. There’s a small number of copies, so if you are looking to get one, do it now.”

If you’re lucky, you might score a copy this Record Store Day via UK label Be With Records, in a run of 500 copies.

Liam Hayes performed a few selections from “Fed” at Radio Milwaukee along with a brand new song and an interview on 414 Live. Listen to the archive here.