Lizzo brings that ‘Good As Hell’ energy to new video

Lizzo brings that ‘Good As Hell’ energy to new video 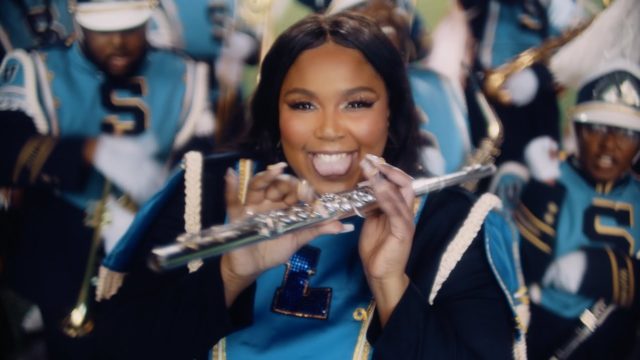 You know what? Lizzo‘s “Good as Hell” deserves two music videos. The original from 2016, with its pink-as-hell palette and hair salon realness, will volumize your hair with an emphatic “Baby, how you feelin’?” and the choral response: “Feelin’ good as hell.”

Now, coming off eight Grammy nominations, Lizzo is back with another visual for “Good as Hell.” Here, Lizzo’s positive mental attitude extends to the Southern University drumline, majorettes and marching band in a new video directed by Alan Ferguson. The message remains the same but takes the salon to Homecoming week. As Hanif Abdurraqib wrote for NPR’s American Anthem series in Nov. 2018, “Good as Hell” is a song that believes in you even when you don’t.