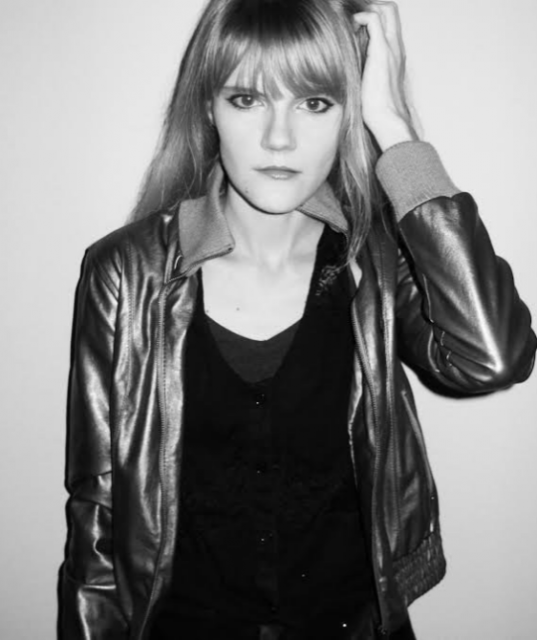 Alexandre Maxine Hill — better known by her stage name LUXI — has been quietly making electronic music for a decade. Hill’s last two records have significantly increased her notoriety in the local music scene, drawing comparisons to Grimes. Her new album, ‘Geometric Universe,’ has been described as an “electro-pop masterpiece” by Evan Rytlewski of the Shepherd Express.

The new album represents an evolution in Hill’s musical journey. For the first time she has collaborated with another artist. Joshua Jenquin contributed drums and brought in his friend Gary Chin to provide bass tracks for ‘Geometric Universe.’ I spoke with Hill after her performance at Riverwest FemFest last Sunday. [Read below for more.]

The afternoon LUXI set at FemFest’s Maker’s Fair above Company Brewing was Hill’s second performance in fifteen hours. The night before she performed at Club Garibaldi alongside fellow electronic artists The Demix, Dashcam and others. Hill says it wasn’t her best vocal performance, due to the fact that earlier in the day she was chanting and shouting at the solidarity Women’s March in Milwaukee, which she described as “a very heartwarming and humbling experience.”

“I heard there was going to be electronic music with live drumming and that sounded exciting. I met the drummer and he found out that I make music. Then he contacted me on Facebook to see if I would be into a collab,” says Hill.

“Normally I would say ‘No.’ But I checked out his stuff and he’s the best drummer I’ve ever heard. So I was like, ‘Ahhh, okay. I have to do this. Let’s try it and see how it works out.’”

Hill has always been against the idea of turning LUXI into a full-fledged band. She relishes the identity of being an electronic artist. To maintain this dynamic, Hill used Jenquin’s drums and Chin’s bass as samples.

For three of the songs on ‘Geometric Universe‘ (“Next 2 U,” “S P A R K,” and “S M I L E”), Jenquin sent Hill drum breaks and she built a song around them, a new process that she enjoyed. 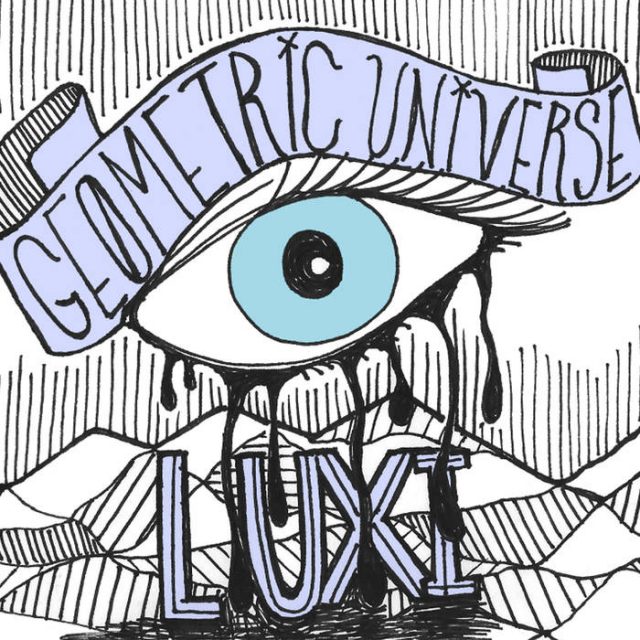 “Every time I start a new project I’m never sure where it’s going. I try to come at it from a different angle and think of a totally new melody that I haven’t heard someone else do or that I’ve done myself.”

Writing and creating ‘Geometric Universe’ came in spurts, starting in June 2016, shortly after Hill moved back to Milwaukee from Sheboygan. She was going through a breakup and describes her songs as “about five different people.”

“I’m a hopeless romantic at heart, so It think my songs definitely reflect that.”

There is an intentional water metaphor woven into Hill’s lyrics, which are beautifully displayed in a 10-page zine that comes with a CD copy of ‘Geometric Universe.’ 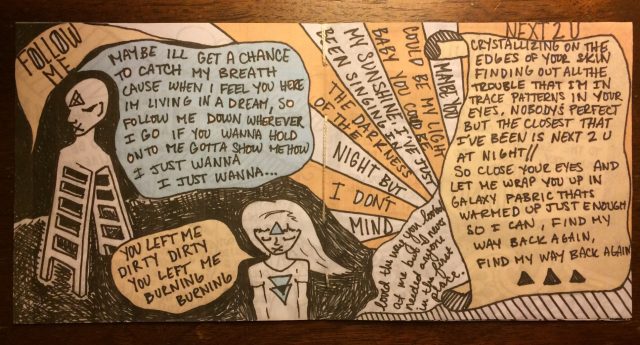 “Water adapts to every situation and that’s really how I am as a person. I’m always changing and evolving.”

Hill, who grew up outside small-town Merton, Wisconsin, is a graduate of the Milwaukee Institute of Art and Design. In addition to her music and video work, she has also developed a 3D interactive exploration game on HitRecord.org, an open collaboration production company founded by the actor Joseph Gordon-Levitt.

While Jenquin’s imprint can be heard all over ‘Geometric Universe,’ he is not yet part of LUXI’s live performance. It’s a move she is considering, but they would first need to overcome some technical issues. At the moment LUXI performs with an Ableton push controller and a laptop.

‘Geometric Universe’ is now streaming on Bandcamp, available on CD, and will be out on vinyl via Milwaukee label Radiograffiti sometime in the Spring.