Meet the author of ‘Your Favorite Band is Killing Me’

Meet the author of ‘Your Favorite Band is Killing Me’ 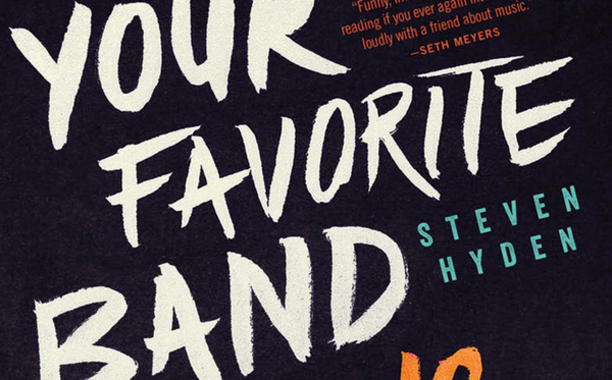 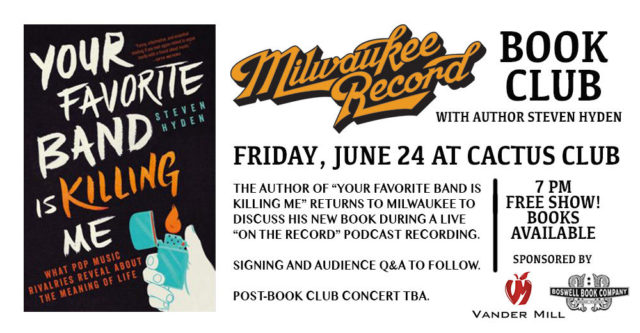 Radio Milwaukee recently chatted with the writer to talk about his new book, “Your Favorite Band is Killing Me” and upcoming author event happening at Cactus Club this Friday.

Find the interview and author event details below:

When did you live in Milwaukee?

I lived in Milwaukee the Fall of ’06 to the Spring of ’14. So… not that long ago. I lived in Riverwest for a few months, but the rest of the time I lived in Bay View.

You wrap a lot of things into the topic of “rivalries” and the emotional ways people relate to culture, how did you land on this for a subject of a book?

I had an agent approach me and ask if I had any ideas. I didn’t at the time, but this idea popped in my head fairly quickly. The original idea was a book about musical arguments. I would be there to give you tips on how to win your argument. Then, I thought that would be boring through the course of the book.

When I thought of rivalries, it seemed like a simple idea that hadn’t been written yet. It was an idea you could sum up in a sentence or two and people would understand it and it also seemed really open-ended. You could write about these rivalries and the particulars of them, but you could also use them as a starting point to talk about larger cultural things going on at the time of the rivalries that made them significant. Or, in a more abstract way, I could write about parallel issues that I feel are related to whatever the central topic was in each rivalry. That kind of duality drew me in.

There are a lot of tangents in the book and hopefully when you read it, feels organic. I wanted the book to flow like a conversation. Some people complain online, “he doesn’t just talk about the rivalry, he goes on tangents. I wish he could stay more focused.” I know what people mean when they say that and I understand, but most people seem to get it.

What this book is talking about is what we project on the artists we love and why we care about them.

When we talk about music, the reason we are drawn to certain things or don’t like certain things, has partly to do with aesthetics, but there is so much baggage that people bring to a record.

If I’m going to talk about Prince and Michael Jackson, I have to talk about the time I had a Junior High dance and it went horribly wrong. I feel like that informs how I feel about these guys. What this book is talking about is what we project on the artists we love and why we care about them. 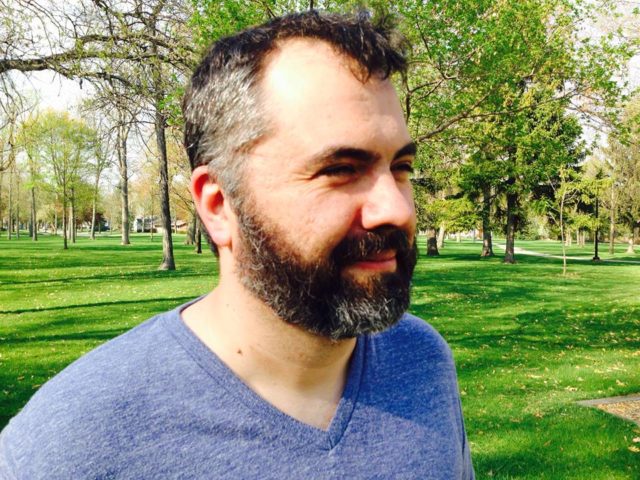 You’ve written music reviews, how does it feel now that people are reviewing YOUR work?

You know, I was nervous about that going into it. When you write a book, it’s a very isolating experience because you’re in a room by yourself and even when you’re not physically writing the book, you’re always thinking about it. So in a way, even when you’re around other people, you’re in your head all the time. It’s a lonely process.

Now, the book is out and people want to talk to me about it and they want to review it and discuss it – that’s really nice. This is the best part of writing a book. Having written a book is the best part. When you can reflect on it and people talk to you about it, that’s what makes up for all the stuff before it — all the drudgery of actually writing something, or just the loneliness.

Why did you choose Cactus Club over a book store for your author event this Friday?

The Milwaukee Record people reached out to me. It was their idea to do it there and I thought it was a great idea. Boswell Books is sponsoring it, so they will be selling the book there and are involved. It feels like a different thing to do and I lived there a long time and know the Cactus Club, it seems like a really fun thing to do.

What can we expect at the event?

You’re going to see two white guys in their late-30s talking on microphones. It’s going to be me and Matt Wild from Milwaukee Record. I think it will be fun. He’ll talk to me for a bit and we’ll have a Q&A and that’s usually a fun thing to do. There will be a Vander Mill Cider sampling as well. It’s an author event, like a lot of author events, but a little looser – an “author event after dark.” There will be drinks there it will be fun and loose, we’ll talk about music. I think it will be a breezy way to spend an hour of your time. [Ed. Note: stick around for Screaming Females with DUSK, New Boyz Club performing afterwards]

Who: Steven Hyden author of “Your Favorite Band is Killing Me”
What: Author event
Where: Cactus Club, 2496 S. Wentworth Ave. Milwaukee
When: Friday, June 24 at 7pm
FREE

More info on the event HERE.

The book will be available at the event and from Amazon HERE.