Milwaukee artists cover each other in Local Coverage fundraising event

Milwaukee artists cover each other in Local Coverage fundraising event 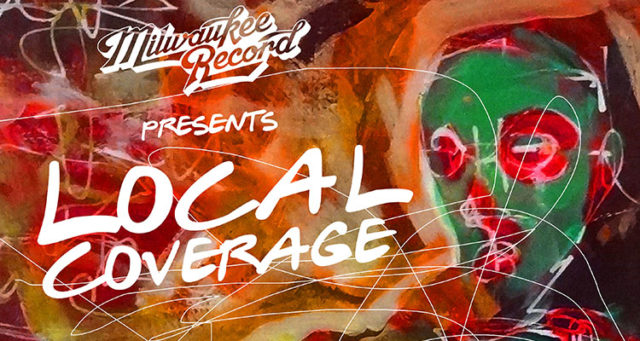 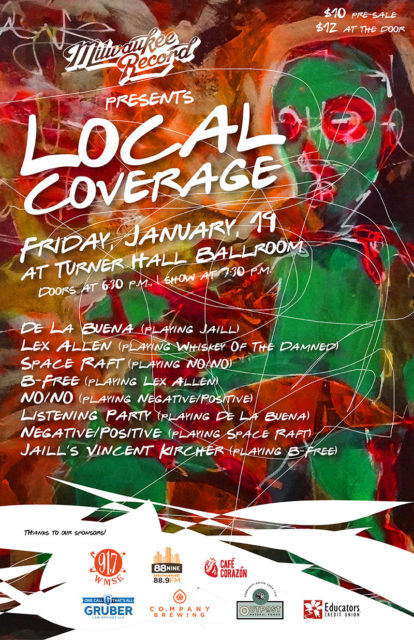 The event put together by music and culture blog MilwaukeeRecord.com brings together bands and artists from a diverse mix of genres, performing 15 minute cover sets of each other’s music.

The event strives to help bring Milwaukee’s music scene closer together and to raise funds for an area organization. This year’s beneficiary is Milwaukee Women’s Center, a small local operation that “provides comprehensive services and treatment for women, men, and children whose lives have been affected by domestic violence, addiction, mental health issues, and poverty.”

This years participating artists are:

We love the idea of teen band Negative/Positive taking on the songs of veteran rockers Space Raft. As a young band formed out of the Girls Rock MKE program, we reached out to hear their thoughts on the experience of covering a Milwaukee artist and being covered themselves. Space Raft was their first pick and singer Ava G. says, “We chose Space Raft because we really enjoy their music, and could see us playing it, even though we have less instruments and the songs were challenging. It’s been really fun to cover these songs because they’re really different from ours and it’s been an awesome challenge. And although we’ve tried not to simplify the music, we’ve changed some parts for us that we just felt like making our own.”

Space Raft singer and guitarist Jordan Davis was signed to In the Red Records in High School with his band Mystery Girls, and feels a connection to the band. “I couldn’t be happier that Negative/Positive chose our songs to cover. I started my first band roughly around their age and it makes me happy to see younger people getting involved with music and entering the rock and roll continuum.”

When asked about hearing its own music covered, Negative/Positive drummer Ava A. shares, “It’s weird and exiting. Hearing someone else play one of our songs is going to be really interesting; it’s going to be cool seeing how they changed it, or maybe kept it the same. I’m excited to hear the other bands cover each other, and I’m excited to play myself, too. We’ve all worked really hard to put together these covers, and I think they sound great!”

When asked about his expectations this year, organizer Tyler Maas shares, “I never know what to expect, I don’t like to make expectations, but I’m always wrong with what I think it will sound like and I’m always shocked and amazed by what I see.”

Tickets to Local Coverage can be purchased HERE. The $10 pre-sale price INCLUDES processing fees. The $12 price at the door DOES NOT. (Buy ahead of time to save on fees)

Watch Tigernite perform the music of GGOOLLDD at Local Coverage 2017: