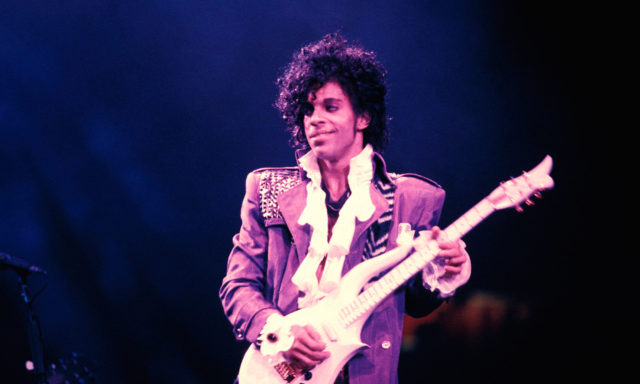 Today marks one year since the legendary Prince Roger Nelson passed away.  Prince’s music has made an impact many musicians from different generations including Milwaukee artists.

Check out what song they picked any why below.

My favorite song would definitely be “Controversy.” I think musically it has great pacing–nothing ever gets stale or swallowed in all the sounds he’s combining, making it something both catchy and complex. Really though, it’s the lyrical content that cements it for me. Instead of just being another pop declaration of sexual character, “Controversy” functioned as a much deeper conversation with the audience. Specifically the line “I can’t understand human curiosity” was so clean in pointing the finger back at the listener, suggesting we have some introspection to do as well.

“If I Was Your Girlfriend” is my favorite Prince tune these days. I didn’t really get what the song was about until recently. The song made me think about my relationships with my girlfriends and like wtf was Prince thinking when he wrote the song. It’s just so interesting and I like music that makes me evaluate my life. Plus any song that starts with the best sound in the world, the sound of an orchestra tuning, is already a winner in my book.

Though it’s hard to narrow it down, I think one of my favorites is “I Feel for You” off his 1979self-titled album. It’s one of the first Prince songs I remember hearing and it really blew my mind. I was just a young boy when my babysitter would play it in her little wood-paneled convertible while driving us around town. Now, years later, that song still has a lot of influence on me. The slick production and sexy tone really do it for me.

My favorite is “The Beautiful Ones.” There is just so much passion and yearning in this song and lyrics, and I think it perfectly accentuates one of my favorite moments in the movie “Purple Rain”.  Prince screaming out on stage and asking Apollonia what is it gonna be while she’s sitting at the table with Morris, tears streaming down her eyes because she knows she doesn’t want to be there, but she doesn’t know how to be with someone as complicated and eccentric as The Kid.  There’s just so much emotion in that moment and in the song itself.  It’s also a vocal range I wish to attain one day.  Everyone needs a good Prince scream 🙂

My favorite Prince song ironically is She’s Always In My Hair. It’s like, I always have that kind of woman in my life and another thing that’s ironic is, I wound up losing my hair! So it sits home with me.

My favorite Prince song is “Adore.” It was included on EVERY slow jam tape.  Yes, cassette tape.

My favorite Prince song has to be  “Pop Life.” I guess it’s just really underrated in my mind, which ties into the tune’s message of expectation and status quo. The piano part is sweet, simple perfection & the drums get right to the point without a lot of grandeur.

My absolute favorite Prince song of all time is “I Would Die 4 U.” My father was a huge Prince aficionado when I was growing up so I was submerged into a lot of material by the Purple One growing up. Whenever I’d hear this particular song, I couldn’t ignore the feeling of joy that would take over as it always embodied the essence of Prince‘s work to me: a feel good, musically progressive cornucopia of sound with profound meaning in the lyrics. This song was actually the tune for the Father/Daughter dance at my wedding this past summer & I couldn’t have picked a more memorable choice!

My favorite Prince song is “If I Was Your Girlfriend.” I heard the song for the first time when I was probably 17 and I was driving around my hometown listening to 88.9. I remember being so obsessed with the whole concept of the song. It was something so refreshing and simple, yet layered with angelic soft vocals. It’s such a honest song. He just really wanted to dress that girl and wash her hair. Now that’s love.

I like “Raspberry Beret” today. Joyous, sly, melodic. I could go on, but like a friend from Minneapolis once said to me, “Everyone should have a little hippy in them.” Prince had exactly the right amount.

“How Come You Don’t Call Me” is my favorite Prince song. Simple, perfect and a credible homage to Aretha Franklin and her relationship to the piano. Here is the version by Alicia Keys.