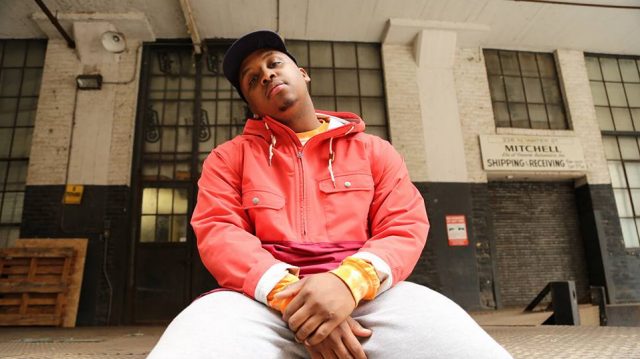 The late 1980s and early 1990s is considered the Golden Age of hip-hop. This was a period when jazz and funk samples laid a sonic foundation for charismatic wordsmiths, typified by artists like Big Daddy Kane, Run-DMC, A Tribe Called Quest, and Nas.

While this style of hip-hop is not as popular as it once was in America, it remains the sought after sound in Europe. Rappers doing an updated version of Golden Age hip-hop — like Joey Bada$$ — are finding bigger audiences overseas than at home.

Milwaukee’s El-Shareef is on a similar path. His latest release, a collaboration with producer Derelle Rideout called ‘Matching Verts,’ is being distributed by German label Radio Juicy. I spoke with the 23-year-old about his influences, ‘Matching Verts,’ and his initial reluctance to doing business with a European label. [Read below for more.]

El-Shareef — born Elamin Sharif — grew up on the north side of Milwaukee near Washington Park. He remembers his dad listening to Snoop Dogg and Tha Eastsidaz, while his mom would bump Monica or Lauryn Hill. As a child Sharif gravitated towards late 1990s rappers and singers like DMX, Jay-Z, Ludacris, and D’Angelo.

Sharif is unabashedly a big fan of the fairer sex, a trait revealed by one of his first influences, Lil’ Bow Wow.

“If you’re 6, 7, or 8 and you see a lil’ dude rappin’ who’s the same size as you, that’s going to inspire you at the time. Not lyrically, but he was a big deal and girls were chasing him. I don’t like him at all, but as far as inspiration when I started writing music, that’s why,” admits Sharif.

“I’ve been listening to a lot of Nas’ ‘The Lost Tapes’ right now. He don’t wanna call it an album, but to me it’s his greatest work.”

On the current trend of melodic, bass heavy hip-hop music, Sharif says, “I guess if I’m out partying I’ll go with the vibe. But as far as sitting around listening to it on my day-to-day, I probably wouldn’t be able to do that.”

A hallmark of hip-hop’s Golden Age is rapper-producer duos like Eric B. & Rakim. Not to mention, it’s always exciting when a beloved rapper teams up with a respected producer. One of Sharif’s favorite examples of this is ‘Covert Coup’ by Curren$y and Alchemist. For ‘Matching Verts,’ Sharif joined forces with Derelle Rideout, one of Milwaukee’s hottest producers.

“Me and Derelle been working since 2011. We figured it was about time to put something together. We both like working alone. So he just sent a batch of beats, I recorded at home, then I sent ’em back.”

Sharif describes the title of the project as akin to a “rags to riches” sentiment. “From raggedy cars to matching convertibles,” he says. The 11-track album is his best work to date. Sharif’s laid-back flow glides over Rideout’s layered, fluid production. 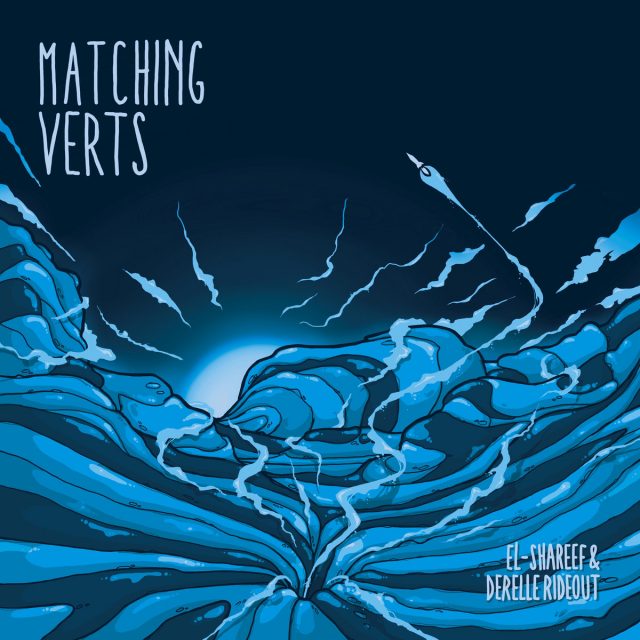 Radio Juicy is a German hip-hop platform founded in 2012 by Janis Koch. The endeavor began as a radio show and with the help of Urban Waves Records, Koch added a label arm dedicated to limited release cassette tapes and vinyl, as well as digital distribution.

Koch came across El-Shareef’s music on Soundcloud. He passed along one of the tracks — “Earthworms” — to a DJ in Germany.

“They were spinning it at overseas gigs and the crowds were loving it, so they figured they’d try to create a deal. I wasn’t trusting it at first, because I’d never heard of them,” admits Sharif.

“I had to get people to check it out. My grandma has a friend that’s a lawyer and I had them look at it. We worked something out and they paid me a lump sum,” says Sharif of the ‘Matching Verts’ limited-run cassette tape deal with Radio Juicy.

“The Internet has changed the game big time. You can get music out there much quicker and there’s easier access. It has made more room for wack sh*t, but talented rappers who ain’t out there can get more exposure now,” says Sharif.

At the moment Sharif is working on new music, including some feature appearances with local and out-of-town artists. He enlisted the talents of award-winning director Damien Blue for the “Benjamins Talk” video, and has more videos in pre-production.

My last question for Sharif was whether or not he has a passport.

“I’m planning on going to Germany soon and doing a few shows.”