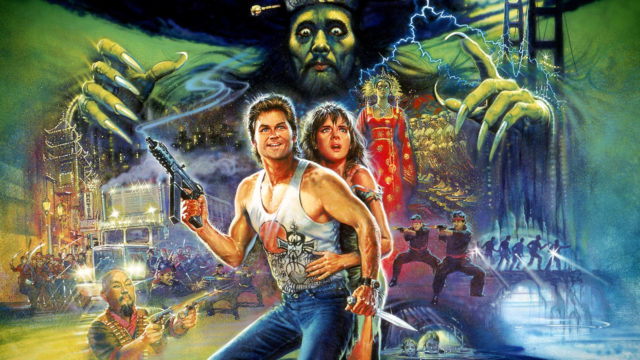 If all the amazing hip-hop events during Hip-Hop Week MKE aren’t enough for you, the Marcus Center has got you covered. This Friday, Aug. 23, at the Peck Pavilion there will be a special screening of the cult classic “Big in Trouble in Little China” as part of the Peck Film Series.

The screening will be accompanied by a score of hip-hop, soul and funk courtesy of Shaolin Jazz and their event series “Can I Kick It?”

“Can I Kick It?” is an event series for lovers of martial arts films and hip-hop. At each event cult classic martial arts films are screened and scored (scene-by-scene) with a blend of hip-hop, soul, funk and more mixed live by DJ 2-Tone Jones. The result is a live, remixed soundtrack to the movies using music and DJ techniques to accentuate elements of specific scenes and fighting sequences.

They have done these events with films like “The Last Dragon,” “Teenage Mutant Ninja Turtles,” and “Kill Bill Vol. 1.”

Created by Gerald Watson and produced by DJ 2-Tone Jones, “SHAOLIN JAZZ – The 37th Chamber” is a mix project whereby various jazz songs and breaks are fused with a cappellas and vocal samples from the iconic Hip-Hop group Wu-Tang Clan.

You can register for the screening via EventBrite.