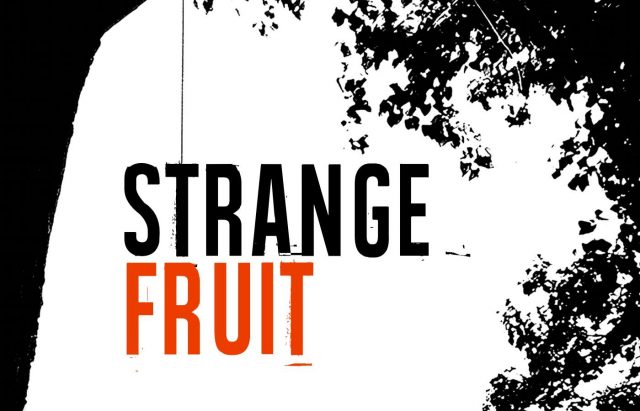 Racial relations in this country has been very tense in the past few weeks and months due to the killing of unarmed black men by the police and the violent attacks against the police. This weekend, Milwaukee musician Jay Anderson aims to address the racial tension in Milwaukee and around the country via the Strange Fruit music festival.

The festival is named after the song sung by Billie Holiday. The song was written by Abel Meeropol as poem and it protested racism in America and the lynching of African-Americans.

Strange Fruit responds to the back-to-back murders of Alton Sterling and Philando Castile. Chauntee Ross, of SistaStrings, invited friends (Klassik, Lex Allen, Angie Swan, Tarik Moody,D’amato, Cree Myles, Bo Triplex, Zed Kenzo, Queen Tut, Katie Lafond and many more) to her house to explore what they, as artists, can do to promote a deeper cultural understanding. It became an impromptu Cooking and Clearing experience, a communal meal where the group not only broke bread as a family unit but joined creative forces.  As Jay Anderson helped her sister and musical partner Monique Ross cook the greens, fry the chicken and bake the cornbread, they discussed the importance and responsibility of educating not only their community but neighboring communities as well who have even less of an understanding and true representation of who people of color are.

In a recent interview, Ms. Chauntee Ross spoke from her heart about the project: “It’s long overdue that we should all be getting together and combining our skills and expertise to be agents of change and promote action. I’m not here to tell you exactly what that action will look like. I’m not here to entertain. I’m here to remind our community that we have a responsibility to take care of one another and to make sure that our voices are heard.”

Ms. Ross also Elaborated: “We recognize that black progressive political victories were won through interracial working-class solidarities. Artists are called upon not to replace politics with entertainment or public-therapy, but to engage in battle with a class-war that has furtively directed our gazes away from our empirical and potential political unity of the laboring classes.”

By the end of the night of cooking, eating and talking together, the initial gathering of friends came to one concept. As Mr. Anderson put it, “We can no longer be violent with our bodies or our actions; we are here to be violent with our art.  And so we will create a piece of art to immortalize these temporary emotions that we feel about the state of the country.”

The Strange Fruit Music Festival embodies an old idea within the history of social protest.  As Leonard Bernstein said in response to the murder of John F. Kennedy, “We musicians, like everyone else, are numb with sorrow at this murder, and with rage at the senselessness of the crime. But this sorrow and rage will not inflame us to seek retribution; rather they will inflame our art. Our music will never again be quite the same. This will be our reply to violence: to make music more intensely, more beautifully, more devotedly than ever before.”