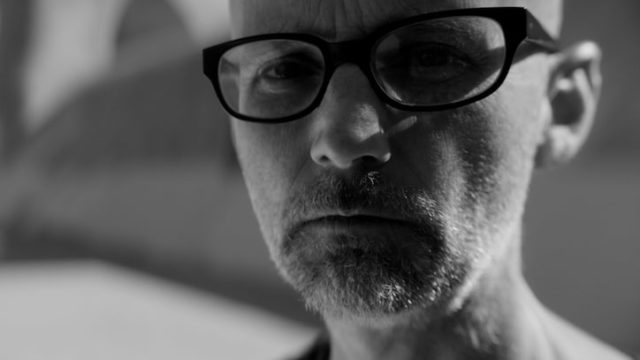 Moby’s new album, “Everything Was Beautiful, And Nothing Hurt” is due out on March 2nd via mute. Listen to the conversation or read an edited version below.

Justin Barney: Good, how are you?

Justin Barney: We are playing the new album, “Everything Was Beautiful, and Nothing Hurt.” Is that a reference to Kurt Vonnegut’s, “Slaughterhouse-Five?”

Moby: Yeah that’s correct. When I was in high school I loved reading Kurt Vonnegut and I realized that time has passed and this is one of the benefits of getting older. Enough time passes so you don’t fully remember the books that you loved when you were younger

Moby: And so you can go back and revisit things, and they’re new again! So I’ve been on this Kurt Vonnegut tear, like reading all of, “Slaughterhouse-Five”, “Deadeye Dick”, “Bluebeard”, and all these amazing books.

That particular quote, “Everything was beautiful, and nothing hurt” struck me so profoundly and it made me realize that this strange apocalypse that we seem to be suffering through is both strange and frustrating because we’re the ones who created it. 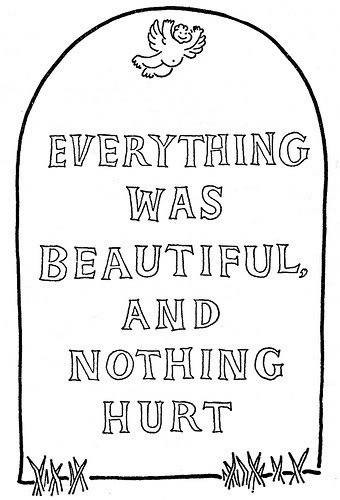 Justin Barney: So, we are playing, “Like a Motherless Child”, right now. It is a rework of an old spiritual, which I think is interesting, because here was are in 2018. We are at the most modern that we have been, and spirituality kind of feels that it’s possibly the lowest it has been.

Why do a spiritual in a time where it feels like spirituality has been disconnected?

Moby: Well, it’s a good question. I guess it depends whether we look at spirituality in a very specific way, in a denominational way. Or just in sort of a description of the human condition, and a way of addressing some of the concerns that are part and parcel being human.

Moby: And to that end, I still have yet to meet the person who has exempted themselves from the human condition. Everyone deals with insecurities, perceived inadequacies, fear, and ultimately, we die. Whether it’s spirituality or however you want to describe it, trying to put our experience in some sort of universal context while in a weird way trying to be compassionate and understanding with ourselves and the people around us, because everyone is going through it.

Well, okay. I’m assuming the President of the United States might not being going through this, but that’s because he’s a broken human being.

But the rest of us are all wrestling with these very human concerns, and what I like about some of the old spirituals, is they address them so specifically, non-ironically, non-cynically, non-academically even. Just looking at some of the sadness and fear attached to the human condition.

Maybe this sounds overly negative, I don’t know, but even when there isn’t suffering, there’s still the awareness that suffering is inevitable.

I’m assuming the President of the United States might not being going through this, but that’s because he’s a broken human being.

Moby: I have this experience on an almost daily basis, and I don’t know if you have this as well. Suppose I’m reading a book that I really love, in the middle of the book I get really sad because I know at some point, the book will end. Or you’re eating a piece of pie and half way through the piece of pie all of the sudden you’re filled with ennui and despair because you know at some point this pie is going to be gone. But that’s absurd because then you don’t enjoy eating the rest of the pie, but that is the nature of being alive, is, even when it’s great, eventually it ends.

One of the only things I find comforting about that is the idea that every single human on the planet is experiencing some version of that.

Justin Barney: That is comforting.

Justin Barney: Going into a last question here, what is one song you can’t stop listening to?

Moby: Well, it’s not a new song. And part of it is that we are at the period of both David Bowie’s birth and death. So I’ve been listening to “Heroes” quite a lot. It’s sad, but quite remarkable that David Bowie and I were quite good friends. 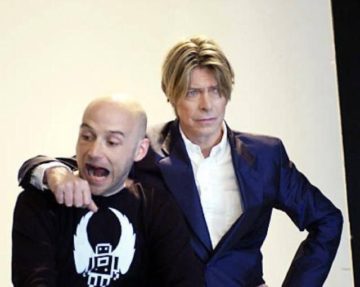 My first ever job growing up was caddying. And I only caddied long enough to buy two David Bowie albums. If you would have come to me when I was 13 or 14 and caddying, and you said, “At some point David Bowie will be your neighbor and your friend and you will go on tour together.” I never ever would have believed that.