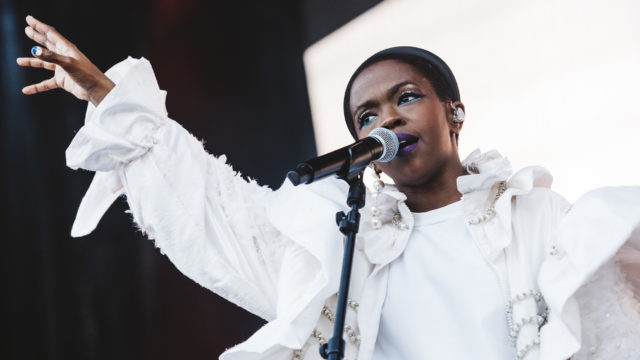 The enigmatic Ms. Lauryn Hill has returned with a new song, “Guarding The Gates,” off Queen & Slim: The Soundtrack, which is out today via Motown Records.

In a press release, the film’s director Melina Matsoukas says that the soundtrack, which also features contributions from Burna Boy, Vince Staples, Megan Thee Stallion, Roy Ayers and more, aims to convey the history of black music “from its roots in blues and soul, to modern bounce, hip hop and R&B – much like we used to see in film soundtracks in the ’90s.”

“Guarding The Gates” fits squarely into that theme. A staple of Hill’s live show in recent years, the song updates her earthy Miseducation era, marrying guitar and harp to 808s and ambient synth work. Hill’s writing is characteristically jaded: “Watch them marvel at / All the joy you have / But they’re too important to have all the joy you have.” Her voice, heard today, remains the platonic ideal of what it spawned — that is, much of contemporary R&B — and still carries time-stopping power.