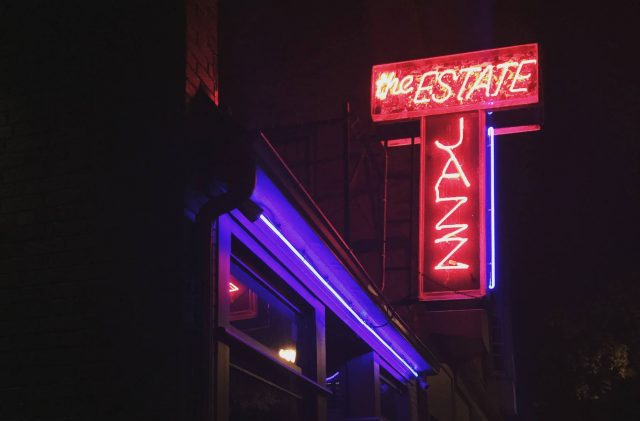 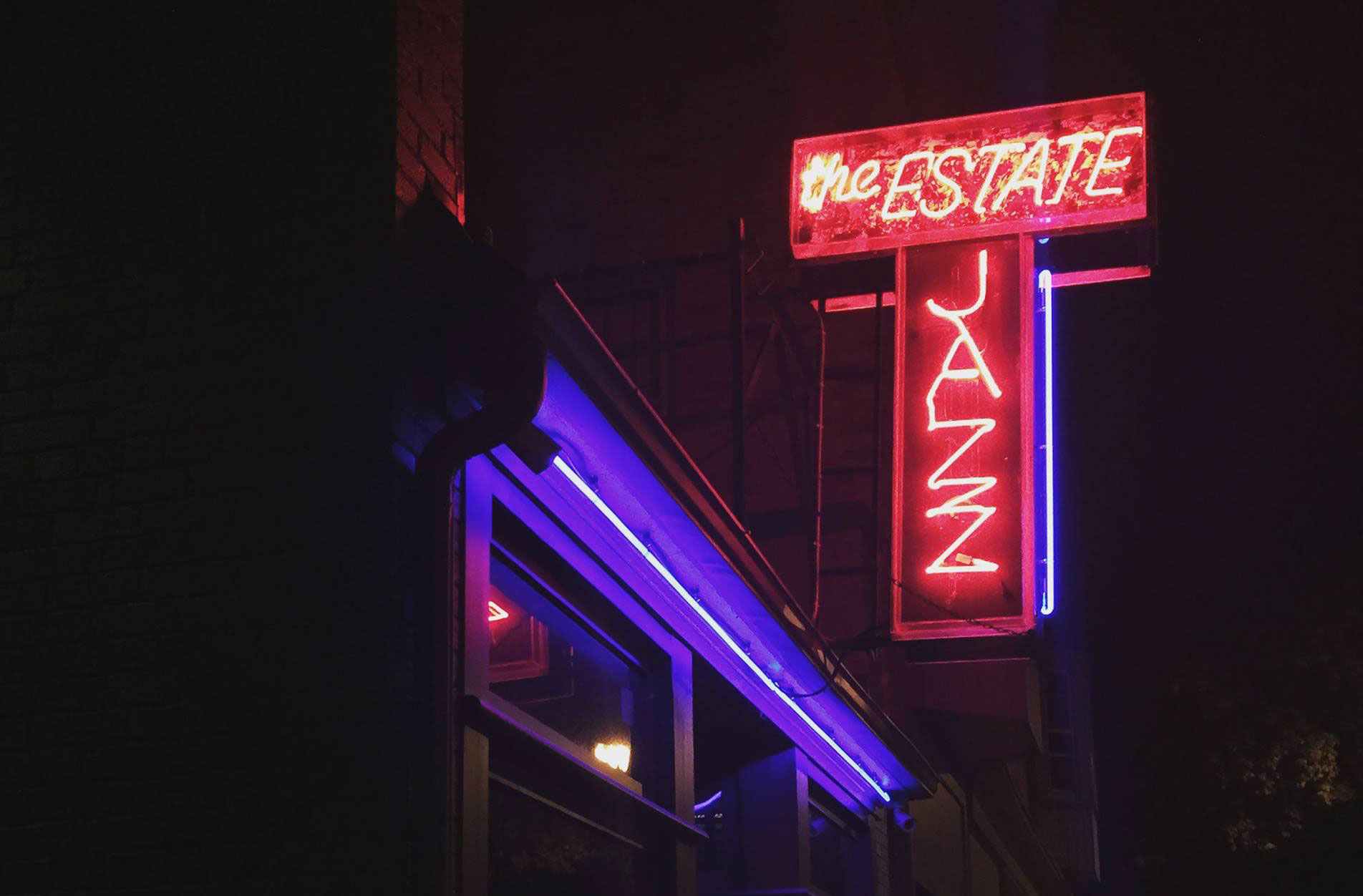 Tonight is the grand re-opening of a Milwaukee institution, The Jazz Estate.

After many months of anticipation and quite a bit of construction, the tiny but influential venue/bar will once again breathe jazz into Milwaukee’s East Side.  On opening night, you can catch the DED Organ Trio christen the space with a performance that should live up to the name: The Jazz Estate.

A few days night ago, Jazz Estate’s new owner John Dye invited me to a preview of the venue. I showed up at  9:30pm and approached the main entrance — a simple wood door with three small diamond windows. That simplicity didn’t prepare me for what was behind it.

I stepped inside to another time and place. A place that conjured scenes from movies like Spike Lee’s “Mo’ Better Blues,” 1986’s “Round Midnight,’’ or “Bird” directed by Clint Eastwood. It also reminded me of images of the Playboy Club from the 1960s (without the “Bunnies”). The Jazz Estate is familiar and new at the same time. I was greeted by a host dressed to the nines. Bartenders were wearing vests and ties, making classic and new cocktails. Oddly enough, I felt at home even though I didn’t dress the part.

The space feels bigger than before, partially because of simulated windows. Then there’s the stage, with a classic Shure 55 Unidyne microphones front and center. (In actuality, it was probably the updated version, the Shure 55SH.) Then there was a drum set with the Jazz Estate logo on the kick drum. One thing not new on the stage: a Steinway piano from the 1920s.

Then there were the cocktails. Dye, who also owns the legendary Bryant Cocktail Lounge, has made sure the cocktails live up to the new space. One of the standouts: the Jazz Estate Old Fashioned.  What made this cocktail special vs. other variations of this classic is coffee. When I tasted it, I first thought, ‘Why didn’t I think of this?’

I chatted with Dye a day before the official opening about the new and improved Jazz Estate. 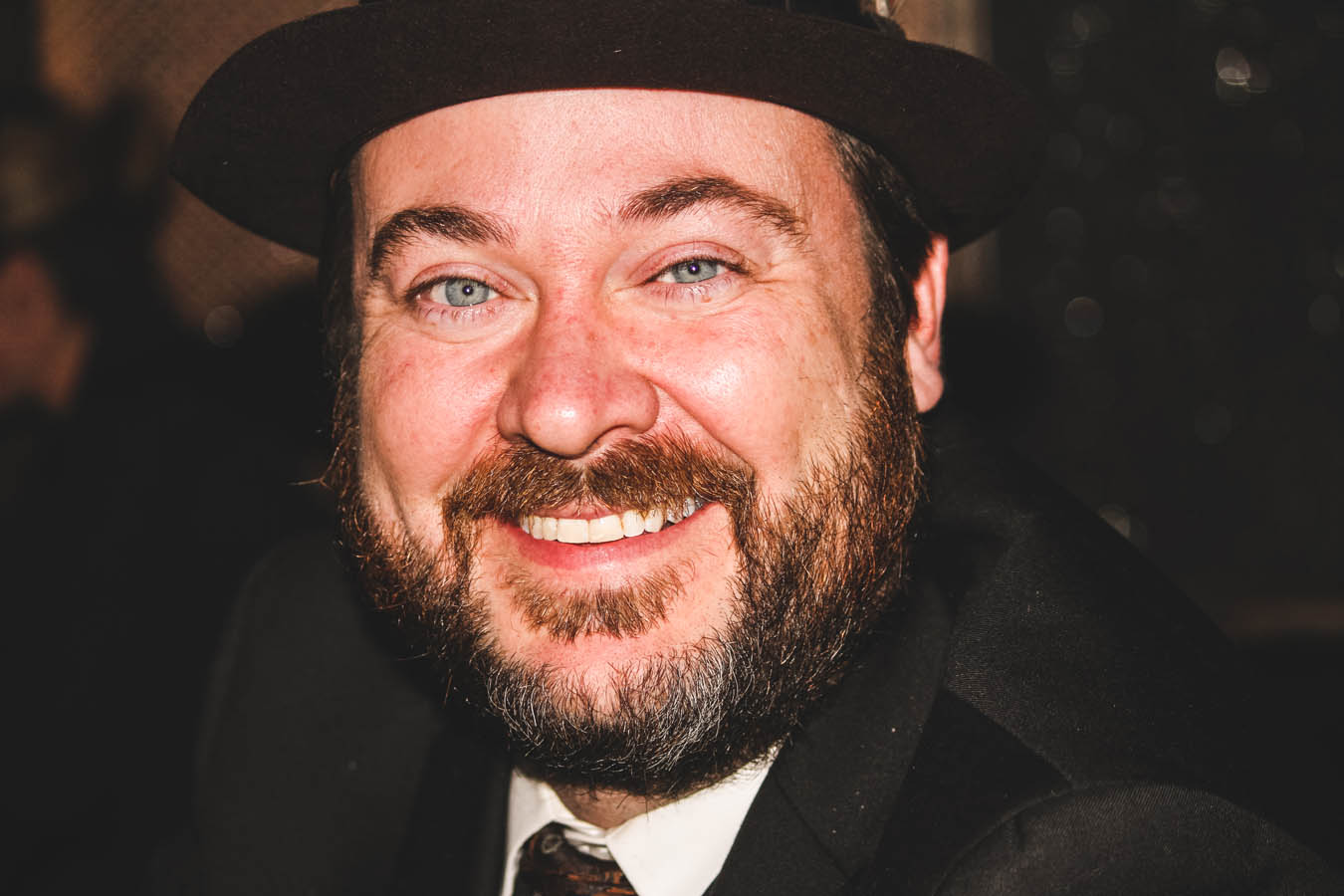 88Nine: What inspired you to take over the Jazz Estate?

John Dye: They [previous owners] actually approached me. I came and took a look at it and that was probably close to two years ago. I love Milwaukee institutions and that has always been sort of on my radar. I waited a long time to open a second bar. I really wanted Bryant’s to be to that point where everyone was comfortable with it and surviving on its own.

88Nine: What is your vision for The Jazz Estate?

John Dye: I wanted to keep as much of the original feeling as possible, which ended up not being possible. It just sort of peeled off the walls and fell apart. It was a pretty big challenge to re-envision what somebody would have done with it back in the 70s or 80s. I had to create something that would fit in the space and match the role for a jazz club in Milwaukee. I wanted the space to dictate the design. It was really a more of an organic thing.

88Nine: Can you explain the unique fixtures and the decor? Were you searching for a certain look?

John Dye: Definitely. I did work with the designer to pick a lot of the stuff. I sent her pages and pages and pages of ideas that I thought would fit in the space and together. We distilled it down. Then she picked a lot of the fabrics and carpet and stuff like that. I picked out the lighting and we worked on putting the whole design together. It was a really nice working relationship. I always have had a vision for what a great little historic bar should look like.

88Nine: By historic, were you looking for a style from a particular decade?

John Dye: Well that’s the funny thing. I thought about that a lot. I thought about the 70s with this place because that is when it first opened. But when you think of jazz clubs, you might think the 1940s or 1920s. So really, I didn’t want to necessarily get an era that hard. So there’s a mishmash of stuff. Some of the stuff is from the 1960s and other things are from the 1940s. It’s kind of an eclectic historic design brought together by a similar palette of colors and textures. I didn’t want to necessarily pin us into a certain space. When I first started, I was really trying to do the 1960s and I thought that that would be pretty cool. But there was just wasn’t enough material to really do it well. We kind of just went more eclectic a lot of the stuff is definitely a nod to the 1940s. I think that’s my favorite era for bars. 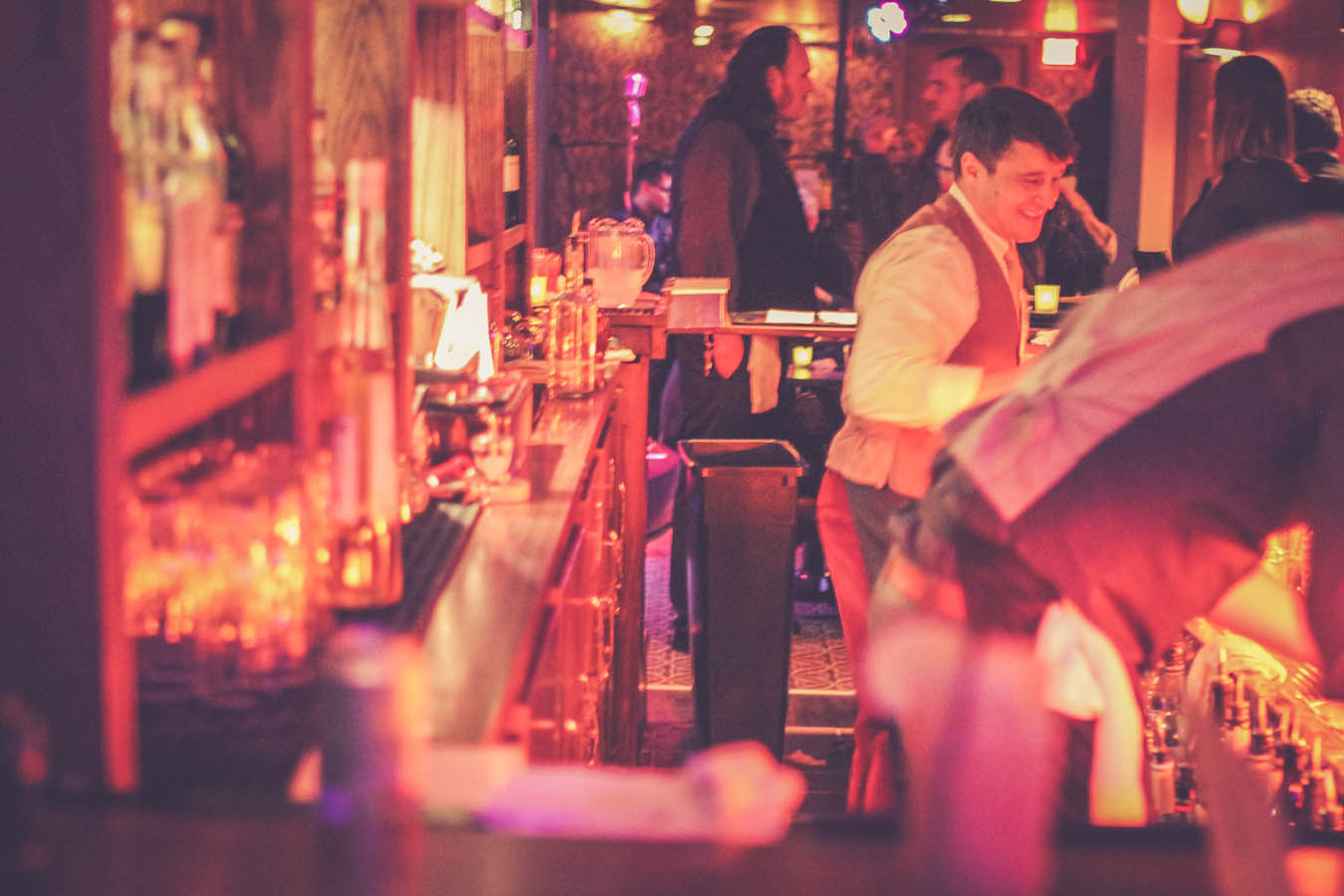 The bar at the Jazz Estate

88Nine: How did you handle the stage?

John Dye: We had to tear it out. It was in really pretty rough shape and it had been pretty rotted out so we moved the piano [the piano is the only original thing on the stage] and then basically rebuilt the stage. We wired it up so that it’s a lot easier to mic. We also made the stage a little bit smaller because it was awkwardly sitting out in the space. We needed more room to just go to work so we bumped it out. That’s why it has a rounded design. We wanted to keep as much square footage as possible, but we sort of had to clip those corners. We raised the ceiling on it and got rid of the air conditioning unit. Now people can be a little bit further back on the stage.

88Nine: I noticed on the stage a singular microphone. Why is that?

John Dye: Basically, I had a vision of there being a resting period for the stage. So that it didn’t just seem like a dark stage, when you walked in and there wasn’t music. So the way it sort of designed when there’s not music is that the drums, the piano and the microphone are lit up. I wanted that feeling like anybody could walk out at any second and just start performing. I really wanted a sculptural piece to the place where the stage becomes something that people want to look at even when there’s not music on. That was one of the visions from right at the beginning.

88Nine: So let’s talk about cocktails since you are known for cocktails. Explain the development of the cocktail menu and what makes it different than Bryant’s Cocktail Lounge.

John Dye: We didn’t want to just do a Bryant’s North. That was something we consciously tried to avoid. What we essentially did is that we took the different eras of the bar. There are some of the 1970s cocktails. Then there are some that are a nod to the 1940s, and then some more modern cocktails. We wanted that eclectic feel just like the space, but historic leaning. Jeff Kinder is the bar manager at Bryant’s and he is the cocktail guy for both places. He came up with most of the drinks on the list. We wanted to have some fun with the menu and not get super, ultra- serious. 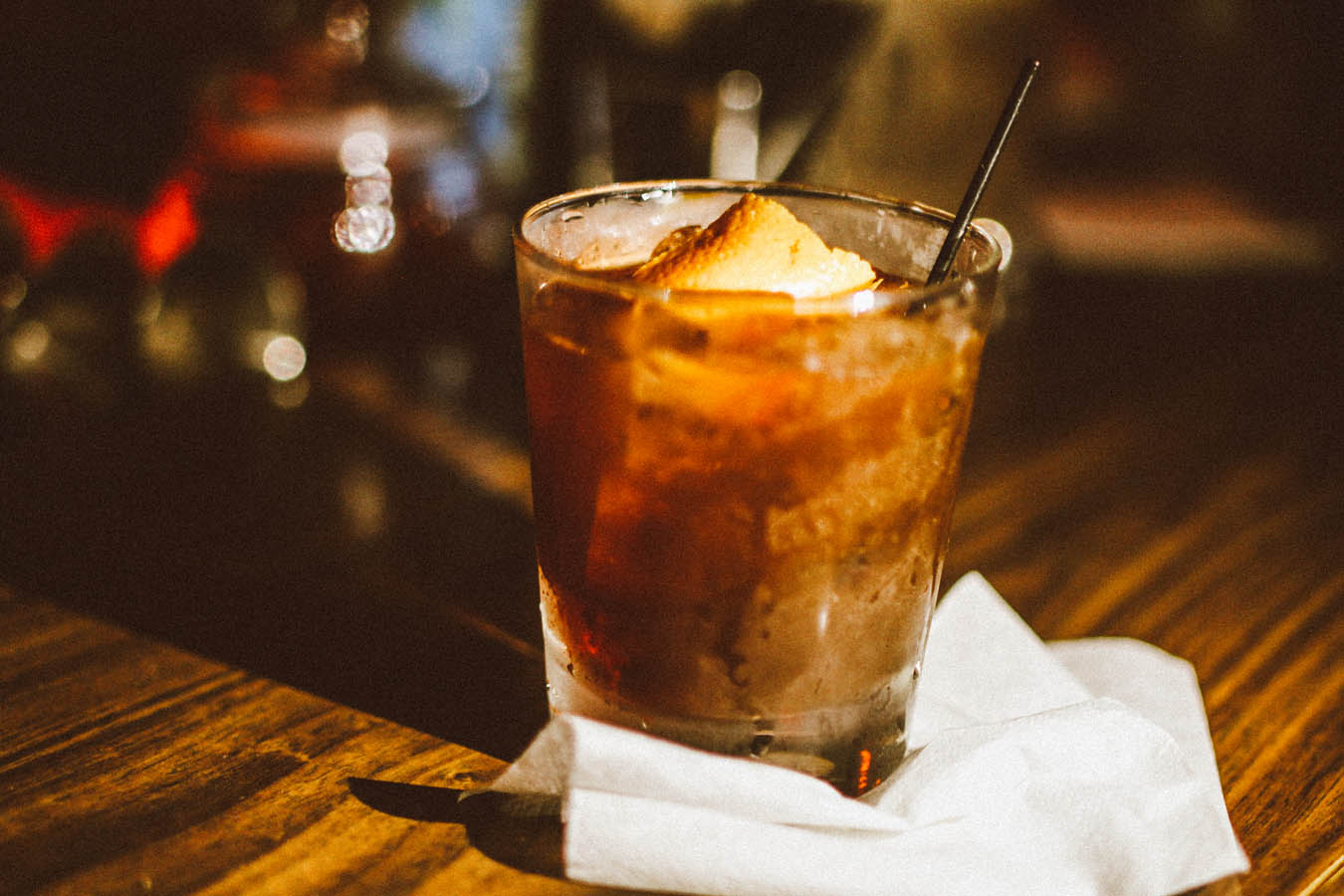 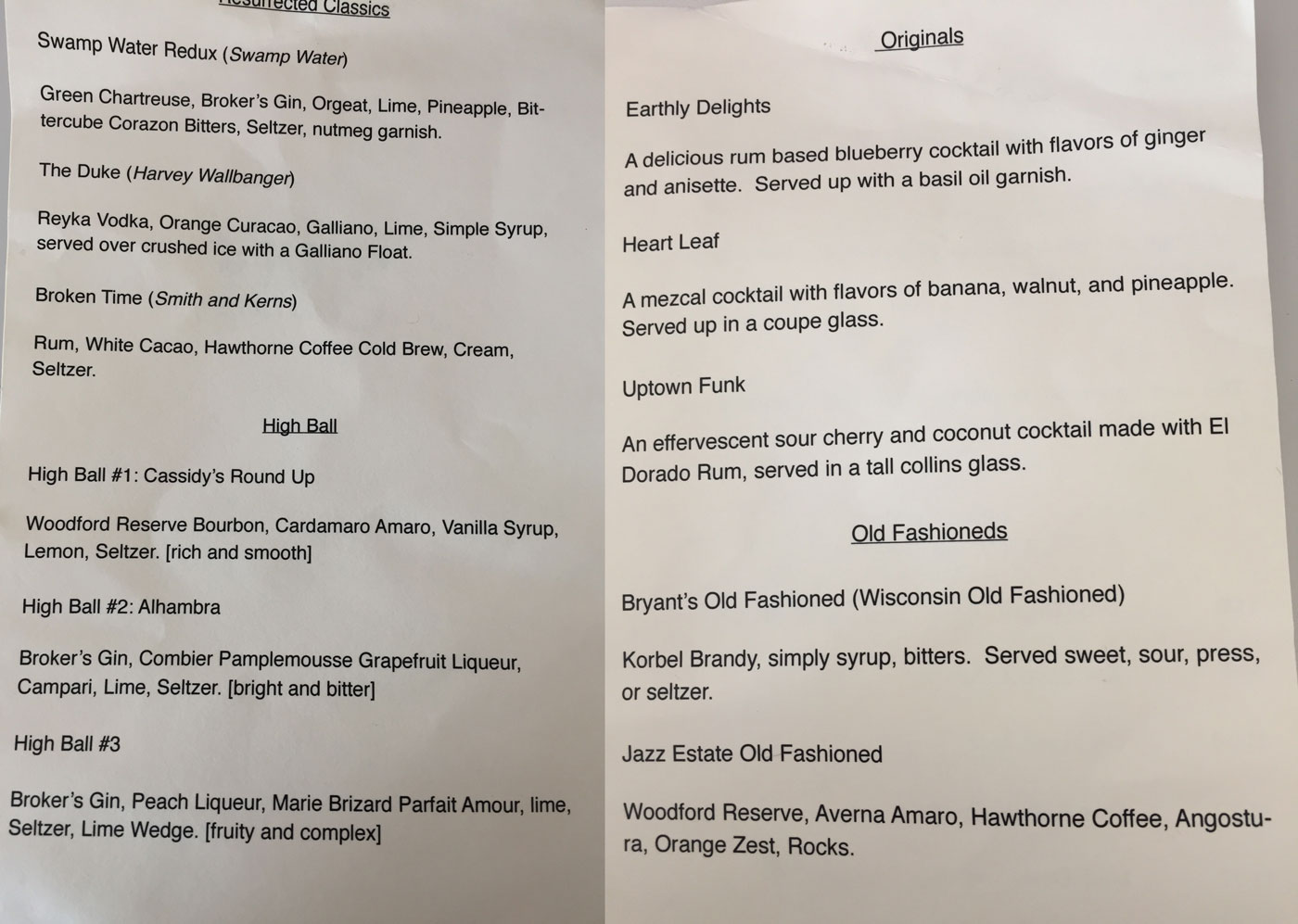 88Nine: You took over a place called the Jazz Estate. I assume you’re a jazz fan?

John Dye: Yeah, definitely. But I realize my knowledge of jazz is really not that great. I’m learning a ton more of it from the backend. I moved here from Seattle and I was enjoying going to jazz clubs. I’m more of an experience kind of person. I just enjoyed the experience of the whole thing. I like the actual turntable more than the actual record, if that makes sense. I think that’s where live music is for me, too. It is where you experience it and what else is going on around you. I think for me, that’s really important. I think a lot of live music venues have kind of lost that over time.

88Nine: Do you have a vision for the music you’ll be booking?

John Dye: We’re starting with just straight ahead jazz for now. We really want to get an identity back that The Jazz Estate had a long time ago. We’re just doing music two nights a week. We want to get really great players in and just start on that level. Once we sort of establish ourselves, we’ll start adding music on other nights if there’s a demand for it. So that’s sort of the plan for the live music. I came up with that plan from both a business sense and from speaking with a lot of the artists.

John Dye: There is and I think part of that comes from re-establishing that reputation of being a serious jazz club. That includes paying the musicians more. We are trying to be more professional about it, which I hope will help get this reputation. I’ve always marketed outside of Milwaukee, too. Chicago tourism is awesome in this city. People from Chicago love Milwaukee. I think it’s such a great thing and they should love Milwaukee. Milwaukee is a great city. I’ve always found that advertising to those people also gets us this reputation so that hopefully we will become known even just outside the Milwaukee circles.

Eric Jacobsen is doing the booking. He has a lot of really great connections with national acts. I think it’s going to definitely happen. The tricky thing with The Jazz Estate is that it’s tiny. There is only a capacity for 62 people.  To get those national acts, either they have to probably take in a lot less than what they’re used to money-wise or we need to charge a lot more than what people are used to paying.  We definitely want to try to get national acts. Eric is working on it and I think I think it will definitely happen. It’s going to be pretty cool.

During the interview, John mentioned he visited the legendary Milwaukee bar, Satin Doll’s. He went down to basement, called “Duke’s Room” – named after Duke Ellington.  There he found a neon light that says”Duke’s Room Open.” He was able to obtain the light and is looking for a home for it at The Jazz Estate. 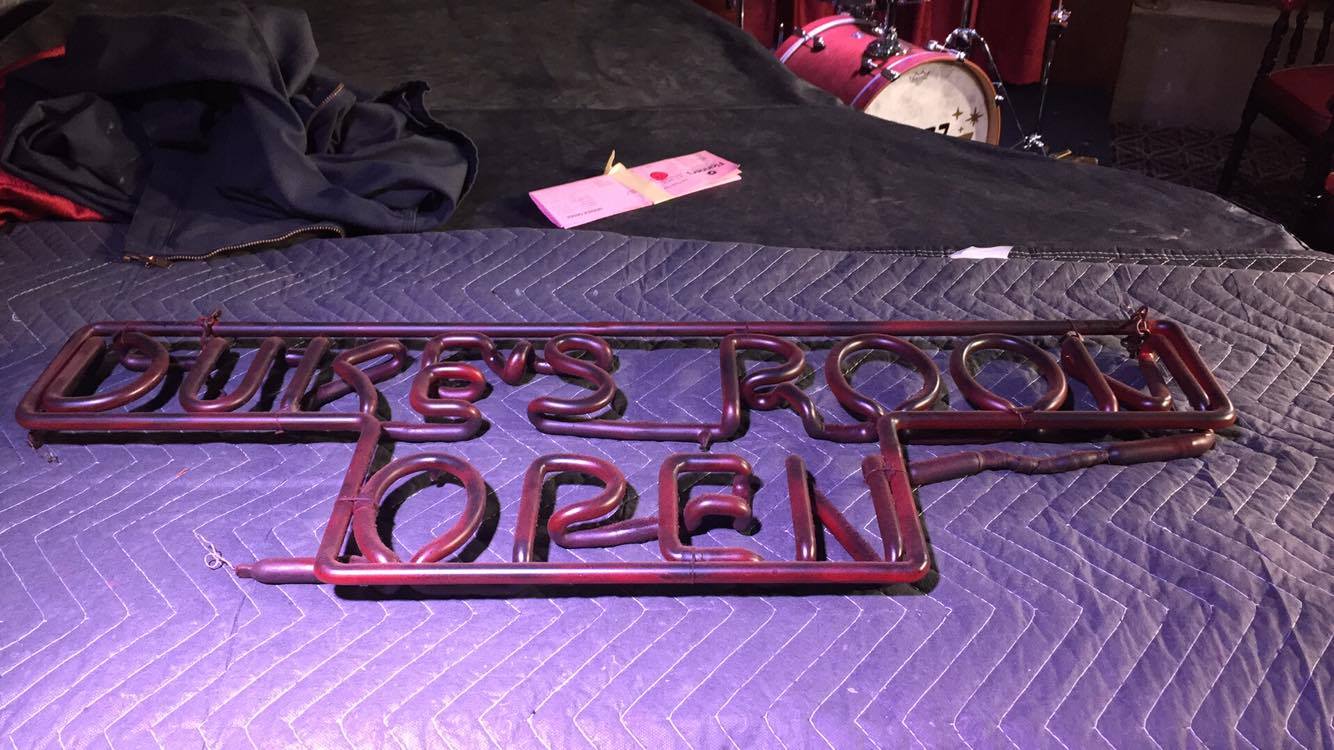 Upcoming shows at The Jazz Estate. (All 8pm-11pm)

Don’t forget to check out our story on Milwaukee’s jazz resurgence. 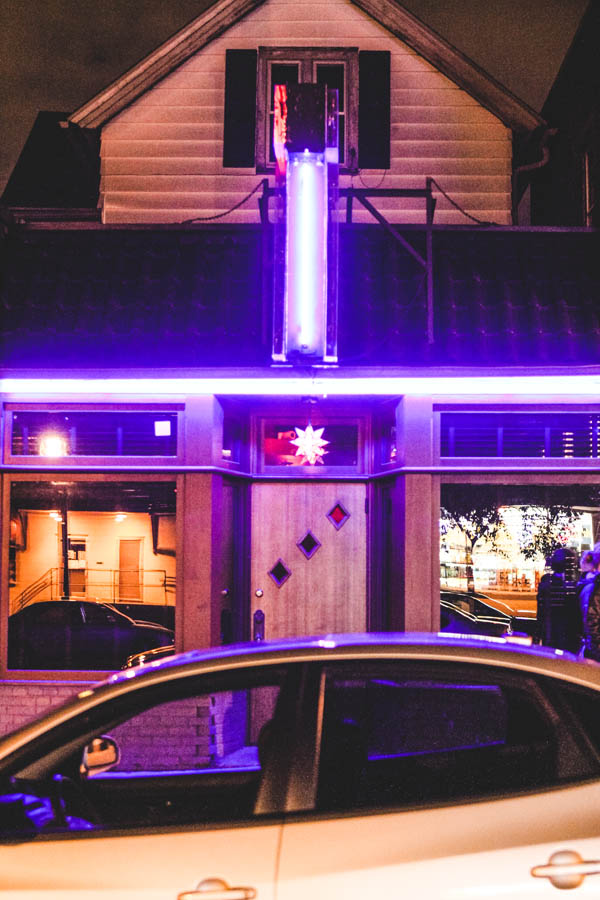 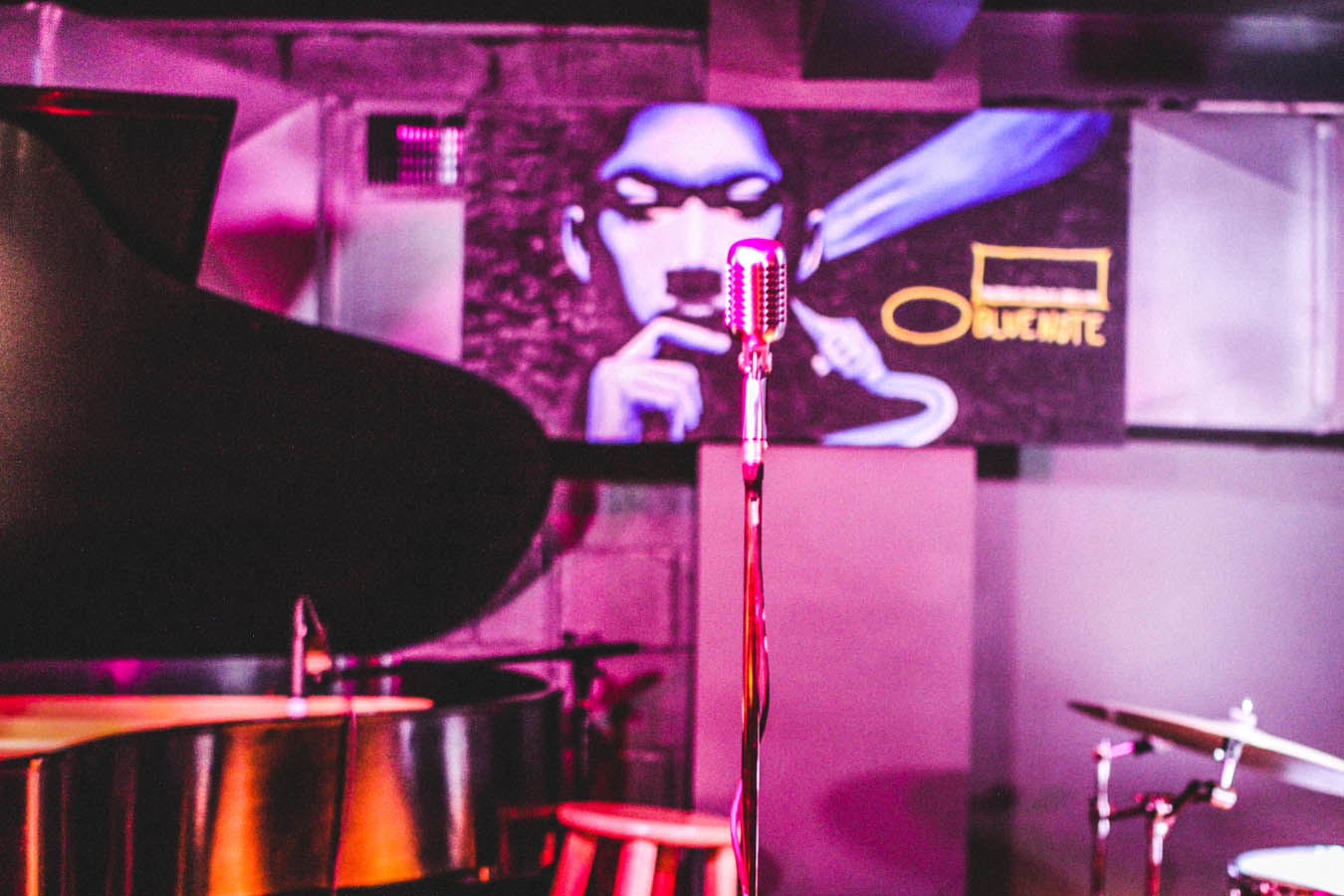 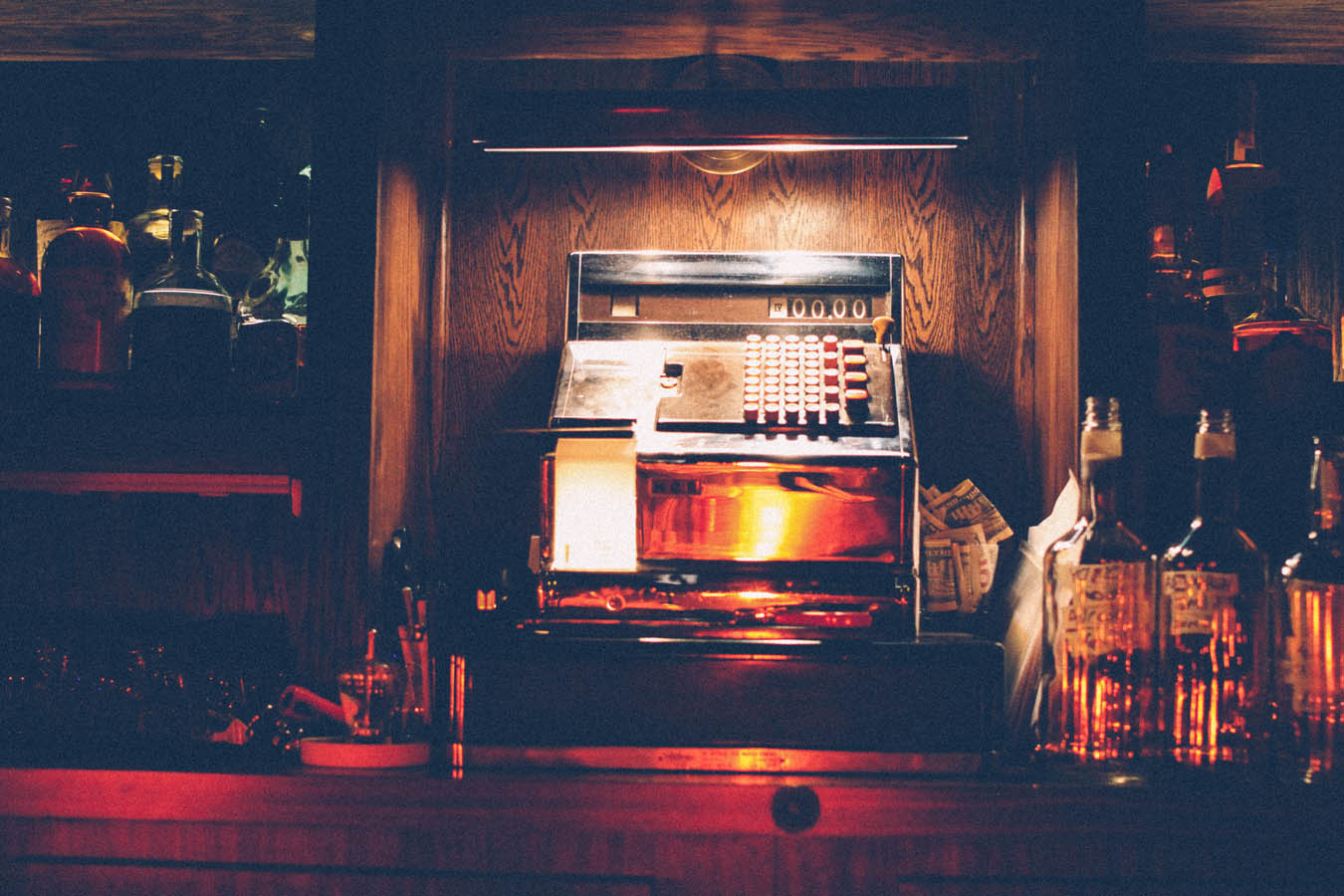 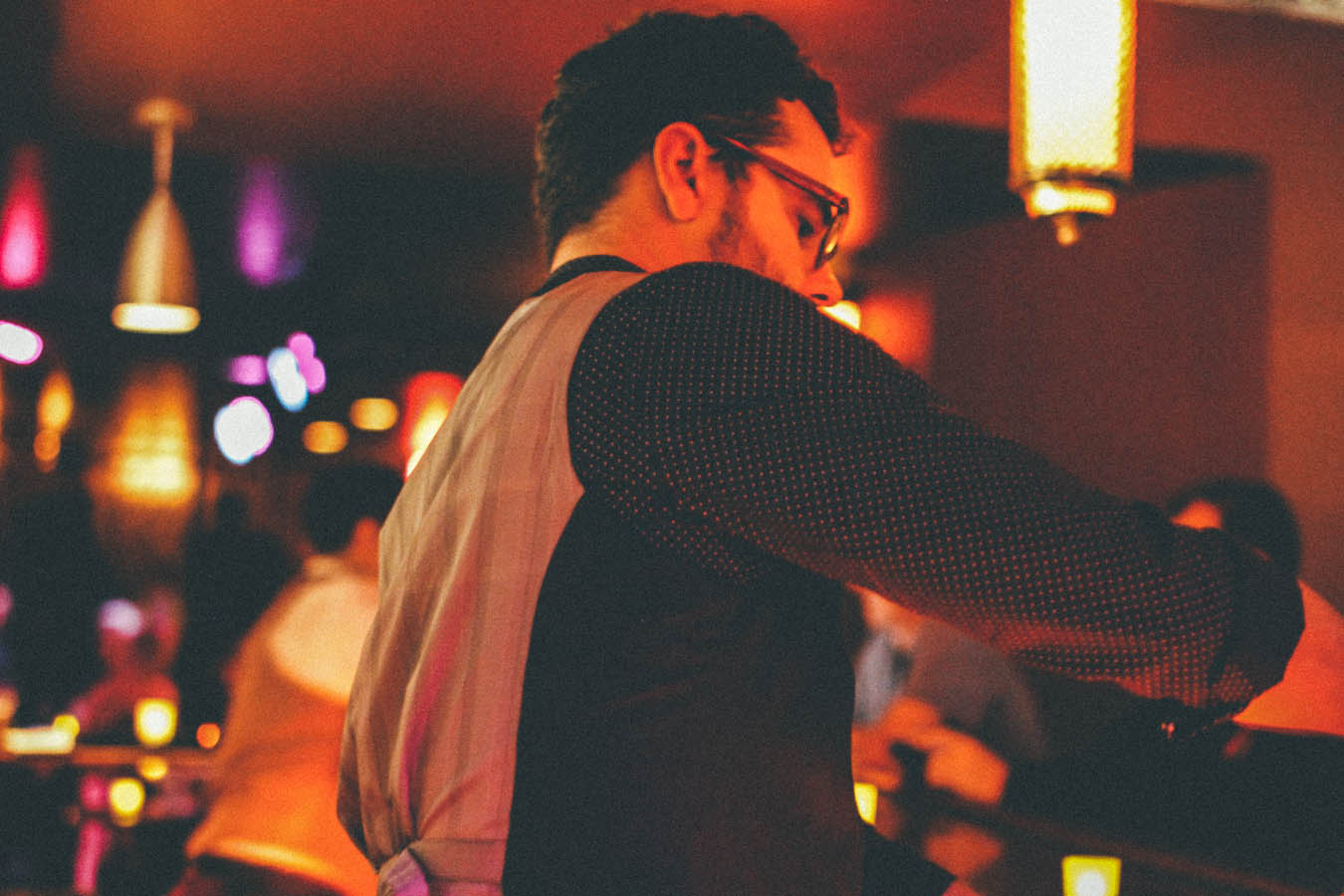 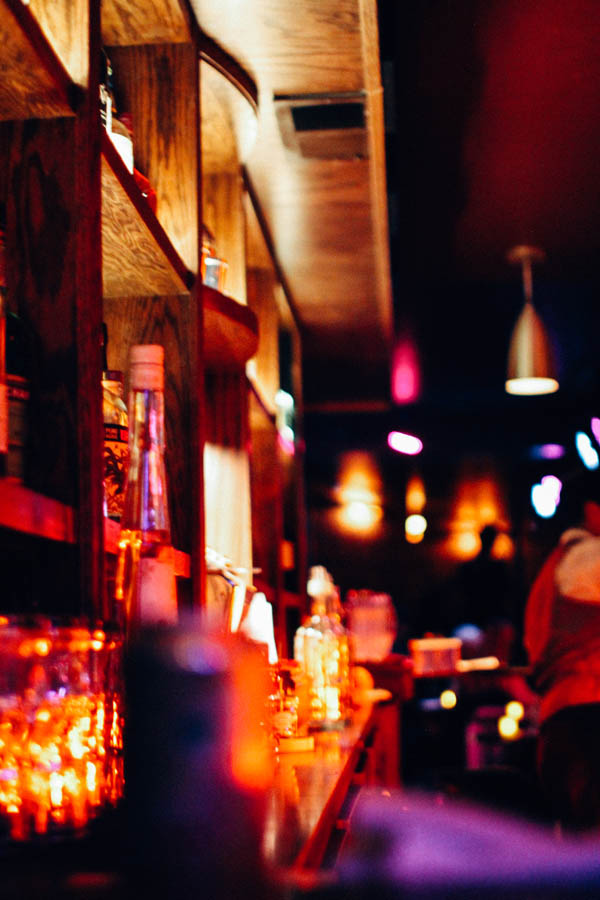 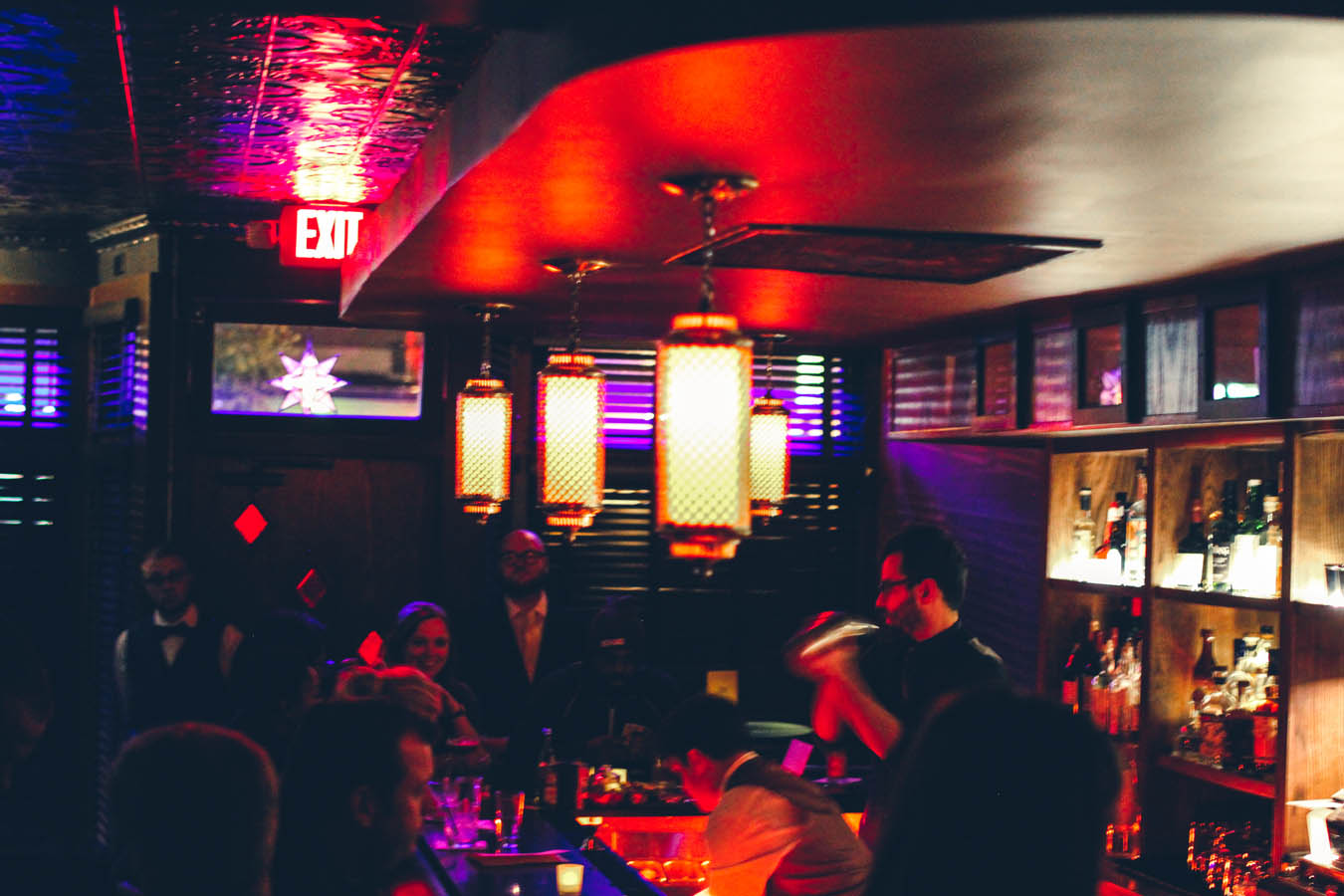 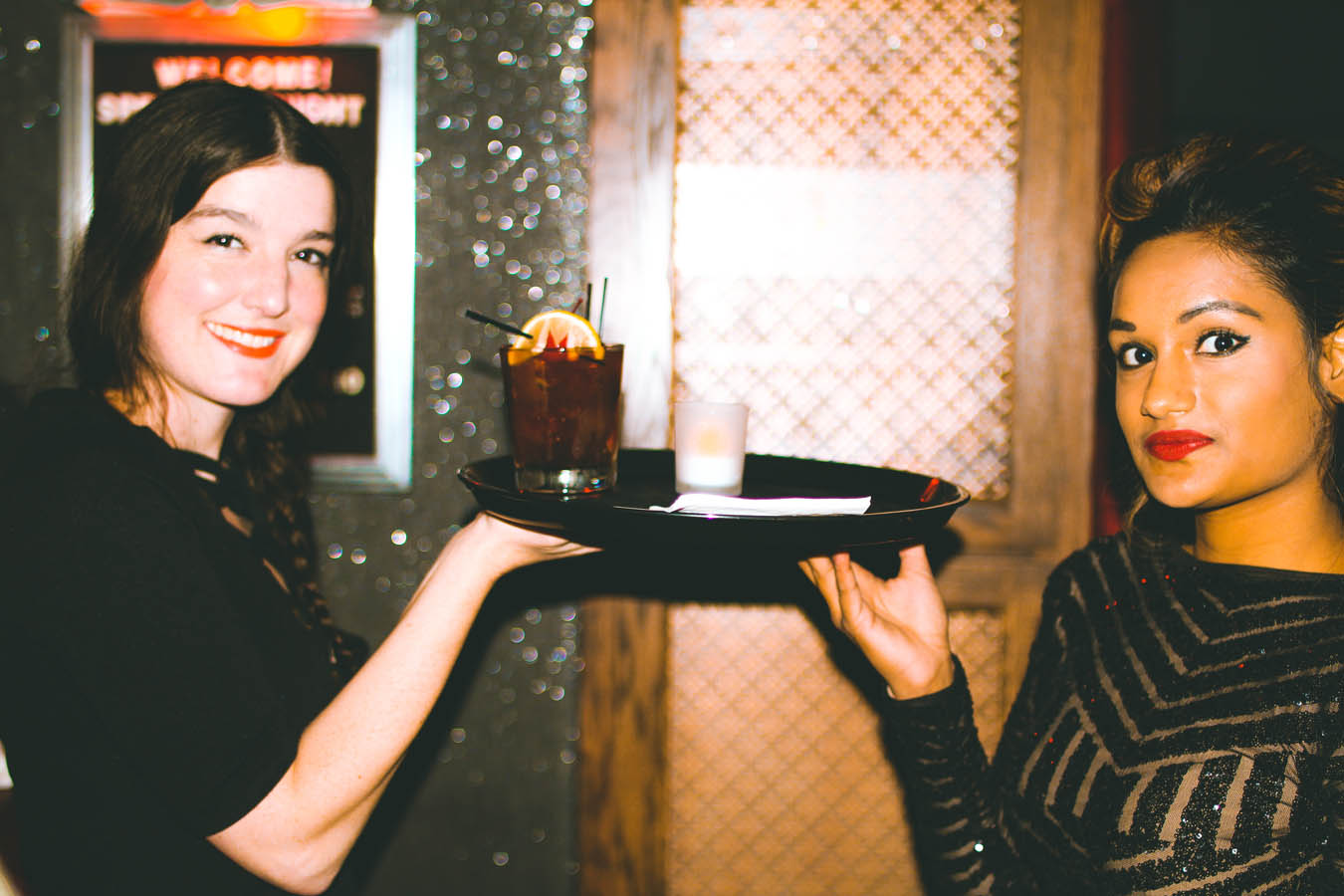 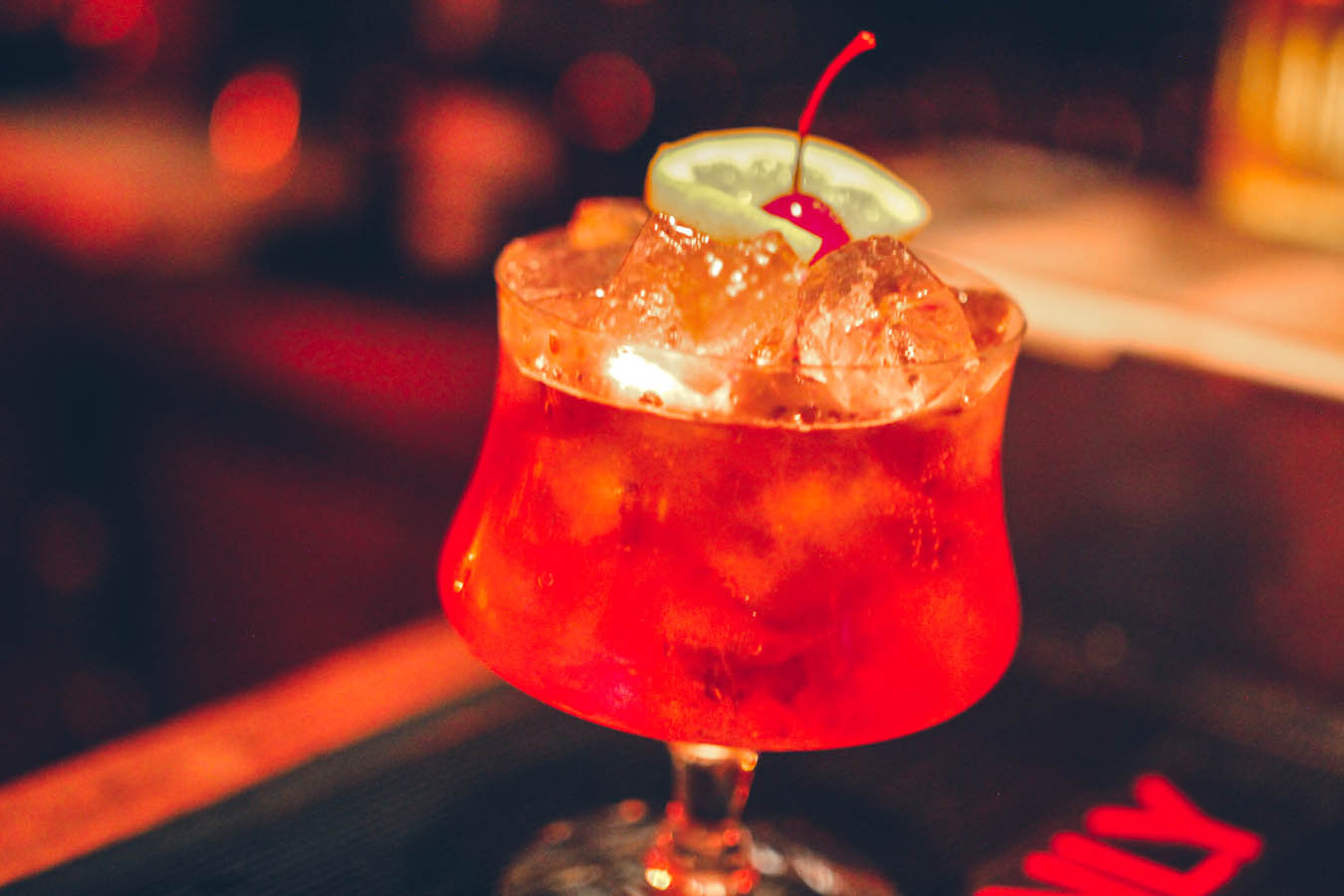 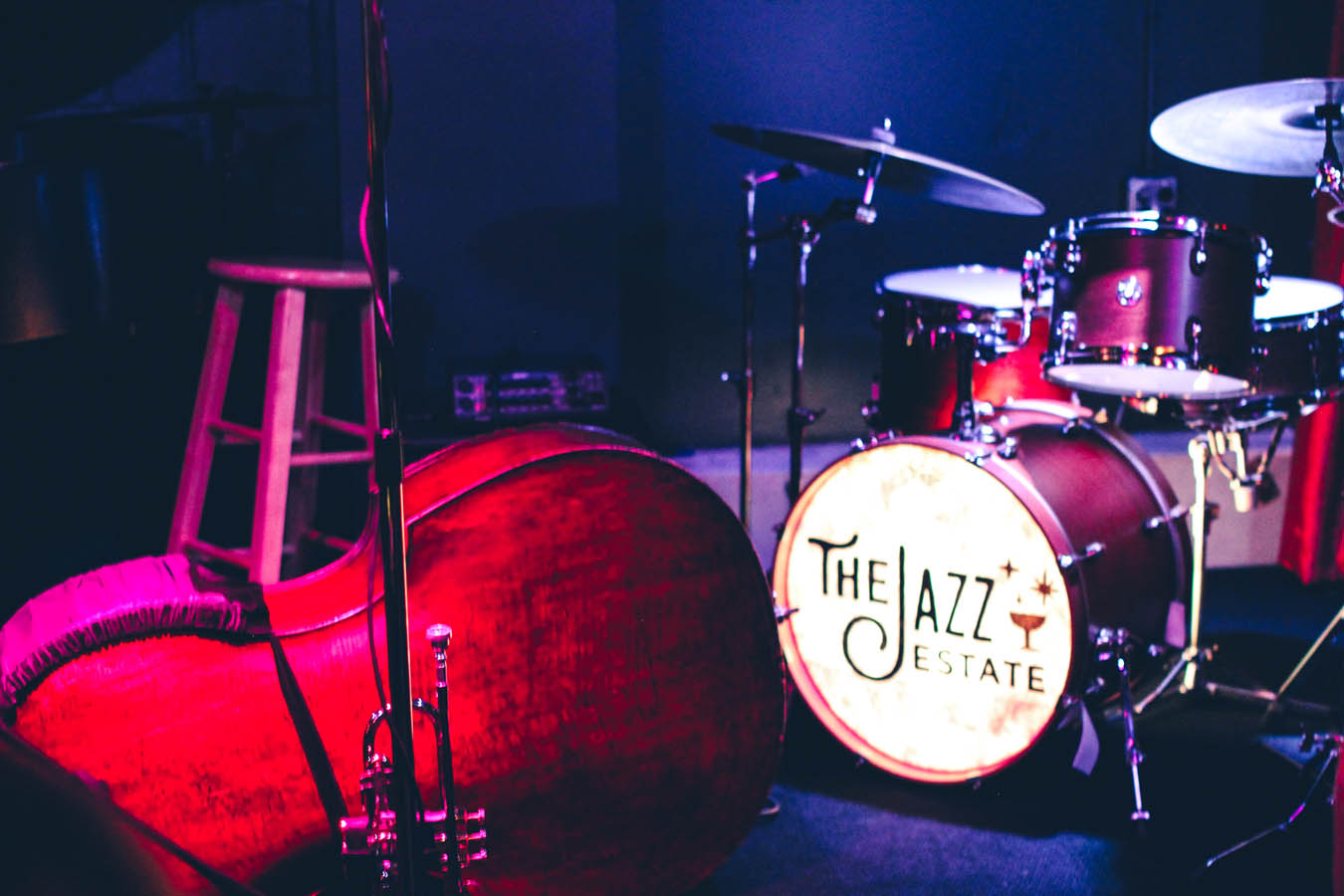 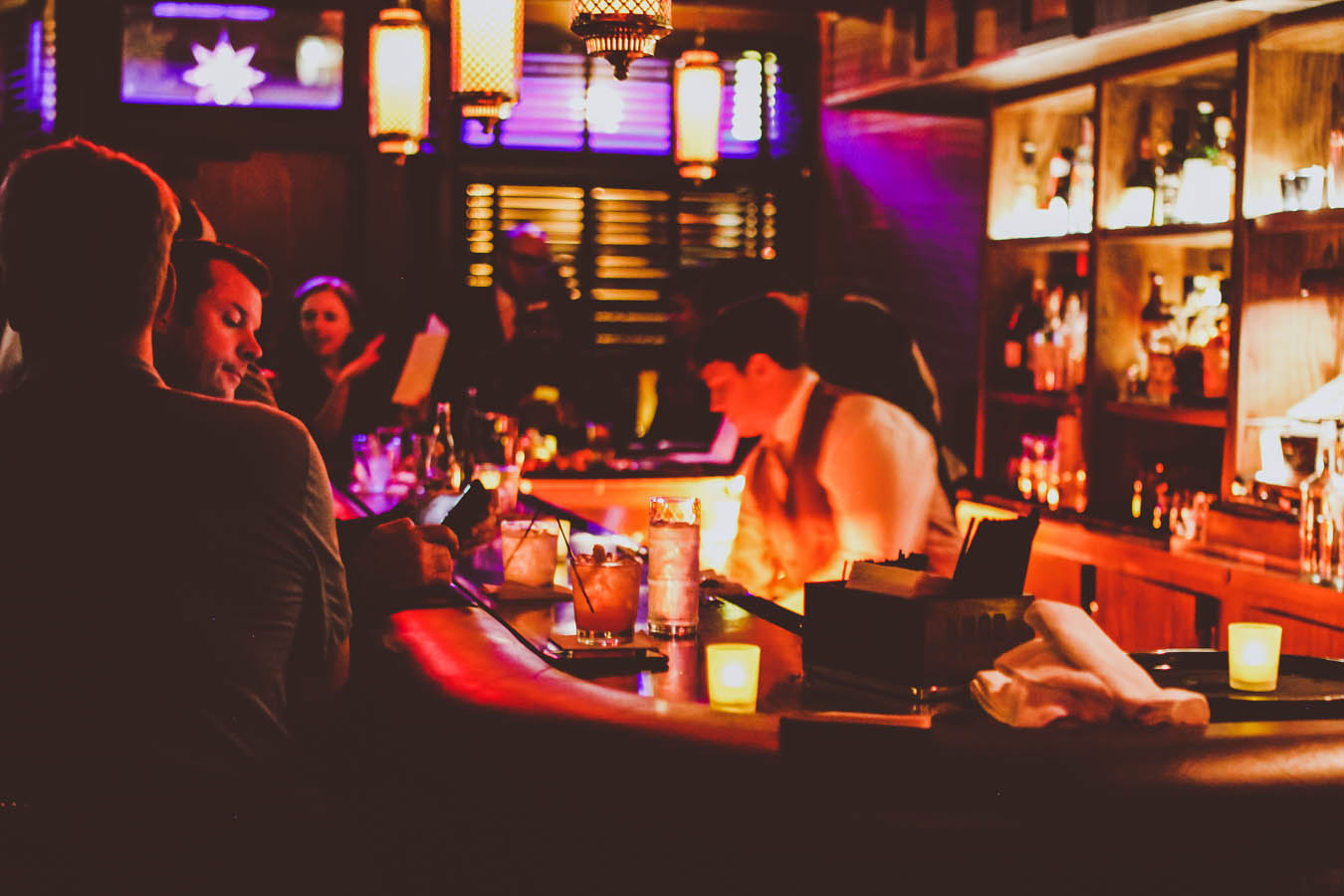 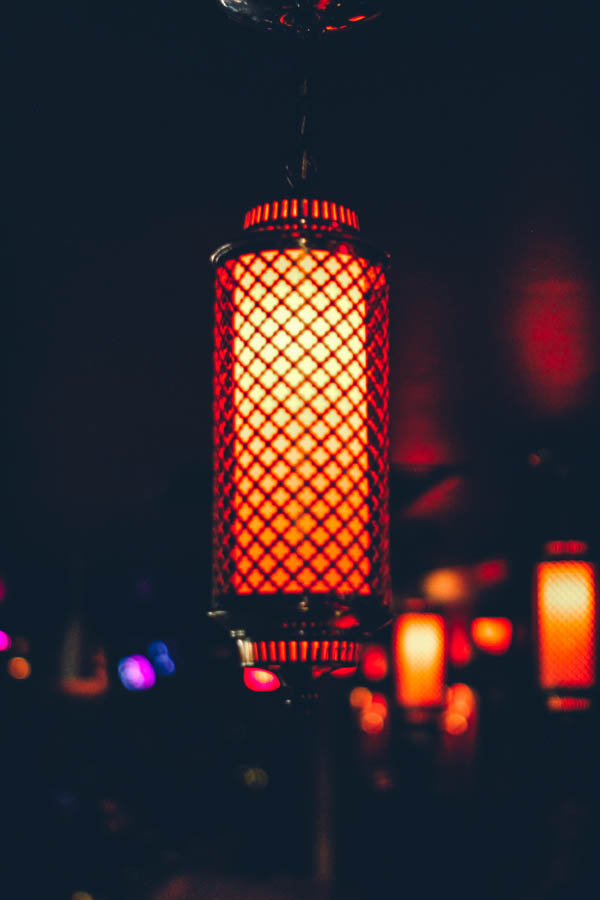 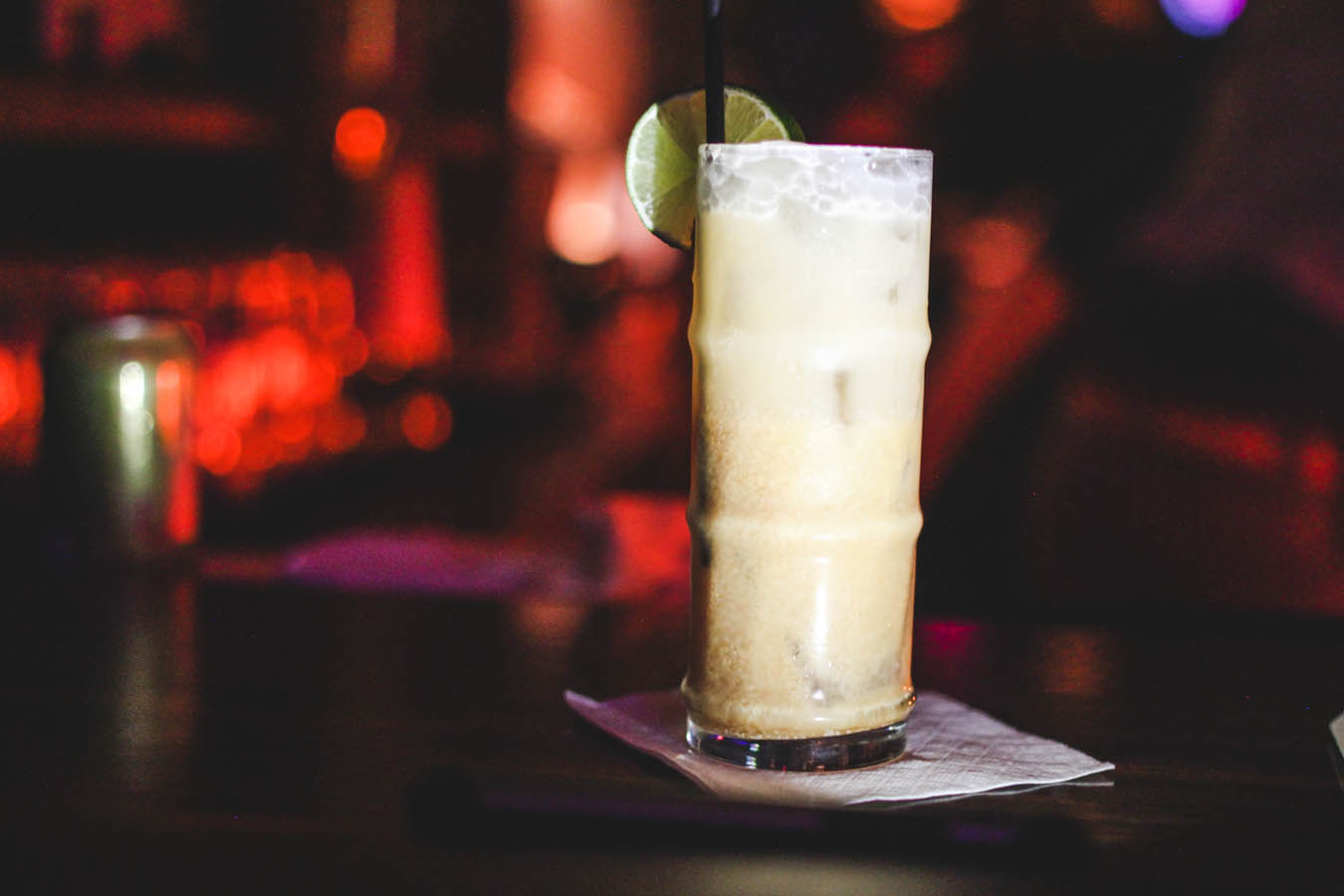