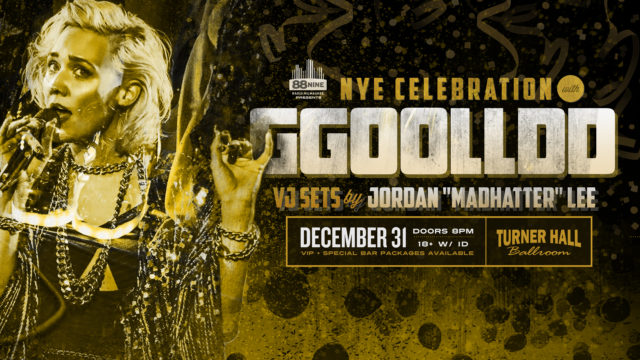 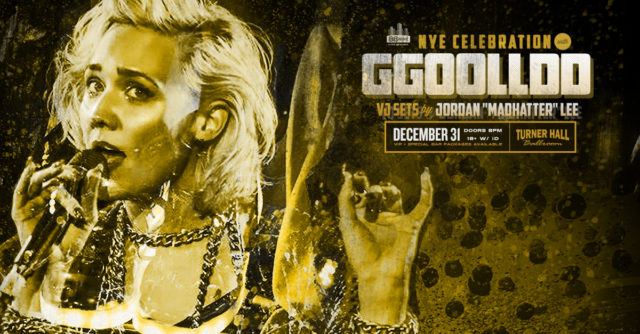 GGOOLLDD has always been about the live performance and maybe you’ve experienced the band with a sell-out crowd while singer Margaret Butler rode an inflatable unicorn on the heads of the audience or experienced multiple costume changes to a glittery soundtrack of sugary synth-pop. A New Year’s Eve party with the band sounds like a no-brainer.

To make it NYE big, our own Jordan Lee will take the VJ reigns to make sure the visuals to make it the most amped up GGOOLLDD show ever. The band will swell up with an extra cast of Milwaukee performers in the spirit of Uncovered and Alverno Presents-style collaborations. It will be the band’s biggest sound and their biggest party to date.

In the words of Jordan Lee,  “It’s been a great year for GGOOLLDD.  They have really helped to put Milwaukee on the map, and are poised to do some even bigger things next year.  “This party will be a great way to celebrate a stellar 2017, and ring in the new year with a non-stop dance party, GGOOLLDD-STYLE!”

To ice the cake, the show will serve as the hometown release party for their new EP “TEETH,” Due out on December 1.  A limited number of splatter vinyl copies are available for pre-order here:  http://www.ggoollddband.com/preorder.

Hang with us for an awesome party and the biggest balloon drop in the city!