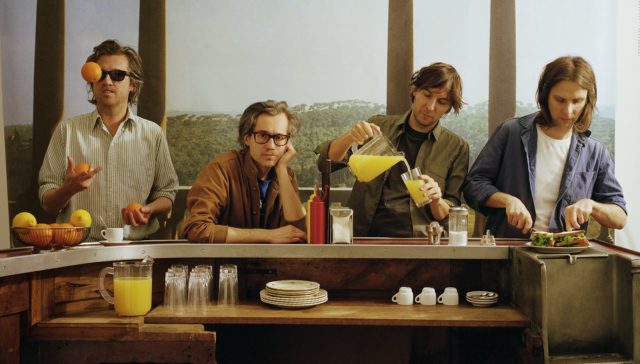 The French band Phoenix will return with the new album, “Ti Amo” on June 9 via Glassnote records.  The band also shared the first song from the album called “J-Boy.” It is their first album since 2013’s “Bankrupt!.”

Produced by the band and recorded at La Gaîté Lyrique (Paris) with the help of long time collaborator Pierrick Devin, Ti Amo is – in the band’s own words – “an album about simple pure emotions: love, desire, lust and innocence, it’s also a record about our European, Latin roots, a fantasized version of Italy: a lost paradise made of eternal Roman summers (hyper-light, hyper-clarity, pistachio gelato), juke-boxes on the beach, Monica Vitti and Marcello Mastroiani, fearless desire and Antique marble statues.”

Phoenix will be touring in support of the new album including a stop at Chicago’s Aragon Ballroom on June 5. You can check out all the dates and listen to “J-Boy” below.