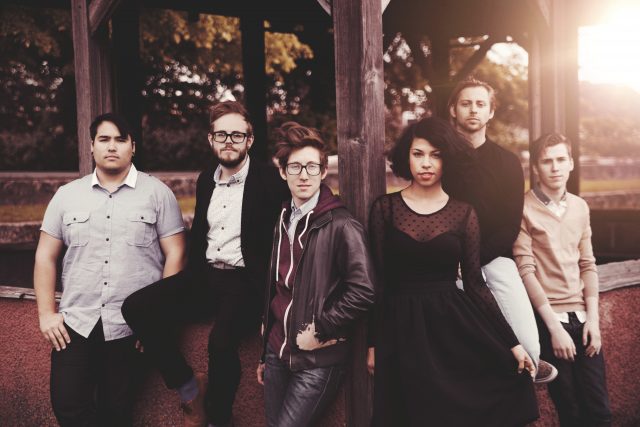 PHOX, the alternative folk band out of Baraboo, Wisconsin, announced it will go on an indefinite hiatus after a short run of dates in 2016-17.

Milwaukeeans can get perhaps their last fill of PHOX at the Pabst Theater on Wednesday, February 1. Tickets for the show go on sale on Friday, October 21 at noon.

Read more about PHOX’s musical rise and decision to take a step back below.

After the 2014 release of their self-titled album, PHOX quickly gained momentum and toured extensively across the globe. Taking a breath at the end of 2015, band members collectively realized that touring was distracting them from other creative pursuits and made the decision to take a step back from the band.

As a PHOX-lover, I got the two-year itch for a new album and revisited the 2014 release just last week. Immediately, I was brought back to the pseudo-calm this album created for me as a senior in college trying to outline a paper at my kitchen table. There’s something about the warmth of Monica Martin’s vocals, and the clarinet feature that finds its way into so many of their tracks, that has an innate ability to sooth. It’s an album that should really come with a subtly-scented candle and a soft blanket.

Perhaps the warmth of the music comes from the comfort band members find in one another. All six original members met in high school in Baraboo, Wisconsin, and there’s something about the bond between high school friends that cannot be recreated in other relationships. You came from the same neighborhoods, you knew each other’s home phone numbers and were forced to learn the same corny high school song. To me, it’s no surprise that the album they created sounds like a big hug.

So, PHOX fans, light up your fall-scented candles and join me in a mournful listen to PHOX.