An ode to the Koss Porta Pro: A classic headphone gets a new change

An ode to the Koss Porta Pro: A classic headphone gets a new change 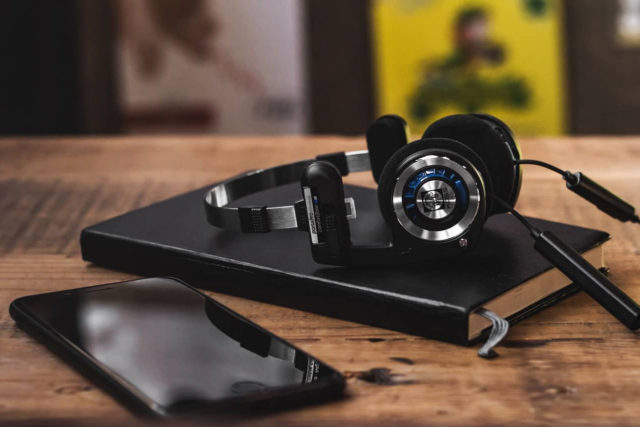 I love the Koss Porta Pro. I bought my first pair from the Kmart (R.I.P.) on Highway 100 in Hales Corners back in high school. I keep a pair at work, at home, in my glove compartment (just in case) and I’m always wearing a pair around my neck.

I like them because they look cool, they sound great and they have a lifetime warranty.

If you don’t know about the lifetime warranty, it’s crucial that I tell you. Although Koss is a global brand, they are centrally located right here in Milwaukee. They offer a warranty on all of their headphones. So, if something should happen, you just give them a call. Then, on the next day, you can head to the factory right off the highway to get a new pair. No questions asked. This means that when I paid $40 for a pair of Porta Pros over 10 years ago, it could have been the last time I spent money on head phones ever. They will replace them for life.

Last week, the beloved Porta Pro took a step into the future: they became wireless.

The Porta Pro goes wireless. Here’s my review of the new Bluetooth headphones.

For a design that is beloved because it hasn’t changed much since 1984, this is a big deal. So, what exactly are the differences?

I’ve been wearing my new pair for the last week or so and I can tell you that most of the changes are overwhelmingly positive.  They can work with new phones that have eliminated the headphone jack. And, even if you have an older phone that still has a headphone jack, this replaces the fear of the cord getting yanked or caught on something and having your phone or headphones go flying. They have a microphone that works like magic and sounds great on the phone. Most importantly, the headphones themselves look exactly the same.

Drawbacks: The battery. There’s not much they could do here. It had to go somewhere.

At first, the Koss family didn’t like it either. The Vice President of the company, Michael Jr., told me about several times in the design process where his father, Michael Sr., who is also the CEO of the company, simply put down the mock-up design and said, “No.”

In the end, they went with putting the battery right under the left ear. It’s obviously not as sleek as having nothing there, but it’s a fine compromise to make it Bluetooth compatible.

The biggest improvement—along with the obvious advantages that come with being wireless—is the microphone. On a phone call, the microphone is almost entirely behind your head. It seems like there is no way it could possibly pick up the cone of sound coming out of your mouth. But, after a week of use and many phone calls later, I have experienced nothing but perfect clarity on both ends. How it works perplexes me, but I’m glad that they figured it out—because it’s great.

All-in-all, the Porta Pro wireless are a huge success. The Porta Pro design and brand is timeless and this 21st century tweak allows us dedicated followers to wear them into the future.