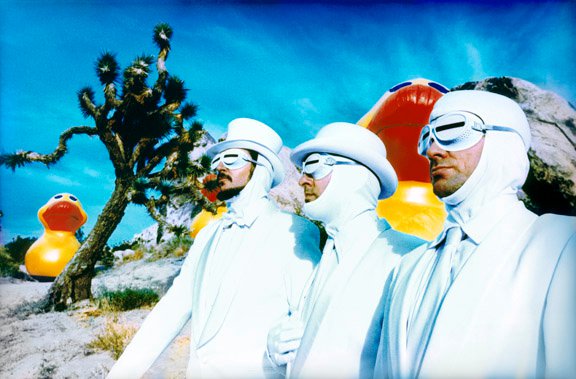 Primus are unleashing their inner Rush fan. The Bay Area trio will play Rush’s iconic 1977 album “A Farewell to Kings” in its entirety on their upcoming tour, which includes a stop at Milwaukee’s BMO Harris Pavilion on Tuesday, July 7, with openers Wolfmother and Battles.

“A little over one year ago, Ler Lalonde and I started kicking the idea around of Primus performing a series of shows featuring an iconic Rush album from our youth,” Primus leader Les Claypool said in a statement. “Being that ‘A Farewell to Kings’ was the first Rush record I ever heard, and that it contains my all-time favorite Rush tune, ‘Cygnus X1,’ the choice narrowed quickly. Years ago I had done something similar with Colonel Claypool’s Fearless Flying Frog Brigade, when we covered Pink Floyd’s Animals in its entirety. It was an insane amount of work, but ended up being one of the most enjoyable live endeavors I’ve ever done. Dubbing the tour ‘Primus: A Tribute to Kings,’ it was originally scheduled to be performed in the Fall of 2019 but, when we were asked to support Slayer on their Final Campaign, the ‘Tribute to Kings’ tour was postponed.”

Primus will also play some of their own music in addition to that Rush album.