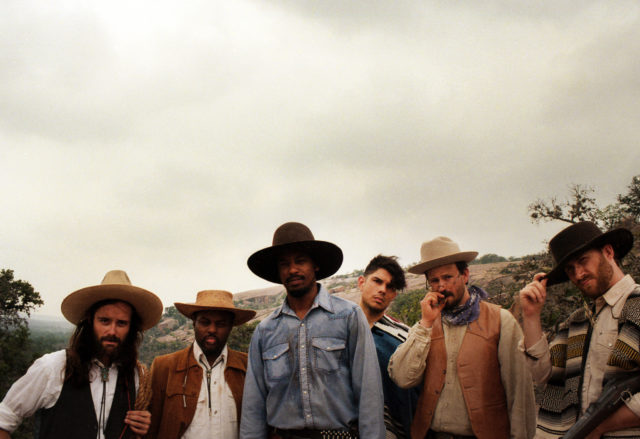 Black Joe Lewis & The Honeybears are an Austin-based group that started over a decade ago, just a few years after Joe Lewis had first picked up a guitar at the pawn shop he was working at. The band released two projects through an Italian label in 2005 and 2007, earning enough critical acclaim to go on tour with Spoon. The band then signed to Lost Highway Records in 2008, under which they released two albums, entitled ‘Tell ‘Em What Your Name Is!’ and ‘Scandalous.’

In the span of the band’s career thus far, they have been able to perform at Lollapalooza, Austin City Limits, Bonnaroo, Coachella and now Summerfest. In February of this year, Black Joe Lewis and The Honeybears released their newest album in six years, entitled ‘Backlash.’ The album made it to #3 on the Billboard Blues chart. 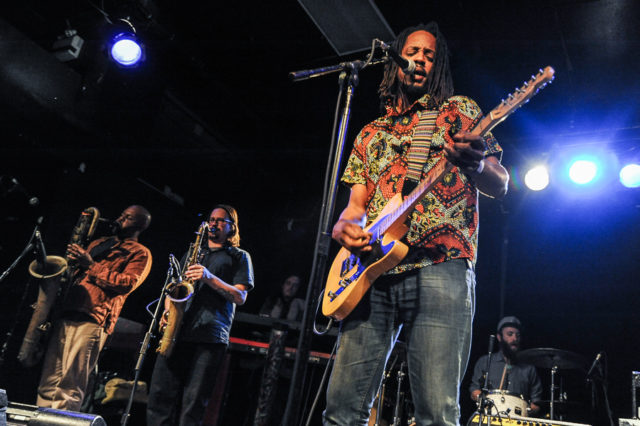 Black Joe Lewis & the Honeybears combine elements of multiple classic genres of music to create a fun, entertaining sound that is sure to translate well to the stage. Instrumentally, elements of classic soul reminiscent of James Brown, classic rock n roll similar to Leon Bridges, blues rock like Gary Clark, Jr. and even garage rock like Jack White can be heard and felt in the music. Combining all these disparate styles together creates a smooth, yet energetic sound, characterized by a groovy rhythm section and vibrant guitars, with the horn section adding in perfect accents.

Vocally and lyrically, Joe Lewis brings a great sense of humor and charisma to their songs that make them unique. While he may focus on similar topics as a lot of other artists, such as romance, he always manages to put a funny twist on it to make the topic fresh. Vocally, it is clear that he takes influence from famous screamers like Howlin’ Wolf and James Brown, as his powerfully raspy voice often becomes the heart and soul of the band’s music.

We highly recommend seeing Black Joe Lewis & the Honeybears at Summerfest if you like Leon Bridges, Alabama Shakes, James Brown or Sam Cooke. They will be performing at the Johnson Control’s World Sound Stage on Wednesday, June 28 at 10:00 P.M. For tickets and more information, follow this link.

We here at 88Nine Radio Milwaukee are proud to have partnered with Summerfest for their 50th anniversary festival in 2017. This year, we have helped curate the lineup at one of the festival’s prominent stages in order to bring 88Nine’s sound to the stage, and to our fans. Over the festival’s 11 days, listeners will have the chance to see artists regularly played on 88Nine at the Johnson Control’s World Sound Stage. Over the next two months leading up to Summerfest, we will be giving you an in-depth profile on each of the stage’s 11 headliners, starting with the headliner for opening day: Black Joe Lewis & the Honeybears.