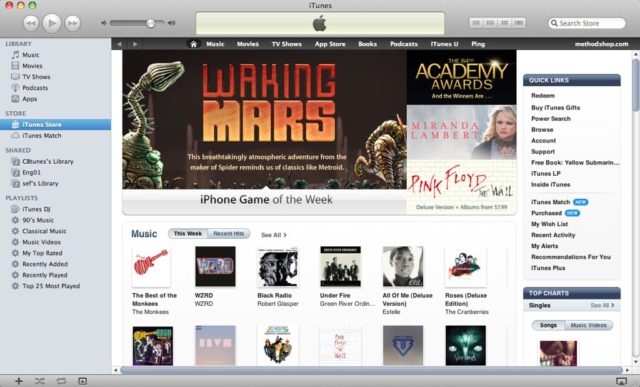 iTunes, the program that revolutionized how consumers purchase and store digital music, will soon be no more. Bloomberg reported today that Apple is ready to announce the end of its flagship music software on Monday, June 3, at its annual Worldwide Developers Conference. “The company is launching a trio of new apps for the Mac – Music, TV, and Podcasts – to replace iTunes,” reporter Mark Gurman writes.

The news will likely come as a shock to the countless users who still rely on the program to maintain their digital music libraries, but it’s hardly a surprise. Over the years the program has grown bloated and outdated, conspicuously slow and wonky for a company that prides itself on a sleek, streamlined user experience, and rumors of its demise have circulated for years.

Rolling Stone outlines the greater significance of the move. “By portioning out its music, television and podcast offerings into three separate platforms, Apple will pointedly draw attention to itself as a multifaceted entertainment services provider, no longer as a hardware company that happens to sell entertainment through one of its many apps,” Amy X. Wang writes. “That’s crucial for Apple’s future, as the company combats sluggish phone sales with aggressive growth in its services division.”

Presumably Apple’s new Music app will preserve most of iTunes’ basic music functions (and hopefully even improve upon them), but then again if some of Apple’s recent software updates have been any indication, users may want to prepare for a bumpy transition.

Apple is reportedly about to retire its flagship music software