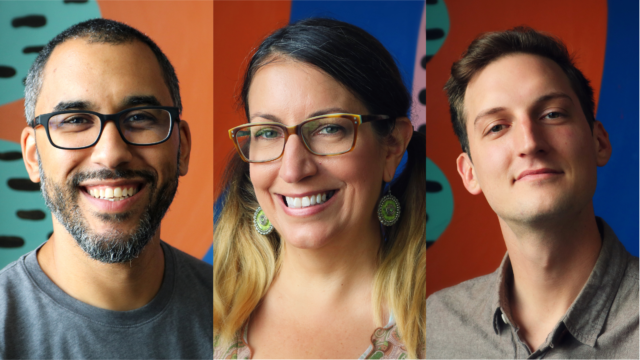 Zori will continue to host the station’s 6 a.m. to 10 a.m. weekday morning show, and Music Director Justin Barney will step in as the station’s Assistant Program Director and Afternoon Host.

“We are incredibly excited to elevate Jordan, Dori and Justin’s roles within Radio Milwaukee,” Executive Director Kevin Sucher said. “Jordan has been leading our 88Nine programming for over five years and has proven abilities to think creatively and develop new products that fulfill our mission. Dori brings 20-plus years of non-commercial radio experience to her role as Program Director and is already freshening up our Sunday evening offerings.”

As Station Director, Jordan will be responsible for the development of new products that allow for greater music discovery and work towards the station’s mission of serving all of Milwaukee. Lee also serves as the executive producer for specialty program Rhythm Lab Radio, which the station recently announced is available for nation-wide syndication.

“Radio Milwaukee’s mission of creating a more inclusive and engaged Milwaukee is more critical now than ever before,” said Lee. “I am excited for this opportunity to think into the future about how we can create new opportunities that provide all of Milwaukee with the resources of public radio.”

Dori will be Radio Milwaukee’s first female Program Director and will oversee all aspects of the 88.9FM station broadcast, including an overhaul of the station’s Sunday evening programming.

“Sunday evenings on 88Nine will now feature six hours of specialty programming focused on music discovery and storytelling,” shared Zori. “I am especially excited about the addition of Carmel Holt’s program SHEROES, which focuses on female voices in the music industry.”

Barney started at Radio Milwaukee in June 2013 as an intern and has served as the station’s Music Director since February 2015. Justin will continue in that role as well as taking on additional responsibilities as Assistant Program Director and Afternoon Host. As the Afternoon Host, Barney will focus on bringing even more new releases to the airwaves.