Reflecting on 25 years of music and memories at Linneman’s

Reflecting on 25 years of music and memories at Linneman’s 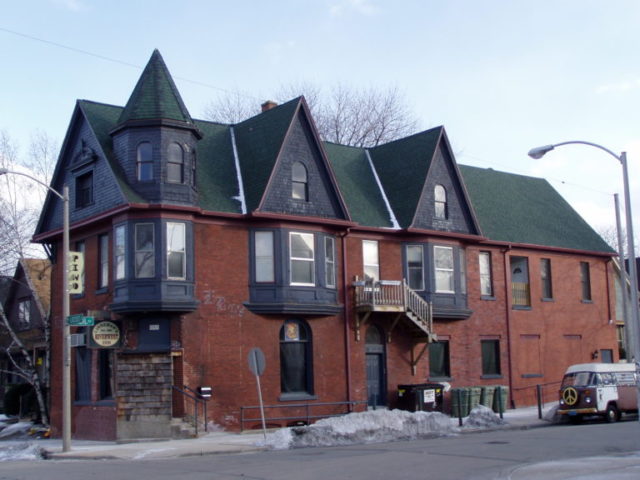 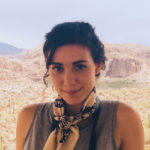 Linneman’s is run by Jim Linneman and his girlfriend and business partner, Marty Hacker. Hacker joined the business in 1998 when Linneman went to rehab. Now, Linneman now runs the club while sober with Hacker mainly tending bar. Both are musicians themselves and both have been pillars of encouragement and mentorship to hundreds of Milwaukee musicians who have walked through their doors. 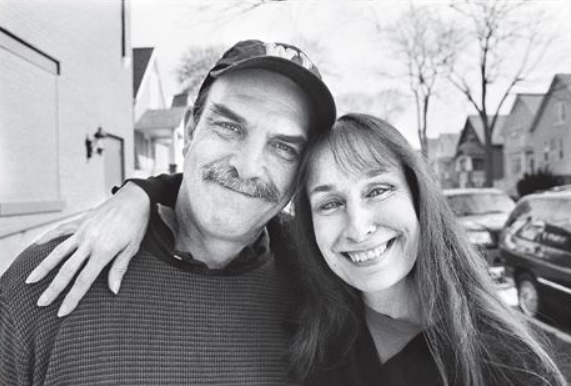 “We provide a really friendly, welcoming musicians atmosphere,” Linneman says. “We don’t want to have any rules.”

The open-mic nights provide that accessible platform for up-and-coming artists to gain experience and community in the music scene.

“There are a lot of musicians out there that have a guitar at home who don’t play in front of people. Perhaps they wrote a song the night before and they’ve played it five times before in their house and where can they go? They can go to an open stage and test it out on people,” he says.

Many musicians who have found success either locally or nationally have cited both Linneman and Hacker as a huge part of the beginning of their career.

The day that Chris Porterfield moved to Milwaukee, years before he started Field Report, he picked up a copy of The Onion and saw that there was a show at Linneman’s that night. From there, he started frequenting the open-mics every week as a listener and often as a performer.

Porterfield cites Linneman’s as the place where he learned how to perform and write songs. “I honestly don’t know if I would be doing the work that I’m doing without Linneman’s,” he says.

He describes how it’s not just the access to a stage and microphone that Linneman’s provides that is so important, but also the way that Linneman and Hacker they make artists feel in the space.

“There’s always respect there and that goes so far to make any artist feel like they have value and that they actually might have something to say,” says Porterfield. “That bit of respect and that dignity. And not only do they treat them that way when they prepare to do their thing but also the care that they take to make sure the room sounds good and dialing in monitors so you can hear yourself so you’re not shouting into the abyss.” 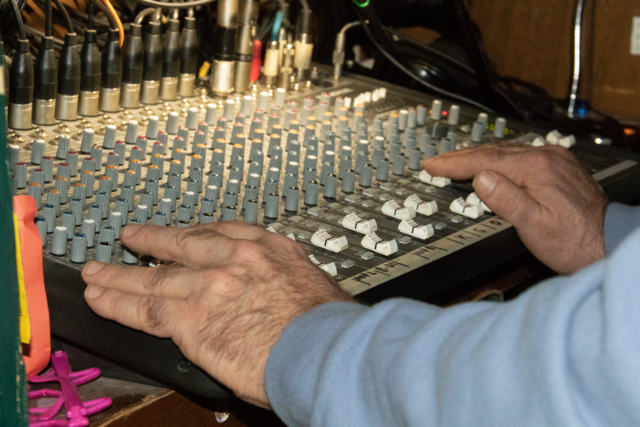 What sets Linneman’s apart from other venues in the city is the emphasis that they put in making sure that music is at the forefront of the experience of the space.

Chris Vos, lead singer of The Record Company and a previous Milwaukee resident, is also among the musicians who say that Linneman’s gave him one of his first stages. To Vos, the Linneman’s stage is sacred. It’s where he and his friends found their voices.

“When you provide a place like they have, that allows for musicians with different levels of experience to write and realize themselves together, there is no measuring that kind of impact,” Vos says. “If you got your start at Linneman’s, you love it for life and you are grateful.”

It hasn’t been an easy feat to sustain Linneman’s in a city that is littered with fallen bars and music venues. In 2012, Milwaukee ranked second in the country for the most bars per 10,000 households, only falling behind New Orleans. It can be hard to stand out as unique. Linneman claims that he has never made more than $20,000 in a year running Linneman’s. In addition to the venue, he owns a few other properties in Riverwest that he rents out, but financial success is not what drives him with the bar. It’s the music and the community. 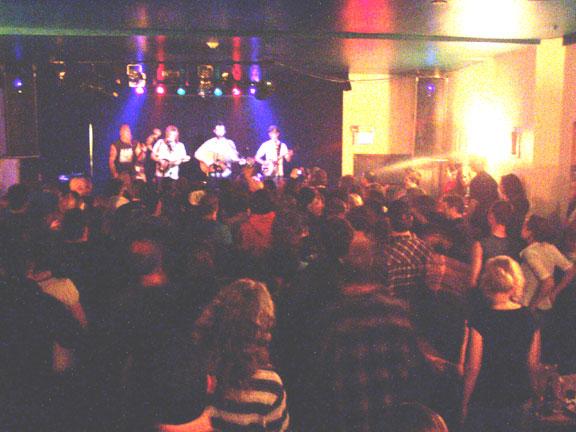 When speaking of the open-mic nights and the reward of seeing new musicians perform Linneman says, “That’s one of the most special things I have seen. It’s a beautiful thing to watch that, just watch the happiness just spill out of them.”

A close friend to him and former member of The Violent Femmes,Victor DeLorenzo says it’s the dedication and love of the music that Linneman commits to which is the reason for their longevity as a business.

“I think people know they’re going to be given a fair shake when they play at Linneman’s. And also that the music is appreciated and it’s not just some commodity that they offer besides a beer and wine list,” says DeLorenzo.

Chris Porterfield, Chris Vos and owner Jim Linneman talk about what the Riverwest music venue means to them

2018 marked the 25th year of Linneman’s Riverwest Inn, a bar and music venue on the corner of Locust and Weil Street in the Riverwest neighborhood. If you are a musician in the city, you are probably familiar with the venue. And if you’re a fan of local music, you probably love an artist who has gotten their start at the Linneman’s open-mic nights.

We’ve literally got thousands of friends and acquaintances, most of them musicians. That’s the treasure of life and we hope to continue that for many years to come.

The bar has had a long list of notable characters visit throughout the years, like Ray Davies of The Kinks. Another former Violent Femmes member and friend of Linneman’s, Sigmund Snopek, brought Dick Parry, saxophone player on Pink Floyd’s “Dark Side of the Moon” into Linneman’s one night. Peter Tork from The Monkees has also graced the Linneman’s floor.

In addition to fostering local music talent, Linneman and Hacker also host three fundraisers throughout the year: Nod to Bob, a fundraiser for Hunger Task Force, Kneel to Neil, a fundraiser for WMSE and a John Lennon tribute show called, Peace Thru Music, which benefits the Wisconsin Anti-Violence Effort (WAVE).

Linneman and Hacker are music lovers first, community activists second and business owners third. Linneman says that he wouldn’t advise you to open up a live music club to make money—it has to be about more than that.

When thinking about the future, he has no plans to retire anytime soon. He loves what he does and feels rewarded with the community he has built.

“We’ve had a very fun and enjoyable 25 years. Even though we’re getting older, we’re still comfortable with what we’re doing here,” he says. “We’ve literally got thousands of friends and acquaintances, most of them musicians. That’s the treasure of life and we hope to continue that for many years to come. I don’t know if we’ll make it 25 years…I’ll be ancient. But maybe.”

With 2019 on the horizon, Linneman is also hoping to make it to a recording studio to finally record his own songs, many that he wrote in rehab years ago.