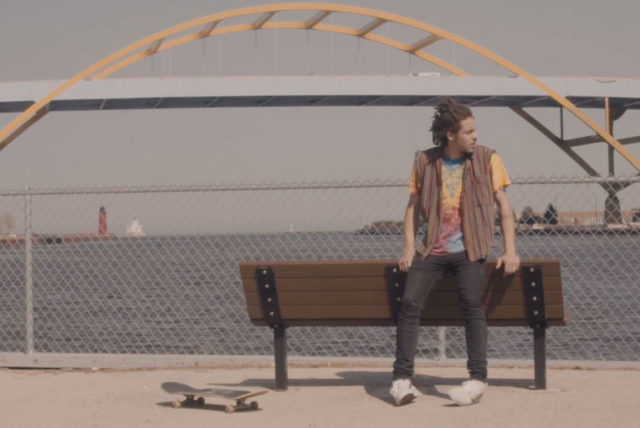 You might not know the name Cody LaPlant, but you have seen his work. He and Damien Klaven has produced and directed some of the best music videos for Milwaukee artists such as WebsterX, Reggie Bonds, Lorde Fredd33, IshDarr, and others.

LaPlant was recently recruited to the direct the latest video for rising Chicago MC Kweku Collins. The video is for Kweku’s song “Stupid Rose,” which is from his amazing album “Nat Love” via Chicago’s Closed Sessions. Instead of shooting the video in Collins’ hometown of Chicago, the video was shot entirely in Milwaukee and features appearances from WebsterX, Lorde Fredd33, Bliss&Alice and more.

The video features Kweku skateboarding all over Milwaukee including near the lakefront and the Hoan Bridge.  Watch the video below, which premiered on Pitchfork a few days ago.