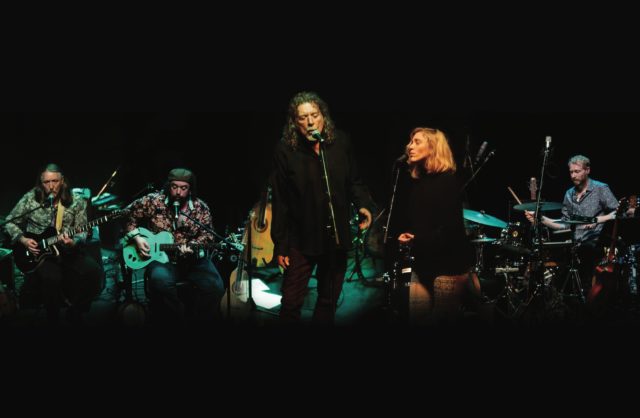 It’s not often a rock star of this magnitude plays a stage this small: Led Zeppelin’s Robert Plant will bring his new project Saving Grace to Milwaukee’s Turner Hall Ballroom on Wednesday, May 13, the venue announced today.

“A new cooperative comprised of Suzi Dian (vocals), Oli Jefferson (percussion), Tony Kelsey (mandolin, baritone and acoustic guitars), Robert Plant (vocals), and Matt Worley (banjo, acoustic and baritone guitars), Saving Grace made its debut in early 2019 with a series of surprise gigs in small venues across England, Wales, and Ireland and later, a trio of UK dates supporting Fairport Convention,” according to a press release. “The intimate performances saw the band drawing from a repertoire of ‘music inspired by the dreamscape of the Welsh Marches,”’songs that span Plant’s diverse tastes and influences, notably his lifelong passion for British and American folk, spirituals, and traditional blues, including a number of beloved standards and longtime favorites by Doc Watson, Donovan, Moby Grape and Low, among others.”

You can watch that Low cover below.