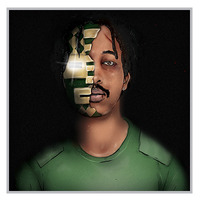 If you missed our interview with WebsterX, you can find it here

One day before its official release, Milwaukee rapper WebsterX has release his debut album, ‘Daymares,’ on SoundCloud. WebsterX has been a seminal part of Milwaukee’s music scene since his mixtape, ‘Desperate Youth,’ in 2014. Since then, he has released multiple singles, such as “Doomsday” and “Kinfolk,” that have earned him national recognition.

Leading up to this album, the rapper released two singles: “Blue Streak” in the fall, and “Intuition” just a month ago. Executive produced by New Age Narcissism member Q The Sun, and featuring production from Odd Couple, BoatHouse and Milwaukee’s Mic Kellogg, this is an album that Milwaukee hip hop fans have been anticipating for quite some time.

Stream ‘Daymares’ in the player below.