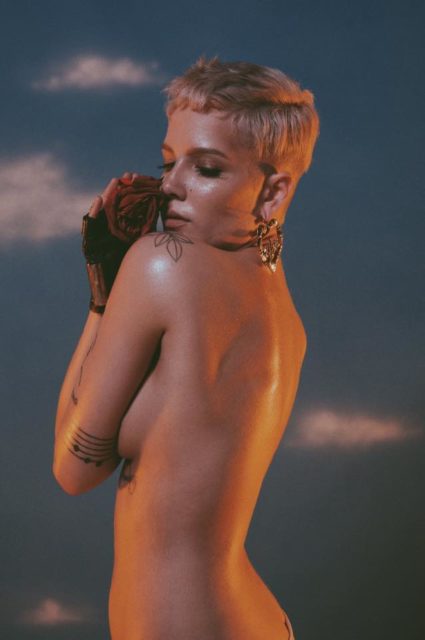 Halsey is a GRAMMY® Award-nominated multi-platinum alternative pop maverick. She went from putting songs on SoundCloud to having her first full length album, “Badlands,” certified platinum by the RIAA within one year of its release, with five Gold singles and more than 2 billion streams, and stunning the industry with its debut at no. 2 on the Billboard charts in August of 2015. In 2016, Halsey was featured on The Chainsmokers song “Closer,” which spent 12 weeks at #1 in the U.S., wrapped up a sold out “Badlands’ tour, and received the Billboard Women in Music’s Rising Star Award. Ever since she entered the music world in 2014, she’s been bucking convention, speaking her mind, and connecting with millions of her devoted fans, who live for her realness as much as her gorgeous dark, powerful pop.

Logic is a Grammy-nominated (Song of the Year and Best Music Video) rapper, born Sir Robert Bryson Hall II, and burst onto the music scene through a series of mixtapes including “Young, Broke, and Infamous” and “Young Sinatra: Undeniable,” “Young Sinatra,” “Young Sinatra: Welcome to Forever.” In 2014, his debut album,“Under Pressure,” debuted at number four on the Billboard 200, and established him as one of the brightest young stars in music. Logic’s third studio album “Everybody” was released in 2017 and debuted at number one in the United States, featuring his first international top 10 single “1-800-273-8255,” which spotlights mental health and suicide prevention awareness.

Even though the last few days have been brutally cold, Summer feels a little closer when Summerfest starts announcing their headliners. Today, Summerfest presented by American Family Insurance just announced that Halsey & Logic has headliners for the Big Gig this year.

The artists will share the stage on Friday, June 29 on the American Family Insurance Amphitheater.

Tickets for Halsey & Logic can also be purchased at the Summerfest Box Office in person, Ticketmaster Ticket Centers, select Walmart stores, and by phone at 1.800.745.3000 (live Ticketmaster Agent) or 1.866.448.7849 (“Ticketmaster Express” automated phone line). Patrons may also utilize “ticketfast” at Ticketmaster.com to print barcoded concert tickets from home. Convenience fees may be added to all purchases.