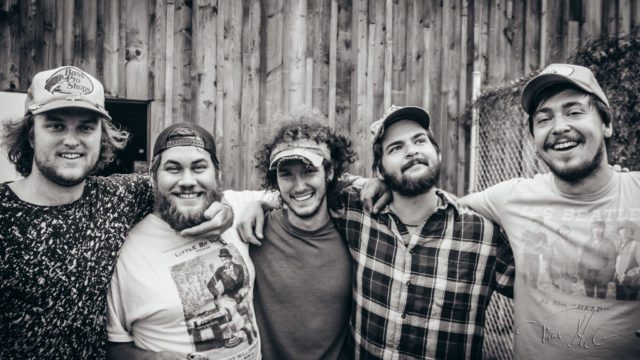 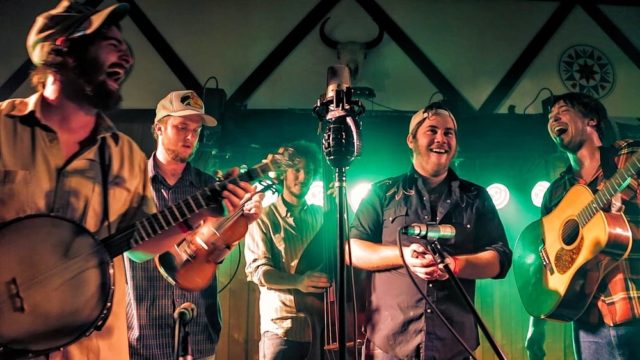 Horseshoes & Hand Grenades are Wisconsin natives, with all five members meeting each other while going to school at UW-Stevens Point in 2009. The band officially formed in 2010, and has since made a name for themselves on a national scale. In 2012, they won third place in the battle of the bands competition at the Telluride Bluegrass Festival. Since then, they have performed with superstars of the genre, like Trampled by Turtles and Merle Haggard, and were named one of the Milwaukee Journal Sentinel’s Wisconsin bands to watch in 2014. Horseshoes & Hand Grenades have released three studio albums, most recently in 2015, and are expected to release another in 2017. 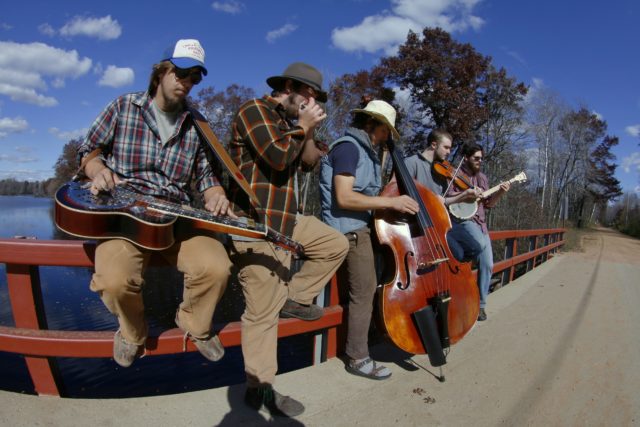 Horseshoes & Hand Grenades embrace a classic folk and bluegrass sound in their music, with their own personalities adding a fun twist to the songs. The familiar sounds of fiddles, banjo, harmonica and a twangy voice in their songs are all indicative of the usual Southern bluegrass style, yet something about their Midwestern perspective makes it feel different. Their music explores a variety of moods, tempos and lyrical themes that will surely make them one of the most fun and interesting country/country-adjacent groups to see at Summerfest. We recommend seeing Horseshoes & Hand Grenades at Summerfest this year if you like Trampled by Turtles the Avett Brothers. They will be performing on the Johnson Control’s World Sound Stage on Saturday, July 1 at 10:00 P.M. For tickets and more information, follow this link.

We here at 88Nine Radio Milwaukee are proud to have partnered with Summerfest for their 50th anniversary festival in 2017. This year, we have helped curate the lineup at one of the festival’s prominent stages in order to bring 88Nine’s sound to the stage, and to our fans. Over the festival’s 11 days, listeners will have the chance to see artists regularly played on 88Nine at the Johnson Control’s World Sound Stage. Over the next two months leading up to Summerfest, we will be giving you an in-depth profile on each of the stage’s 11 headliners, starting with the headliner for July 1: Horseshoes & Hand Grenades.