Having a bad day? Bill Murray will put you on ‘Happy Street’ in new song

Having a bad day? Bill Murray will put you on ‘Happy Street’ in new song 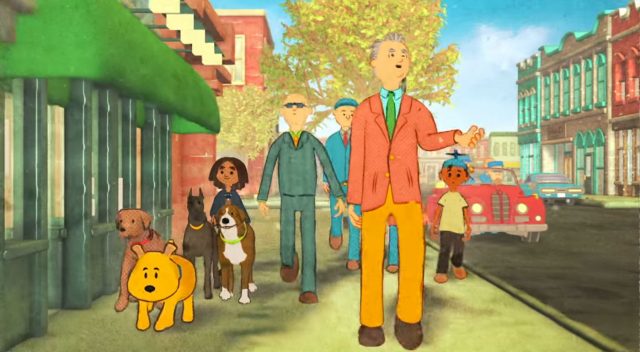 Bill Murray is known for many things – comedian, actor, Cubs fan, and surprise bartender. As of a few days ago, he is now a singer.   He is featured on a new song title “Happy Street” by former Late Night With David Letterman band leader Paul Schafer. The song appears on Schafer’s upcoming album, “The World’s Most Dangerous Band”  which is due out March 17.

There is a video that accompanies the cheery tune. The animated video features a few film references from Murray’s movies like Ghostbusters, Groundhog Day, Life Aquatic and more.