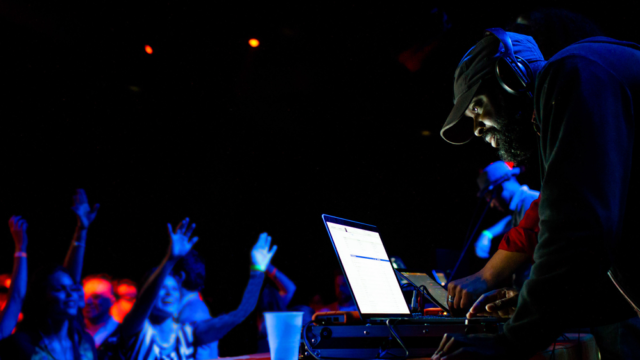 “Tarik is an incredible visionary,” Executive Director Kevin Sucher said. “He has been instrumental in Radio Milwaukee’s pursuit of the Urban Alternative channel, and his nationally syndicated program ‘Rhythm Lab Radio’ has pioneered this sound across the country.”

“Tarik’s passion for new technology, music and Milwaukee make him the perfect choice for this important role,” Sucher said.

In early 2022, the station will hire additional Urban Alternative staff members and will share the channel’s name and brand identity. The new channel is slated to launch on June 19, which is Juneteenth Day.

The Urban Alternative channel will offer an eclectic radio experience, celebrating the full  spectrum of Black music and the power of public radio. It will have an on-air presence and use a multi-platform digital approach online. Radio Milwaukee’s current programming on 88.9FM will also continue on-air and on its digital platforms.

Raised in Atlanta, Moody graduated from Howard University with a degree in architecture. He practiced as an architect in Detroit and Minneapolis. While working in Minneapolis, he volunteered for local radio station KFAI-90.3FM, ultimately co-hosting the station’s long-running program “Groove Garden.” From there, Tarik went on to create his own program, “Rhythm Lab Radio,” which he began hosting on Minnesota Public Radio in 2005.

In 2006, Tarik was approached by up-and-coming station 88Nine Radio Milwaukee to move to Milwaukee and help start the station. He’s held several roles at Radio Milwaukee since the station’s inception, including his most recent role as Director of Digital Strategy & Innovation. Throughout his tenure, Tarik has hosted “Rhythm Lab Radio” and been on-air as an evening music host.

In addition to serving as Program Director of Urban Alternative, Moody will continue to host “Rhythm Lab Radio;” weekly foodie podcast “This Bites;” and serial podcasts “Diverse Disruptors” and “By Every Measure.” Additional responsibilities from his current role will be transitioned to existing Radio Milwaukee employees.

“Our Urban Alternative channel aims to reclaim the word ‘urban’ for the Black community. Instead of putting Black artists in a box, our channel will celebrate the beauty and diversity of Black music and creativity,” shared Moody.

“We will champion new talent from Milwaukee and pay respect to artists that paved the way. We will also share the untold stories of our community in a way that isn’t found in mainstream media. Most importantly, we invite the community to be part of this journey,” said Moody.

Moody will work in conjunction with Station Director Jordan Lee on launch preparations for the new channel. Lee will oversee technical and engineering, grant reporting requirements, and project timelines. Moody will lead music programming, staffing, and content. Together, Moody and Lee have consulted on the development of other Urban Alternative stations around the country.