The Grammys cheated Beyonce, but why?

The Grammys cheated Beyonce, but why? 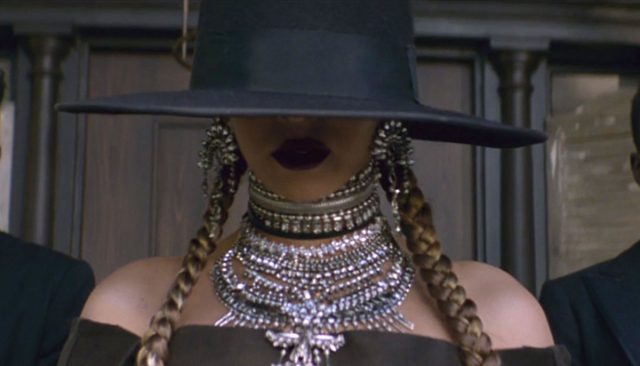 The 59th annual Grammy Awards took place this past Sunday. There was some history made by Chance The Rapper, who was the first to win with a stream-only album. He was also the first black hip hop artist to win Best New Artist since Lauryn Hill won it in 1999.

But when it came to the big award, Album of the Year, a different type of history was made.

The heavy favorite, Beyonce’s “Lemonade” lost to Adele’s “25.”  Beyonce has been nominated three times for the Album of the year and lost all three times.  This time has caused an uproar like no other across the web and social media. Even Adele thought Beyonce deserved the award over her.  This led many to ask why the Grammys snubbed Beyonce’s “Lemonade,” an album widely praised, created into a college course, and made an impact on so many people including Adele.

What the F***k does she have to do to win Album of the Year?”

Even the media agreed with Adele. You could find headlines like “Beyoncé’s Grammy Snub Isn’t Just an Oversight—It’s a Real Problem” from Time or “Is racism why Adele beat Beyoncé at the Grammys?” from CNN.

To many, the overall reason that Lemonade lost has something do with race, which the Grammys aren’t a stranger to.

Some say it isn’t about race but album sales and that is why Adele won. This actually contradicts the criteria for the awards themselves. According to the Grammys own words,

“The GRAMMYs are the only peer-presented award to honor artistic achievement, technical proficiency and overall excellence in the recording industry, without regard to album sales or chart position.”

So if this is true,  most would agree that hands-down that  “Lemonade” is a more complete and socially significant album than “25.”

But let’s take a closer look at the history of race and the Grammys.  In Time’s article that I mentioned earlier, the magazine writes:

It (The Grammys) consistently undervalues artists operating in R&B and, more recently, hip-hop—particularly if those artists are black. In the past five years, Beyoncé has lost the Album of the Year trophy to Adele and Beck; the pyrotechnic MC Kendrick Lamar has been passed over in favor of Taylor Swift’s pop makeover and Daft Punk’s salute to session men; and R&B polymath Frank Ocean fell to roots revivalists Mumford & Sons. The only black women to win Album of the Year were Natalie Cole (Unforgettable… With Love, 1992), Whitney Houston (the soundtrack to The Bodyguard, 1994) and Lauryn Hill (The Miseducation Of Lauryn Hill, 1998). The last black artist to win was Herbie Hancock, whose Joni Mitchell tribute River: The Joni Letters won in 2008.

The latter, Herbie Hancock won for a tribute album and not his own original work which arguably is some of the best in music.   And if you look at the winners, the albums were “safe” and didn’t really push the envelope.  Artists like D’Angelo, Kendrick Lamar, Blood Orange and Solange have all released some of the best albums in the last five years. Each of these not only pushed the boundaries musically, but lyrically as well.  These albums have made a major impact in our culture.  Example: Kendrick Lamar’s song “Alright.” It became an anthem for the “Black Lives Matter” movement. Beyonce’s “Formation” even became an anthem for Black identity and womanhood.  Not to take anything way from Adele, but can you say a song from her album “25” made that type of social and cultural impact.  Does this scare the Grammys’ voting body?

Even Prince, who is considered one of the world’s best artists has never won Album of The Year.  Michael Jackson only won it once with “Thriller,” which is even more surprising considering his album sales (if that is the litmus test).

But why do we care? Every year during Grammys, I hear folks say the Grammys are irrelevant. But every year people get upset over decisions like Adele winning over Beyonce. Shouldn’t we be happy because we know Beyonce’s album is amazing? And it doesn’t matter what a bunch of suits think behind closed doors. Or does the “Album of the Year” represent the pinnacle achievement an artist can receive in music?  It is similar to the Super Bowl.  You can’t be considered a great team or player till you win the big game. Is it the fact that the winners of these categories benefit off the creativity and innovation of black artists and that is what angers a lot of us (remember the Macklemore incident)?

Should the Grammys change or do we need an awards show that reflects the diversity of this country more? Or do we even need awards shows anymore? Anyway, I know I will be “alright.”