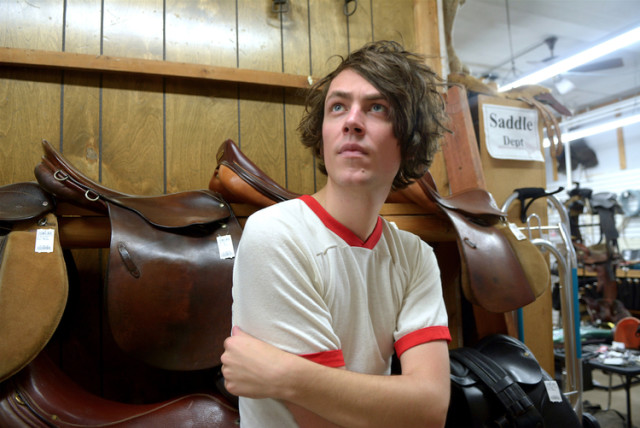 With Summerfest upon us and Milwaukee’s Trapper Schoepp scoring a high-profile slot on the Harley Davidson Roadhouse Stage 8PM Friday July 1st–after Sam Llanas and right before Ray LaMontagne, we thought it would be a good opportunity to post a chat we had regarding the new album.

Trapper Schoepp was one of the first Milwaukee musicians I met upon moving here three years ago and I quickly became a fan of his music and we became pals. He has a new record, called “Rangers & Valentines” and we sat down and chatted about the album, in general at first, then track-by-track, with keen insight into the greater process of making a record, which Rolling Stone magazine cover inspired the album cover and then the inspiration and details of each song. It’s an intimate look at one of the best Milwaukee albums released this year.

Along with the album’s release, the band has an ambitious agenda to make many videos for the ten songs on this record, some of which you’ll find linked here, including the ‘Oregon Trail’ inspired “Ballad Of Olof Johnson” and the “Settlin’ of Sleeping Around” video, shot in Trapper’s longtime neighborhood, with a guest starring role from Wisconsin’s own Richard Riehle from ‘Office Space” and “The Fugitive”. Enjoy!

Stream to the interview in three parts, below:

The video for “Settlin or Sleeping Around” shot in Trapper’s longtime neighborhood.

The ‘Oregon Trail’-inspired video for “The Ballad of Olof Johnson”.