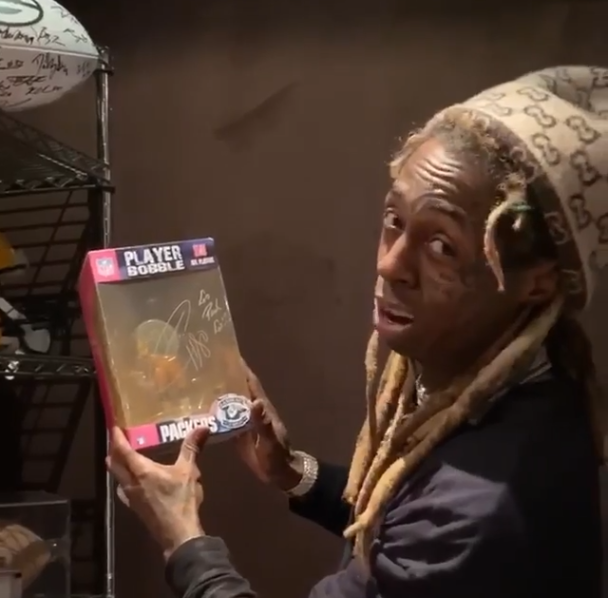 By now Lil Wayne’s Green Bay Packers fandom is well documented. He’s rapped about the Lambeau leap, recorded the Pack’s 2011 anthem “Green and Yellow,” and generally talked up the team at every opportunity, much to the chagrin of New Orleans Saints fans.

And it seems that the Packers have taken notice. In a video shared to Instagram this weekend, Weezy thanked the team for the latest addition to his enormous wall of Packers memorabilia: a football signed by seemingly everybody on the team. He also showed off some of his many signed Packers collectibles, among them signed helmets, a signed Donald Driver bobblehead and a sign from Lambeau Field.

Wayne also shared his excitement for the team’s first playoff game this season at home on Sunday, Jan. 12, teasing a possible appearance at the game, and ended the video with a very heartfelt plea for for the team to kick Seattle’s ass.

You can watch Wayne crack up his camerawoman in the clip below.