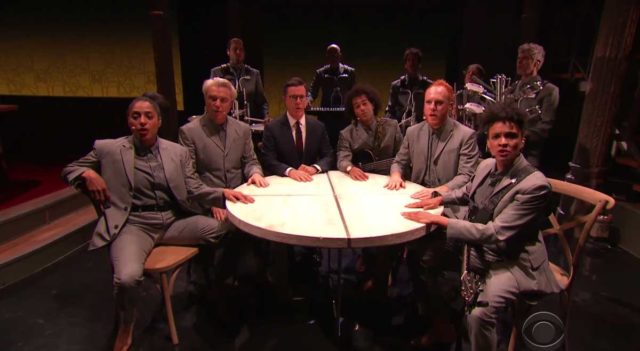 Angie Swan has worked as a touring and session musician for will.i.am, Macy Gray, Fifth Harmony and more. Swan spent three years playing in the Cirque du Soleil show ‘Amaluna,’ traveling all over North America. She has also appeared on ‘The Tonight Show,’ MTV’s ‘Rock the Cradle’ and the BET Awards. She is endorsed by Knaggs Guitars and Gibson Guitars. 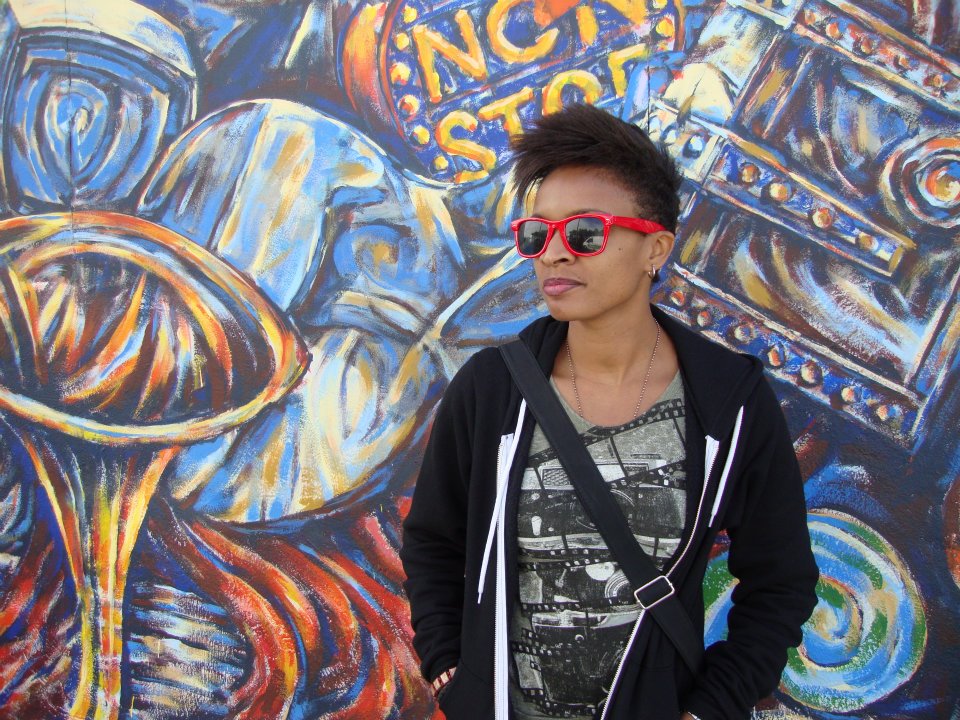 A Sherman Park native, Swan attended Milwaukee High School of the Arts and Berklee College of Music, where some of her classmates included Esperanza Spalding, Annie Clark (St. Vincent) and Eric Andre.

Last week, David Byrne performed his song “Everybody’s Coming To My House” on The Late Show with Stephen Colbert.  You can check out the performance below. David Byrne will be performing a sold-out show at The Riverside Theater on May 15.

Last year, we did a feature on Milwaukee native and musician Angie Swan.  Angie recently joined David Byrne’s band for his latest tour that supports his new album, “American Utopia.”