Watch the premiere of “B.P.A. Free” by Milwaukee’s D’Amato

Watch the premiere of “B.P.A. Free” by Milwaukee’s D’Amato 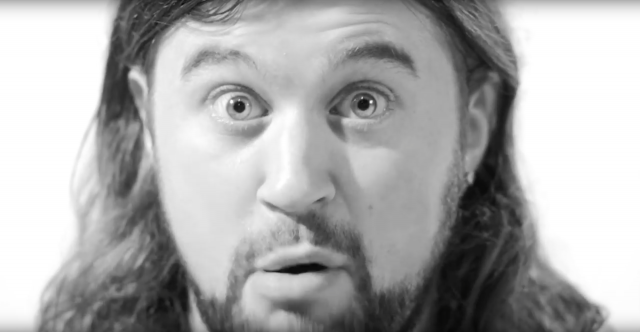 Milwaukee’s “freak” and funk purveyor D’Amato won the distinction of holding the #1 spot in our “Best of 414Live” countdown for his energy and unique style.

You’ll see plenty of that bravado and confidence you’ve come to expect from D’Amato in the music video released today.

Directed by Allie Holloway and co-directed by Earl Holloway, the video is a party on a studio set shot in black and white. Partygoers include friends and collaborators, a puppy, and more than one person dancing their pants off quite literally.

According to D’Amato, “‘B.P.A. Free’ asserts the Universal Truth that Love is, has been, and will, always be the way. Also that everyone should do more freaky deaky shit.”
On the directors, D’Amato states, “Allie and Earl Holloway are D’Amato’s adoptive parents, they live in Brooklyn.  Allie is a photographer/producer, Earl draws comics and works as an illustrator.  They are both proud of D’Amato despite him being taller than them both.”

Watch the premiere of “B.P.A. Free” by D’Amato below: